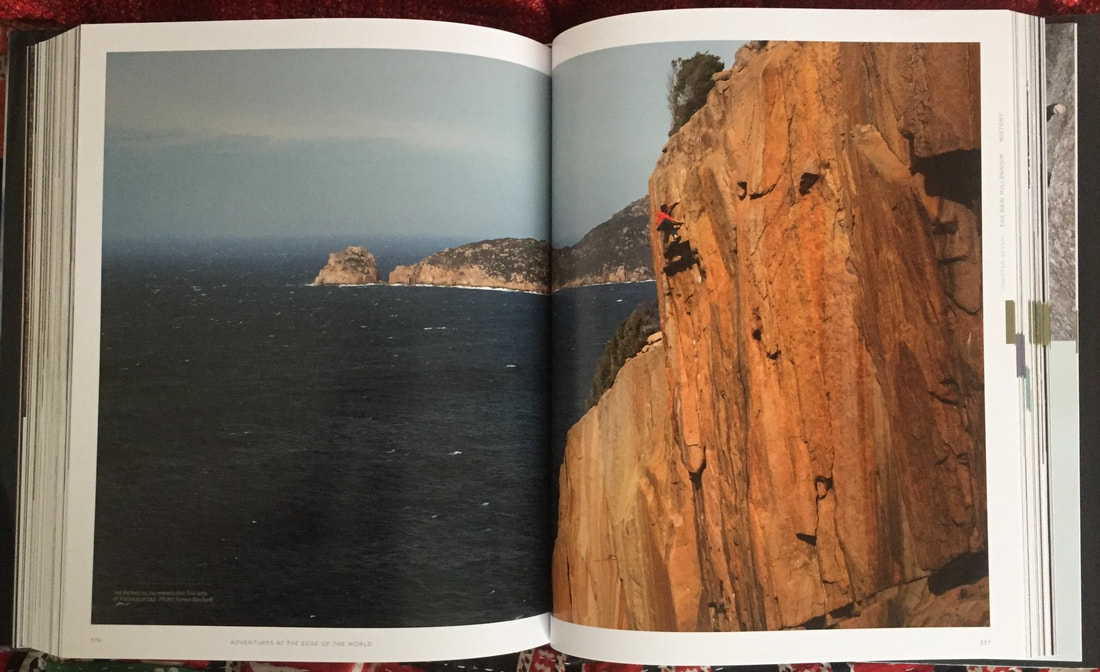 After the obligatory foreword, preface and acknowledgements followed by a very useful map of Tasmania showing the location of climbing areas, a list of contents, and a chronological overview, the editors, Gerry and Simon have written articles as a precursor to the main proceedings. What follows then is a veritable feast of climbing articles spanning the decades from the turn of the last century to the present day provided by 69 authors. Many of these are absolute classics and all are worth a read. The production and clarity of the work that contains them is ‘second to none’ and sets a new standard in Australian climbing publications.

However, I also came away with the feeling that the book had exceeded a ‘critical mass’ and some judicious editing was perhaps required to make it less wieldy. That said though, one could feel the love that the editors have lavished on their work.

In many ways the book is an assault on the senses and I don’t mean that in a negative sense. For the aficionadas’ of climbing history whether here or overseas it will be an absolute delight to read for many a long day but this then places it into a narrow niche market. My concerns are that the book is too big, too heavy and too expensive to capture a wider secular market and clientele. This is an observation rather than a criticism. While there are many articles available on Australian climbing, books of this scope are spread thinly on the ground. Gerry and Simon have produced a welcome and stunning addition to the perhaps threadbare Australian section of any climbers’ bookshelf.
To see a video about the book by one of the editors: https://vimeo.com/345155932