By Keith Bell
In a 50 plus year career there are many candidates for my best ever climbing buddy. A man’s best climbing friend; I’m doggoned if I could make a choice. In the early 1970’s on return from overseas my partner and eventual wife moved to Mount Victoria, then a sleepy little village central to the Blue Mountains, Australia climbing scene. My partner had invited an interloper to share our two story sandstone dwelling.

Two doors away lived Ian (Humzoo) Thomas, a very good friend and my usual climbing companion. Our interloper, Zac not only had appalling table manners but insisted on accompanying us whenever we went climbing. He always sat in the middle of the back seat of my Mini so my rear vision was obscured by his batman ears. When we set up for climbing, he would lie on my pack, ropes, shed clothes and then often dropped off to sleep and started snoring. 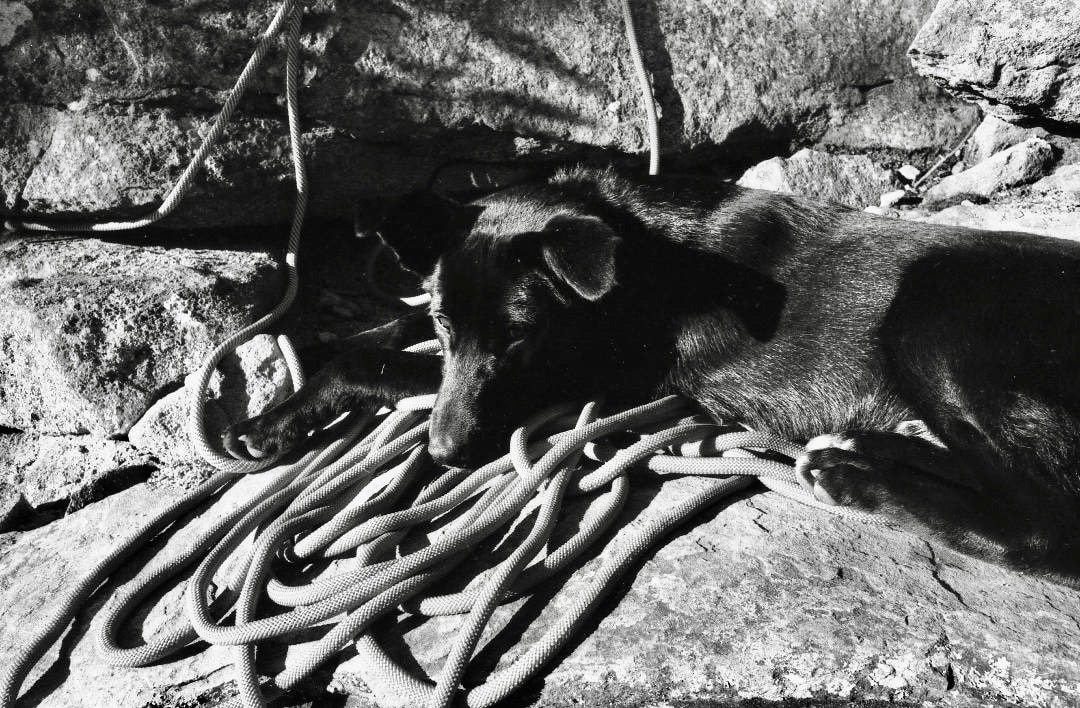 But what really got to us was when we topped out on a climb was to be lashed facially by his long, wet tongue. Zac, the black Labrador/Kelpie just loved to go climbing with us.
​
​We had also discovered a climbing El Dorado called Ikara Head in the remote, wild Grose Valley. On our first trip we walked from the roadhead to the crag with Zac in tow. On the way out we had to negotiate a 6 metre cliff and wondered how he would get up this. At the base as we pondered, Zac chimneyed between a tree and the rock, leapt onto a slabby area landing on four paws, then clawed his way up this and the steeper rock to the top. Doggoned!!!! 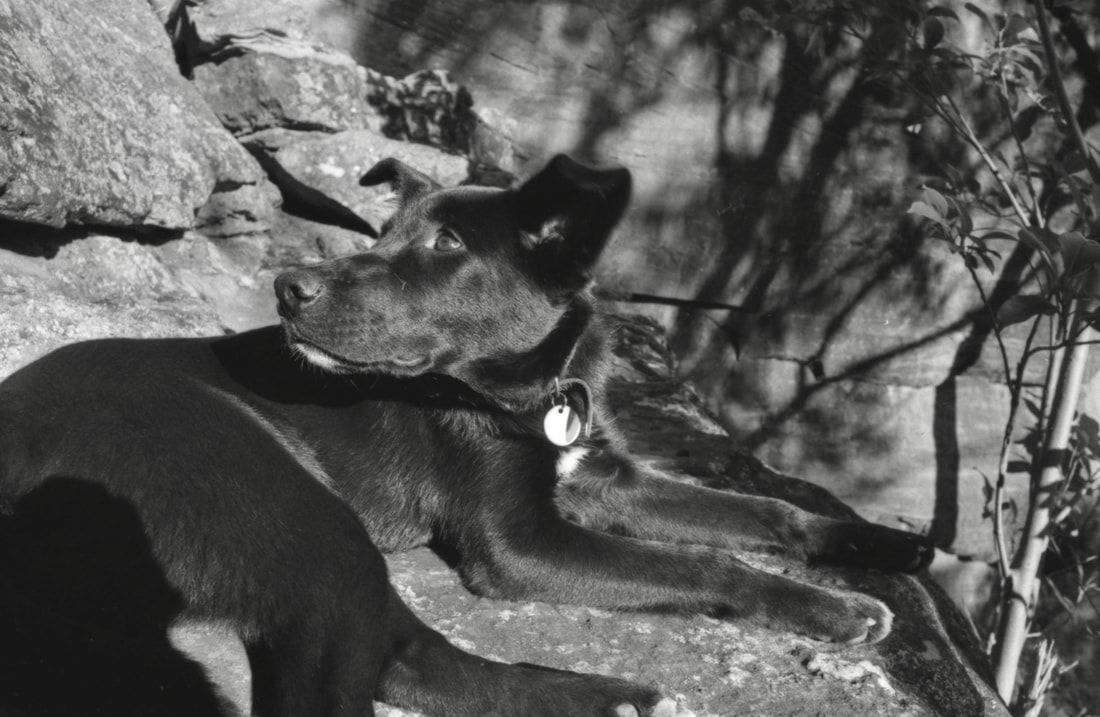 At home if he misbehaved, he was put in the backyard. Often on these occasions I would visit Zoo and find Zac nestled by the fire. Windy days were not unusual at Mt Vic and one day I walked out to see Zac swinging though the air with his teeth tightly clenched to the bottom of a blanket hanging on the line.  He really got into a shitload of trouble when my parents visited, my Mum cooked a roast then left it to cool on the back windowsill. The inevitable happened and he learnt that my mother could be a formidable woman.

Zac came climbing for many years into some steep and broken country. No matter where, he was always waiting for us to arrive at the top. Eventually age wearied him and he became the constant, gentle companion to my young daughters. In 1990 he passed away. My ephemeral companion is sorely missed but his exploit at Ikara has attained legendary status and his reputation as a climber lives on. 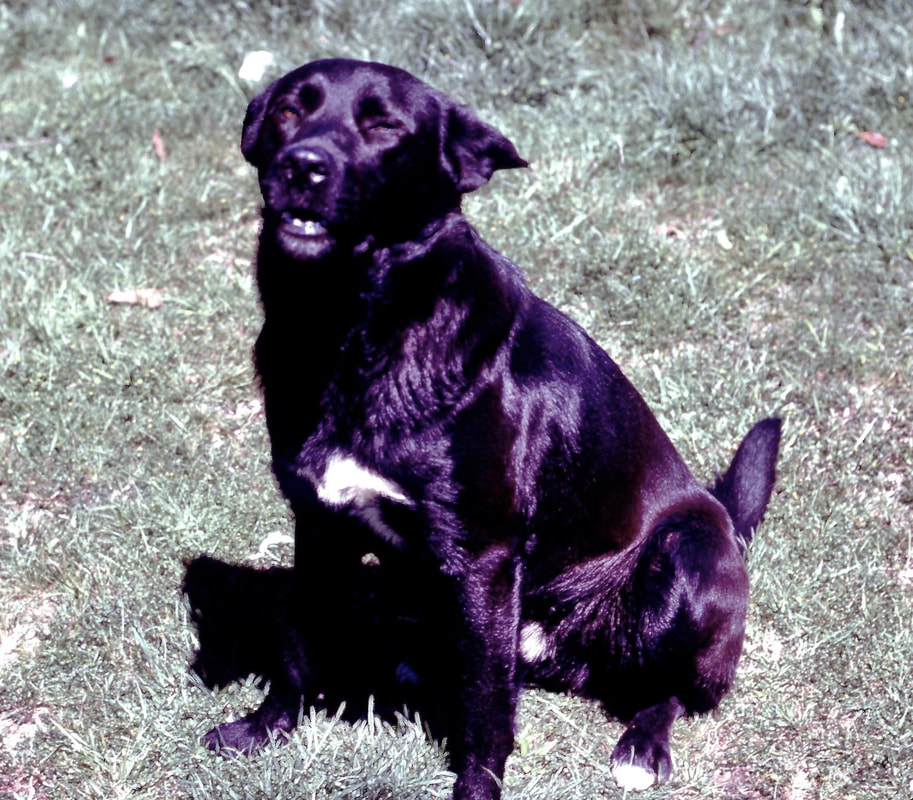