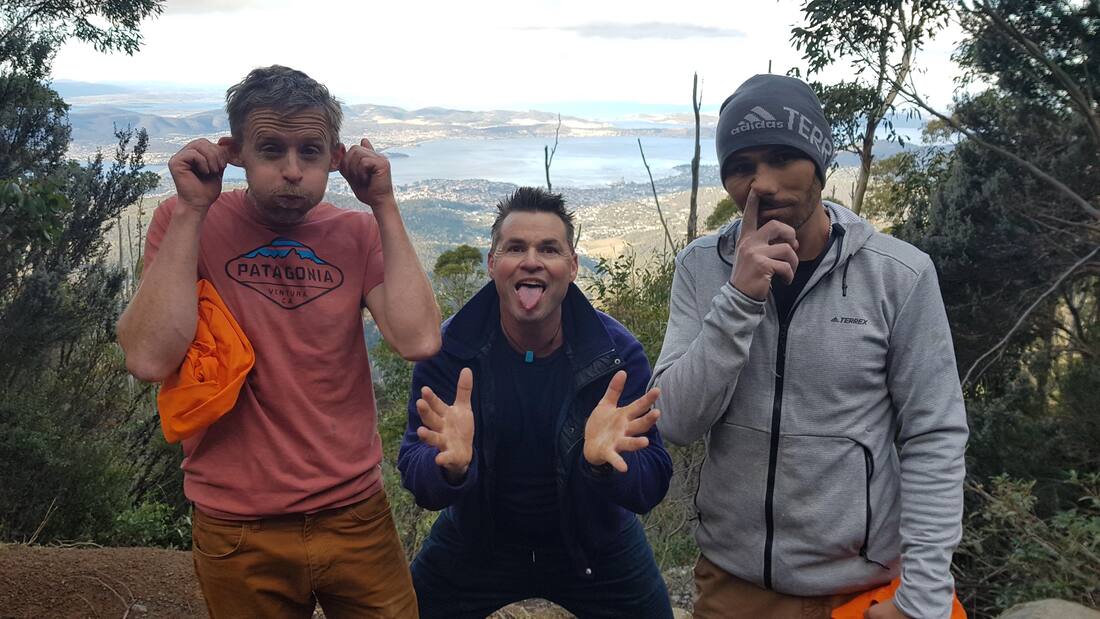 Dave Barnes is one of those climbers who just couldn't give the game away.  Dave grew up climbing, became an adult climbing, made a career from climbing and has even had climb-interrupted moments, but has returned. For him climbing is more than just sugar, it's a carb, and it fuels him for whatever life throws his way.

Dave had a curve balled thrown at him in 2018.  Whilst training for an Ironman triathlon race he pushed his body to the edge, went to sleep one evening and effectively woke up in the hospital. Dave spent the next six months recovering with a traumatic brain injury, caused by the relentless pressure he was putting on his brain due to low blood sugars from crunching out those K's in the pool, on the bike, and on the track.  He has had to go part-time in the workplace and his life has been thrown up-side-down. The positive out of all this is that the climbing community has Dave’s back. When he recovered the brain cells that were connected to his climbing past, he rejoined and he re-engaged with his old pals. He established new networks and rediscovered his love of climbing.

​Dave began climbing in his mid teens, in the late 1980's.  It was still a Bohemian type of activity back then, lost between art and sport. Climbing attracted odd balls and deep thinkers. Bolts were just being accepted as the next big thing and sport climbing was raising the bar across climbing the world over.  Climbing gyms started to appear and Dave assisted set up one of the first gyms in Australia, The Rocknasium in Sydney.
Dave shares this issue constructively with fellow climbers, just recently he took Tommy Caldwell and Kevin Jorgeson out climbing in Hobart and shared with them the climbing scene in Australia whilst showing off his local cliffs.  Dave also enjoys interviewing climbing talent. Dave says of his writing, "I don't know how I get away with it as I am such a bumbly, these guys and gals are guns."
​
Today, Dave has a family of high achieving athletes who do every sport but climbing, but as Dave says, "Each to his or her own."  His ABI (Acquired Brain Injury) and Type One Diabetes means he does not climb a lot, but when he does, he loves it as much as the ace climber. And, he’s happy sending that ace's story even if not climbing those routes!  Dave is now carving a platform to write climber's stories and to share with others the awesomeness of climbing and of being a climber on small crags to high mountains.  Dave says of climbing writing, "Its all good, as long as people enjoy what I write I will keep on sharing our stories."

David has been published in Vertical Life, Crushed, Sports and Spokes and is a regular contributor to Climbing based Social Media sites and Common Climber. Of Common Climber Dave say, "I respect Common Climber as Stef has worked very hard to bring our community a magazine that celebrates all climbers, particularly the weekend warriors, the newbie and the climbers who want to tell their stories.  It's a magazine that makes climbers feel welcome."   ​