By Tanya Dreizen
(research conducted with Carol Lee)
(Photo Credit: Daga Dygas)
Note. The IRB-approved research study described has been accepted for academic publication in the International Journal of Wilderness  (Carol Lee & Tanya Dreizin, in press).
Climbing is the reason I became interested in the outdoors. As I fell in love with the sport, I began to connect deeply with, and gain reverence for, the natural world around me. Seeing the sport grow since I began climbing over a decade ago has been exciting and positive. With new members in our community come new opportunities for folks to connect and fall in love with the outdoors.

Although outdoor climbing is (and should be) available to everyone, growing numbers of new climbers also come with new challenges, including the potential for negative environmental impacts at popular outdoor climbing areas. For example, many climbing areas face environmental issues such as erosion, increases in micro trash, poor disposal of human waste, along with social impacts, including overcrowding and excessive noise.

Having already witnessed some of the above issues at my home crag (Mokuleia, on the North Shore of Oahu), I began to think more about how to mitigate these impacts. In one of our daily text conversations, my friend Carol and I began thinking about how we could use our academic backgrounds (Carol with a PhD in clinical psychology and myself a Master’s in sustainability), love of research, and love of climbing to encourage better stewardship among climbers. We have both observed environmentally unfriendly behavior at our respective crags, and discussed what we think could be the different factors that affect whether or not climbers will act as good crag stewards. This lead us to eventually create a climber survey, but we began with identifying questions that interested both of us:

LNT is often used for hiking, backpacking and camping, but has also been adapted for rock climbing to address the impacts that climbers have on the natural environment by creating guidelines such as: 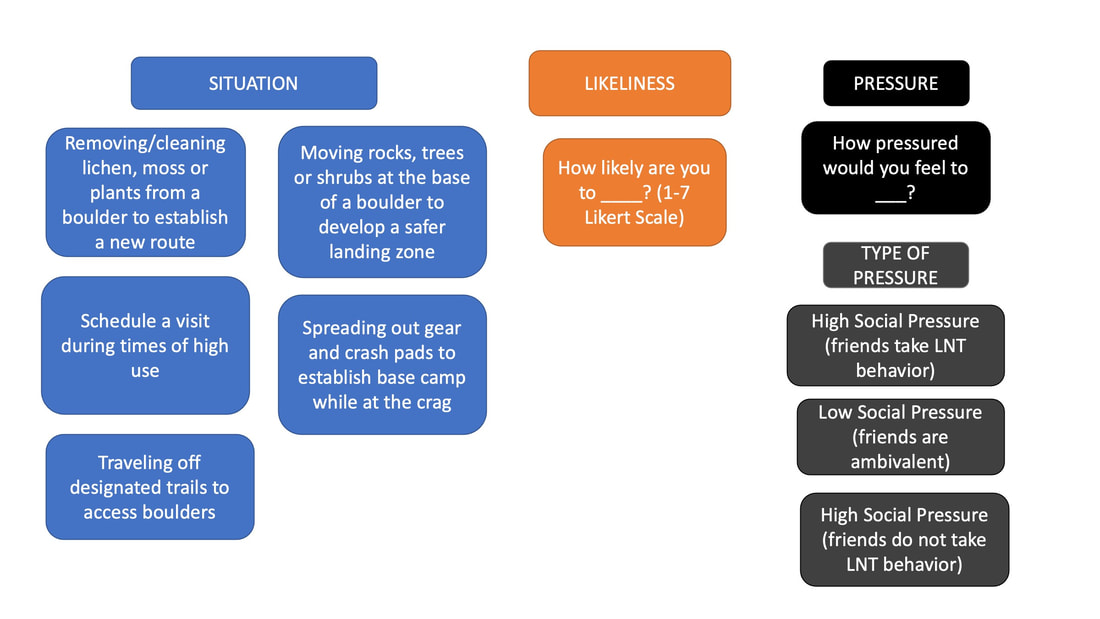 FIGURE 2: Situations presented in the survey and response options (likeliness and pressure)

Now, the fun part! We received around 370 responses to our survey, which gave us a great sample size to work with and allowed us to determine statistical significance.

The strong response is due to groups such as the Access Fund, Western Massachusetts Climbing Coalition, Kānaka Climbers and the Hawaiʻi Climbing Coalition (to name a few) sharing our survey link on their social media pages.

​Although it is possible there may be sample bias because respondents followed or are members of groups that promote LNT, we still found that respondents were more likely to adhere to LNT behaviors when their climbing partners encouraged positive LNT behaviors. Interestingly, we also found that whether an individual climbs predominantly outdoors or indoors did not indicate significant likelihood of participating in LNT behaviors.
As climbing gyms grow in number, and as more climbers recreate and train in gyms, these often become spaces where social norms, attitudes and ethics in the climbing community are created and perpetuated. ​It is crucial that gyms take on a leadership role in encouraging minimum impact climbing and promoting LNT to the broader climbing community.

To do this, we suggest that gyms prioritize education programs (i.e hosting talks or classes discussing minimal-impact climbing and increasing education about local, fragile ecosystems), increase indoor signage and posters that highlight appropriate and inappropriate LNT behaviors, and provide workshops or classes for new and experienced climbers alike to learn about climbing-specific LNT behaviors. By combining efforts and coordinating strategic messaging with climbing gyms, LCOs can emphasize education of climbing-related LNT behaviors on their websites or through various marketing materials.

It is important for groups to collaborate on messaging, because our results indicated that while many climbers understand the LNT principles, that understanding becomes less clear when it comes to specific climbing-related behaviors. For example, many individuals feel that leaving tick marks or cleaning plants is acceptable LNT behavior, when it actually does leave a trace.

Of course, sport climbing and bouldering leave traces - we know that bolts are placed and that rocks/trees/bushes are cleared to create safe landing zones or even the chalk from our hand that we leave behind on the rock. We also understand that it’s unlikely individuals will remove all the bolts or re-create unsafe landing zones - instead, we want to encourage future pro-LNT and environmentally friendly behaviors to prevent more harm.


While climbing gyms are often an entry point for new climbers and space where norms are shaped in the climbing community, there are also numerous platforms specifically for climbers on the internet. Forums, such as those on Reddit and Mountain Project, are spaces for climbers to chat with one another, find partners, and discuss climbing ethics.

With the ability to reach mass numbers of outdoor rock climbers, we also would love to see land managers, LCOs and climbing advocacy groups specifically approach influencers for partnerships to promote and model climbing-specific LNT behaviors through photos, captions, videos, and conversations on online platforms. Groups like The Access Fund and Protect Our Winters do a great job hosting influencer takeovers, but it would also be helpful to see climbing influencers more frequently post about pro-environmental behaviors and LNT while climbing.

We know that climbers care and want to preserve the special places that we love. We also know that there is more work to do to make this happen. As a large and growing community, now is the time to look at what we can do individually and collectively to ensure that we don’t destroy the fragile ecosystems that are critical not only to preserving our favorite climbing areas, but to the health and wellbeing of this planet.
* We use Leave No Trace as a framework for this study, but also refer to pro-environmental and environmentally friendly behaviors, as LNT is not always applicable. Some culture’s traditional ecological knowledge may not follow the LNT framework, but protects and stewards the environment while preserving cultural practices and knowledge.