The Legend of the ‘Unclimbable Cliff’

By Adam Donoghue
​Adam takes us to the place that time forgot -The Tyndals in South West Tasmania for some first ascents.
This story is an excerpt of Adam Donoghue's story that was published in the coffee table book "Adventures at the Edge of the World: The Epic Story of Tasmanian Rock Climbing" by Gerry Narkowicz and Simon Bischoff (Eds.) Keith Bell ​did a review of the Adventures at the End of the World for Common Climber. 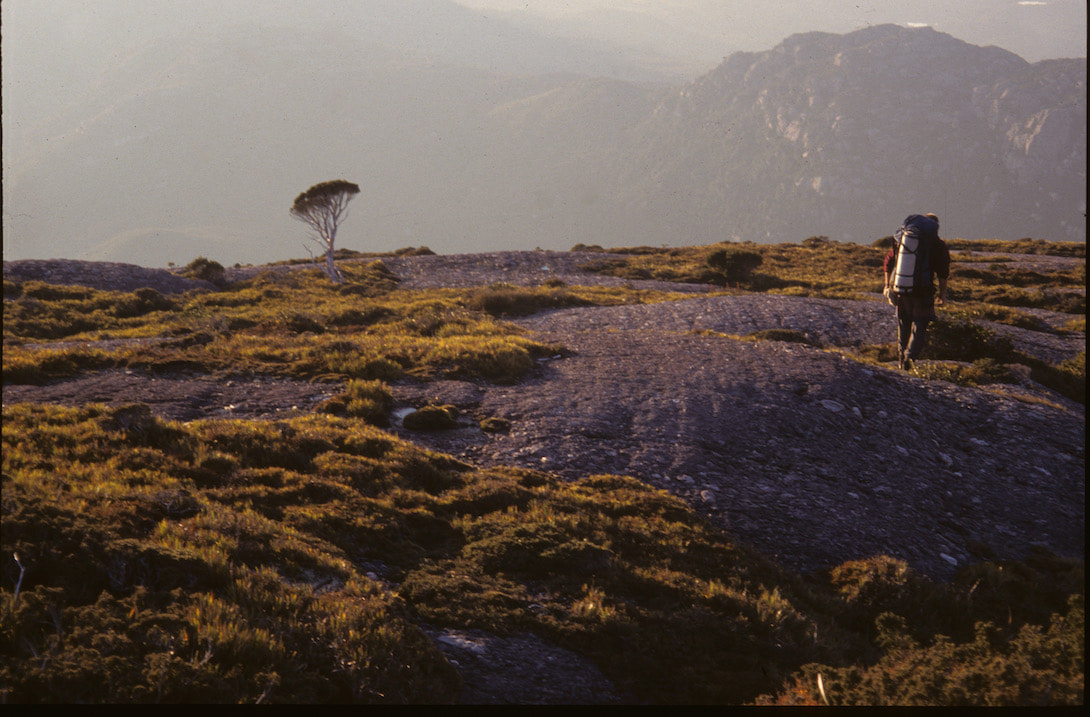 Trying my best to stay on Doug Fife's heels during my first trip to the Tyndals (Photo By: Adam Donoghue)
​I have already lost touch with a couple of people I used to be.  Back in the 90’s I was 25 and had a burning desire for adventure.  Adventure that involved uncertainty, hardship, fear and getting my arse kicked till dark, then getting up and doing it again.  I had honed my skills at Frog Buttress then cut my teeth in Yosemite for big wall adventures. Now I was ready to apply my skills and ambition on the biggest baddest climbs I could find.

Around this time I was introduced to the Tyndals of Tasmania and during the next ten years I threw myself at a collection of the hardest climbs I’d ever done.  During one of those days in the Tyndals the old me died; I lost my youthful self and morphed into a new version of climber, and a new person. Let me explain.

I had been climbing with local crusher Sam Edwards at Mt. Brown one day when I first heard about a huge ‘unclimbable cliff’ on the west coast.  He’d been dragged in there as a free climbing weapon with Garn Cooper on a trip the previous summer to climb ‘the last great unclimbed cliff in Tassie’.  He described it “as 300m high, overhanging, blank, and scary as fuck!”
​
​We arrived at the cliff top and I was blown away by the wild exposure.  A full 300m high, overhanging wall perched above a one kilometre wide lake.  It was immediately clear that this was big league stuff and you needed to be at your best, but I was feeling a little less than hotel-room-fresh. 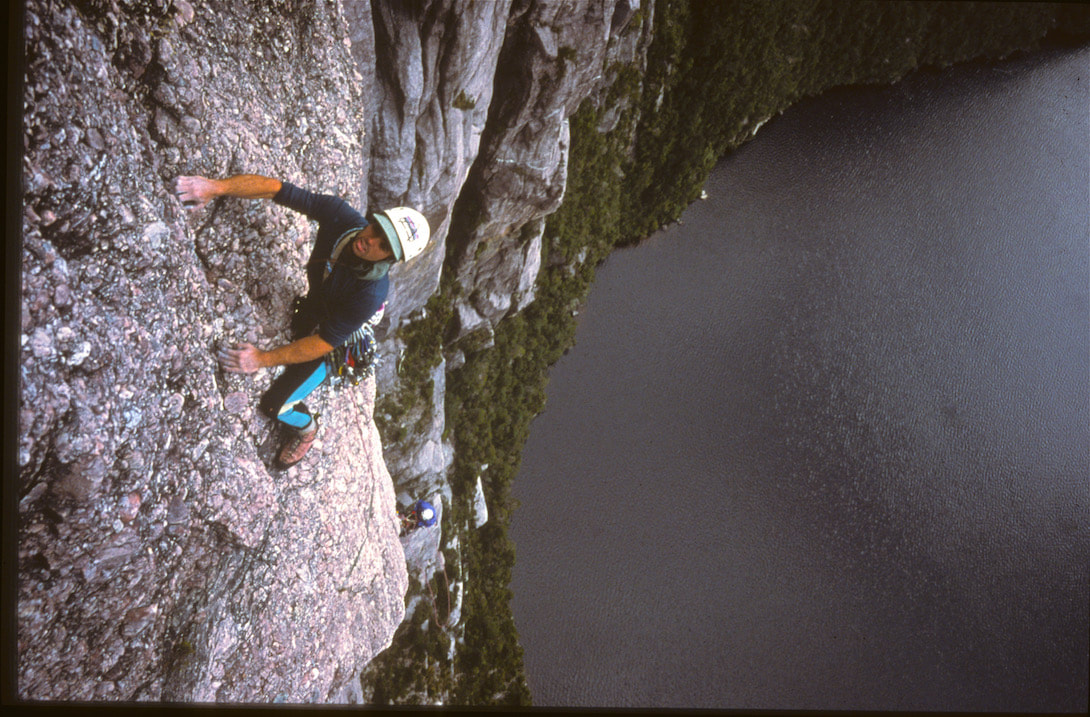 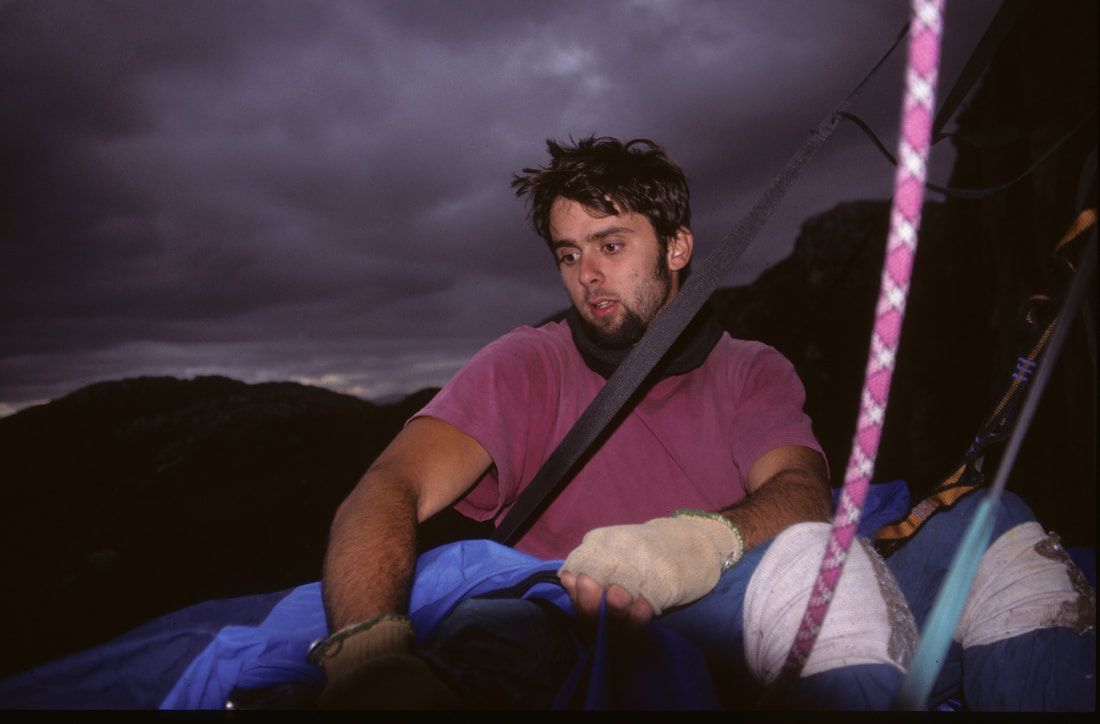 Adam Donoghue going porta-ledge style ground up during an early attempt at 'The Healer' (Photo Credit: Adam Donoghue)
​If you climb your best on a dramatic stage like the main face of Lake Huntley, it’s a day you’ll never forget.

Give it a few more trips and the memories of joy, pain, companionship, hardship, beauty, fear, and humour will surely connect you to a special place.  Landscape and memory become entwined. 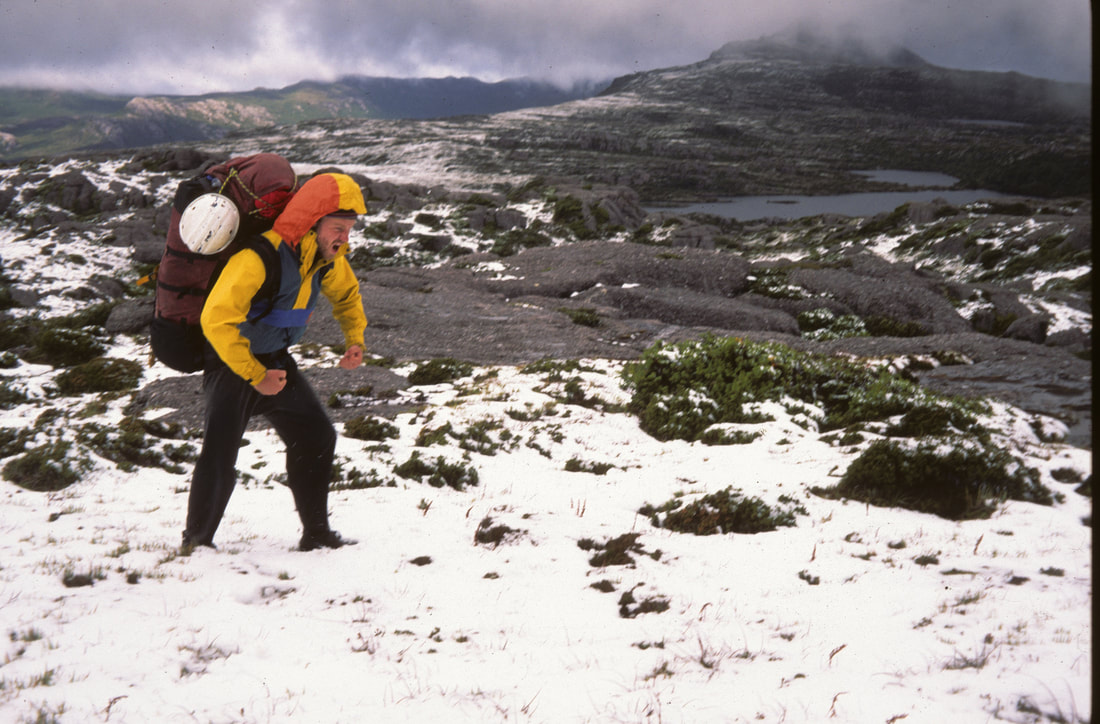 Gareth getting primal in the snow on the trip where they climbed The Healer (Photo Credit: Adam Donoghue)