​By Stefani Dawn ​
It looked innocent, easy even. The flat desert trail dropped me off at a short base of granite boulders. The climbs were, perhaps, several hundred feet away, if that. The boulder field wasn’t even that steep.

I stepped onto the first moderately-sized boulder and easily walked up its slabby face. Next came a few hops and side steps onto adjacent boulders, taking me to a narrow ridge. I walked along the ridge’s spine, steadying myself with a triangular rock that jutted up.

The boulders grew larger as I progressed upwards towards the base of the climbs. Now, I had to carefully find foot-holds and hand-holds as the boulder surfaces became more vertical. The frequency with which I had to heave my body up in short, full-body spurts increased. Sweat saturated my backpack.

I tested each foot and hand placement before every move - sweeping off grains of kitty-litter-like decomposing granite and removing flakes that crunched under pressure and barely held on.

Sometimes between the large boulders were chock-stones – smaller rocks wedged in the open spaces. Most of the stones were lodged tightly and served as stepping stones. Others, however, rocked with motion or shifted with a scraping/crumbing noise, accompanied with falling chunks that echoed into the depths below. That was a noise and sensation born of nightmares.

You see, with increasing boulder size also came huge crevices - 15, 20, 30 feet deep. Black pits that held what? Mice, snakes? One slip or dislodged chock-stone could hurl me into a hell-hole trap that would defy rescue if no one knew of my entrance into the abyss.  As I got deeper into these hell-boulderdorado boulders, I was suddenly struck with fear. I was here alone. My husband was mapping other climbing approaches and did not know of my exact location. Our walkie-talkies were out of range. If I fell would I be able to climb my way out? Would I even be found?

I realized if this approach did not reach the climbs, and if there was no other way off, I’d have to go back and re-face what I just came through. I needed to stop, drink some water, have a snack, regroup. I had to refuel and gather my wits. Every moment through this type of boulder field required all of my concentration.

I found a moderately flat boulder with partial shade from another boulder and removed my backpack. As I ate and drank in physical relief, the base of the climbs taunted me. They were close.

I looked around to find the next steps - left, right, above, below, behind, and around the corner. I saw no options as several huge boulders came together to form a tall, impassible barrier.

I retreated several moves, ass scraping over crystal razor blades, micro slicing each stitch and fiber in my pricy outdoor pants. I reminded myself that I really need to check the thrift store or slap some duct-tape on my buns.

Unwilling to give up, I tried a new angle of approach. It looked promising with smaller boulders lodged between the behemoths. Then, another dead end.

Many factors can stop you in your tracks - the angle of rock, no holds, too much exposure, the path up is taller than anticipated. Some boulder fields are friendly, others are a crap-shoot – a mix of dead-ends and smooth paths. Still others feel as though they want to eat you alive, or at least, prevent you from accessing your destination.

Which kind of boulder field was this? So far it presented itself as a barrier - a moat with the gate lifted. But with the climbs so close, and the knowledge that people have done this before, there was a way in.

I went yet another direction and lugged myself over a hold-less, bulbous, granite mound. My legs and arms were splayed across the rounded face. My thighs grabbed tightly and I compression inch-wormed my way up, finding the smallest little divits and features to increase the friction. I grunted with the effort.

When I reached the top of this small monolith, I looked down and around. A no go, again. A 20-foot deep hell-hole awaited on the other side. I slid down, micro-slicing the fibers on my inner thighs.

The pangs of frustration and exhaustion knocked at my patience.

I fully retreated to the desert floor and decided to try another tactic by moving to a completely different angle to the wall. Surrounding the wall were damn big boulders that were not going to allow me to scale them easily. Now, I found myself crawling UNDER them.

After having seen two rattlesnakes the previous day (one was curled up beneath a boulder I was about to climb under), I stomped and sang “Hey, hey snakies! You can hide now!” and tossed rocks ahead. My mind interjected images of cloudy-slit eyes and sharp fangs greeting me face-to-face. I shut out those images the best I could, trying to shift from an energy of fear to one of trust that the snake did not want to see me either.

Despite the rattlers, piles of mouse droppings, dust, pokey-things in the dirt, tight squeezes, and threats of rocks falling on top of me, being beneath the boulders had the advantage of being much cooler and there was no exposure from falling.  But, the deeper in I went, the more maze-like it became.

My GPS unit no longer worked beneath the rocks, so I took manual data points and detailed photos (to help with my own orientation and document the photos on a map, if the approach proved viable). I also built small cairns to help me find my way back out.

Eventually I was forced to climb upwards and boulder hop again, but I was met with the same fate. The climbs were 30 feet away and I could not get to them! Perhaps I took wrong turns or did not have enough bravery to reach the climbs, but it just was not going to happen.

By now I had wasted nearly 2 hours on this unsuccessful endeavor and there were hundreds of more crags to map. It was time to let this one go and mark this set of climbs a “good luck with that!” (GLWT) approach.

I don’t like concluding with GLWT. It leaves me with an unfinished feeling. But, adding a GLWT or a memo such as “looks deceptively easy to get to…” still tells a story and gives climbers who use the map a “fair warning” of what they, too, may encounter. I figure, now, at least, climbers can choose the extent of their pre-climbing adventure (or epic), rather than being unexpectedly pummeled. 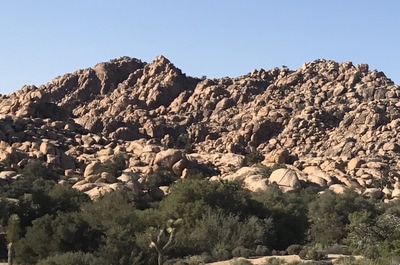 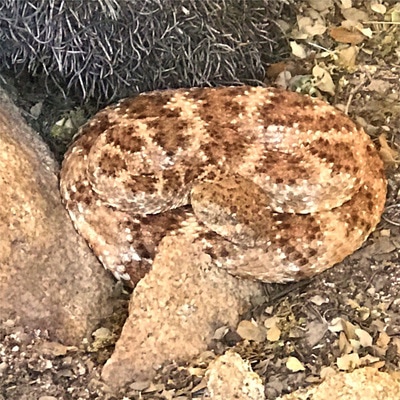