By Tony Ferrar
Gripped. That’s the word for it. I’d just climbed three quarters of a route when I found a great place to “rest” – a larger handhold, a few flaky edges for my feet, all on an overhang. I’d hang from one hand and shake out the other, then switch when I couldn’t hold on anymore. Shake. Switch. Shake. Switch. After a while I couldn’t tell whether it was helping or hurting and so I continued to climb. Two moves later I found myself desperately slapping for a hold. I hoped I had the strength left to latch on. I didn’t. Slap. Slip. Airborne.

​It took me five or six more tries to complete the moves and make it to the top of the route. I guess I’ll have to come back and try this thing again!

As I look back on that climb, I can’t help but notice that I’ve changed in the last year. When I first arrived in Las Vegas, my climbing was dictated by one thing: fear. The fear of falling drove me to pick routes I knew I’d be able to climb without falling. If it looked like I might not send on my first attempt, I wouldn’t climb it.

As I grew acclimated to climbing on a regular basis, my fear subsided (for the most part). I learned to distinguish between safe and dangerous falls. Most places on most routes, the fall is ok to take. Occasionally you find yourself in a dangerous “no fall” situation, and you have to deal with it in the moment.

​Having put away my fear, my climbing became driven by another attitude: pride. I subtly shifted my language from “I think I can” to “I should be able to.” Every success validated my confidence, and every failure was a frustration point. If I fell, I’d get ticked off and beat myself up because “I should have been able to.”

I started pushing into harder grades (harder for me anyhow) and found myself falling more. I finally found my first project route. This was the first time I’d ever tried a route unsuccessfully, and then come back on multiple days to try again and again before finally sending it. I even managed to “unsend” it – I came back again and fell. It took two more trips to send again
Video of  "unsending" Caustic (5.11b/22) with a big whipper and an "uncertain" cheering squad in the background! 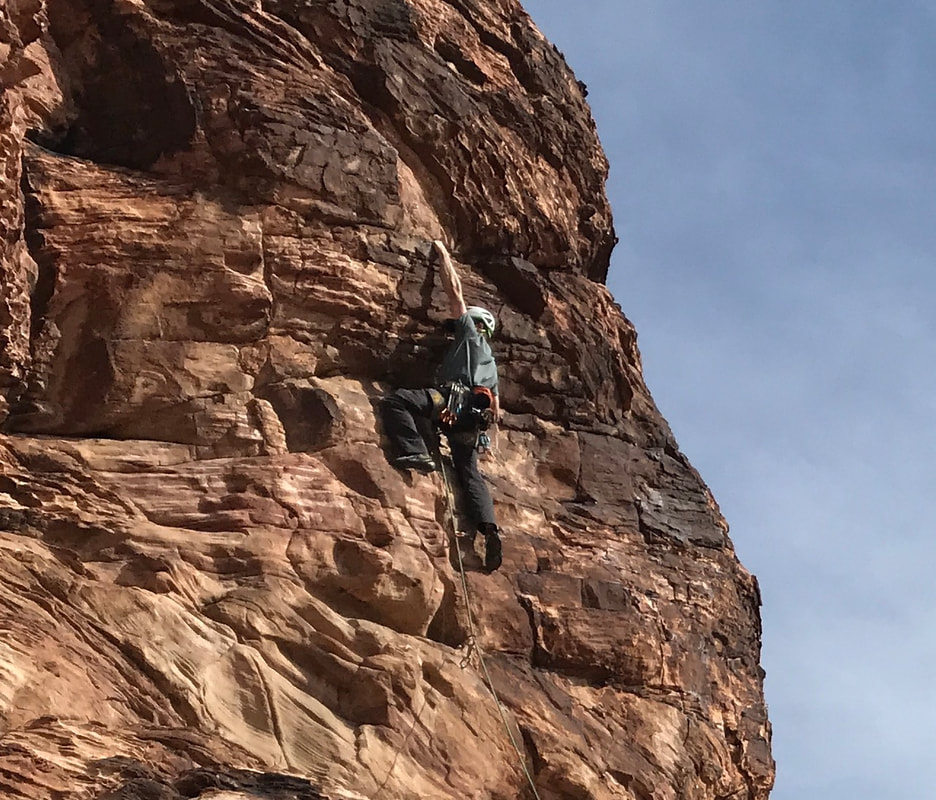 There's a Difference Between Training and Performance

Check out Tony's Common Climber Bio and blog and podcast at: ​https://www.tonyferrar.com/