Hey Matt, thanks so much for taking the time to share with Common Climber! We love to get to know the people behind the photos.

You live in the Portland, OR area. What do you do there?

I help run Stoneworks Climbing Gym with my dad, Robert. It’s one of the last “mom and pop” gyms around and has a really amazing community. We’ve seen three generations of climbers pass through and when I sit down and think about the idea of that climbing lineage (of someone who brought their kids in to climb and now their kids have kids who are climbing) it’s really special. I get a lot of satisfaction and joy from being there, especially coaching the youth team and setting routes.

​I also write for Nike Sportswear, creating copy for their lifestyle shoes. It’s a fun environment and my office is at Nike World Headquarters, which allows me to take “creative breaks” and wander around the beautiful campus, its gardens, lake and forests.

When I’m not at Stonework or Nike, I write poetry and essays. Some of these have been published, others seem to be consistently in editing phase and a few I get to share with audiences at readings. Recently, I was invited to Brooklyn to read at the new Brooklyn library

Portalege, gear, and vistas in Yosemite, CA
Then, after I experienced my first wall – the Zodiac at age 18 – I was so filled with fear and exhaustion and bewilderment I wasn’t sure if it was for me. But on day three I had a kind of epiphany. Adventure, yes. Freedom, yes. But also, the capacity to take in something bigger than ourselves—life performed on a macro and micro levels simultaneously.

As a teenager, this feeling was incredible, and it continues to be; to deal with the unknown, the fear, the pain and everything else that is symbolic of life through a very condensed time frame. To hold ancient ribbons of lava and exfoliating flakes on Half Dome; to see the chatter markings of glaciers that disappeared thousands of years ago; to see a tiny succulent blooming in a crack—astonishing.

So at 18, I found myself sitting on Peanut Ledge on the Zodiac, pretty close to the summit, having the feeling of time moving like a snail—the wind slowly pulled our ropes perpendicular to the wall, huge trees swayed far below, the rock face of Cathedral was silent and still as shadow and sunlight grew and shrank across it. I stared over Yosemite Valley. My friend Laban and I had no real idea what we were doing; Dave Turner and Chongo had let us borrow gear and quickly showed us the basics, but we hardly knew anything. I mean, we barely had our licenses, we didn’t have girlfriends, yet there we were nearing the summit of El Cap. We’d fixed a broken portaledge and overcome sickness. We’d also done the whole route clean. It was the strange simultaneous feeling of being small and insignificant alongside the feeling of wonder and being fortunate. 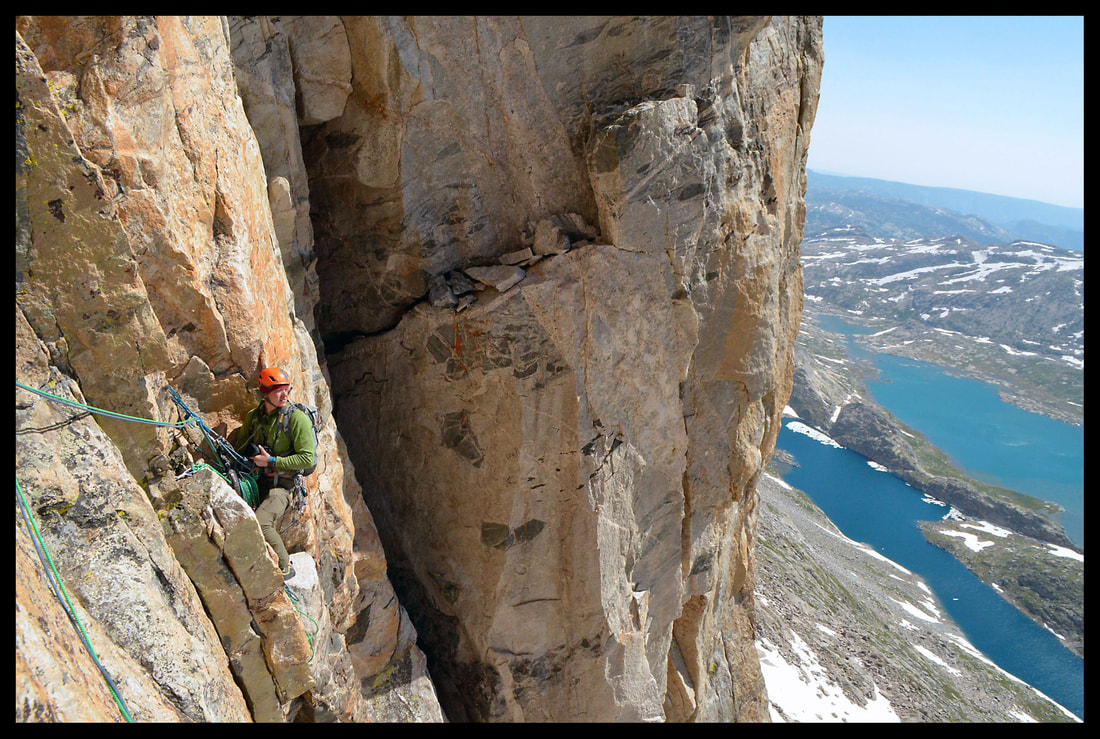 A first ascent attempt with climbing partner Blake, Fremont Peak in the Wind River Range.
Do you have a poem about big wall climbing you’d be willing to share?

This is one I wrote a few years back. It began from a prompt that used the quintessential question, why climb.
===

Matt Spohn is a poet, essayist, and explorer. He received his MFA in creative writing from Pacific University and has been published in Alpinist, Climbing, Rock & Ice and more. He is the recipient of a 2018 RACC (Regional Arts and Culture Council) grant and is a staff writer for Nike Sportswear. Matt has free climbed El Capitan, climbed on five continents, and established First Ascents throughout the US. He lives in Portland, Oregon with his wife, Michelle, and their Chihuahuas Zoozoo and Cashew. 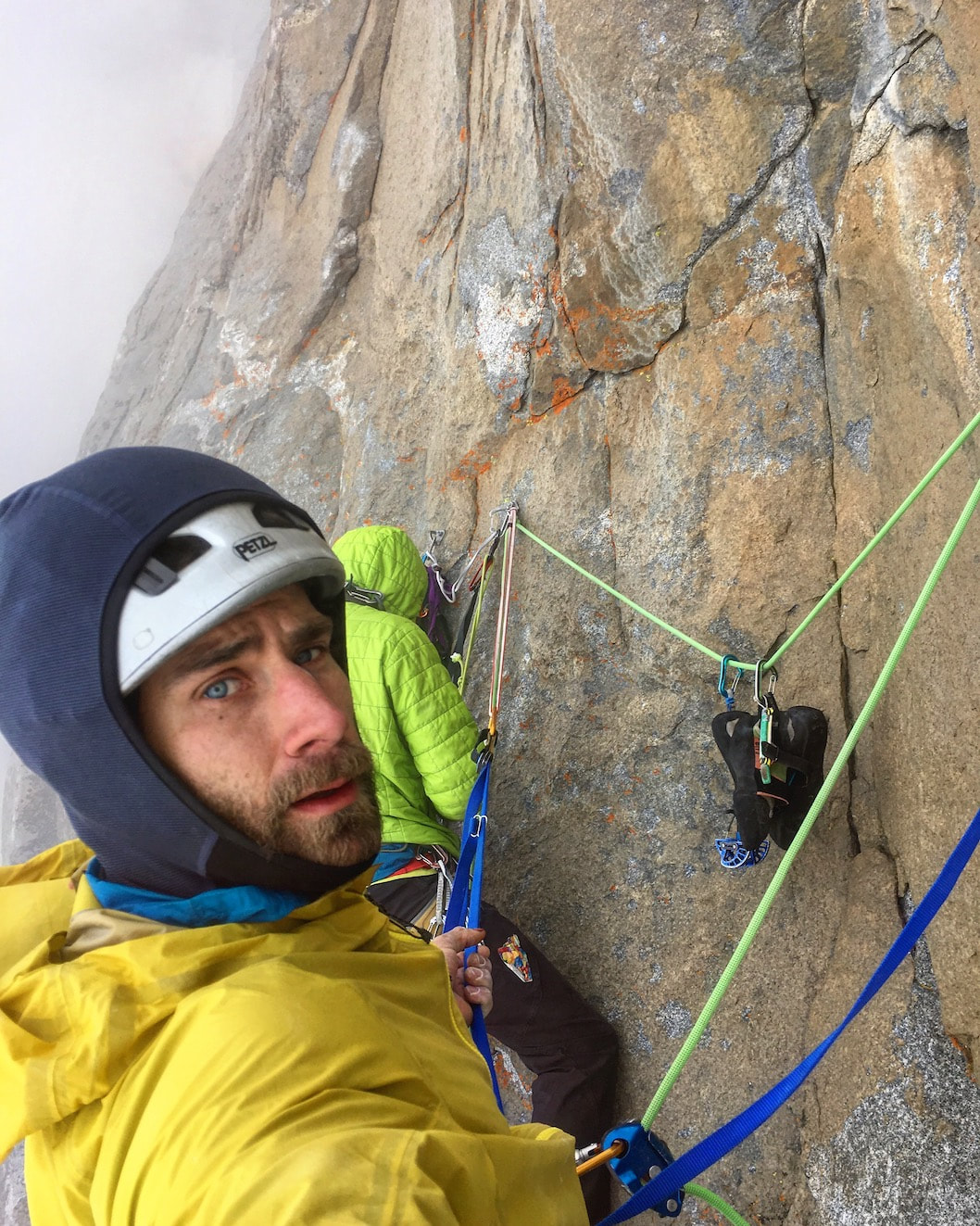