It's All Up From Here: Ian Elliot

By Dave Barnes
This article is an extended version of a joint publication with the Australian/New Zealand print climbing magazine Vertical Life. It was published in the Winter 2022 edition 39.
​Ian happened upon climbing twenty-seven years ago on a bushwalk at Girraween, Queensland. After chatting with some climbers, they offered him some gear and a climb. After ten metres of climbing, he summitted, elated with a sense of achievement all climbers are familiar with. A taste became a hunger. Listening to Ian speak about climbing is like watching a boy play cricket in the backyard.
​“I remember an epic day with Frey when things got dark on Lamplighter (14/5.6), a classic route on the back of the Pharos at Arapiles. Frey led the first pitch but didn’t climb high enough which caused some route-finding confusion. I found myself setting off on Judgement Day (19/5.10b) with 80 kilometer per hour (50 mph) winds racing through Pharos Gully! That is the most committing trad route I have done.”

Ian is a guy from the farming game and grew up near Coolum. He has changed course through the years from going from farming to mineral exploration for mining companies, tramping throughout Central Queensland searching for rocks. “Between farming and metal exploration I did good and retired at 53.”​
He adds, “Because I live near the Cave, I don’t have to do all the hard climbs in a day like the climbers from Brisbane who have limited time. I equally enjoy giving other climbers a catch.”

This discipline and camaraderie have had more rewards for Ian than building muscle memory.

“It takes time for me to recover on Coolum climbs, so in-between I socialise. I try to be a role model and show what can be achieved.”

There is also common sense.

“Most hard stuff I gotta work. It’s not worth messing around if I’m not going to yield a result so I’ll take a rest day with Jannette [His wife]."

​’m not sure if Jannette see’s it the same way. Janette shared with me the following antidote of her man. “Early in his climbing I came downstairs and suddenly saw this giant spider doing pull-ups from the framework of the house. It was Ian of course!” 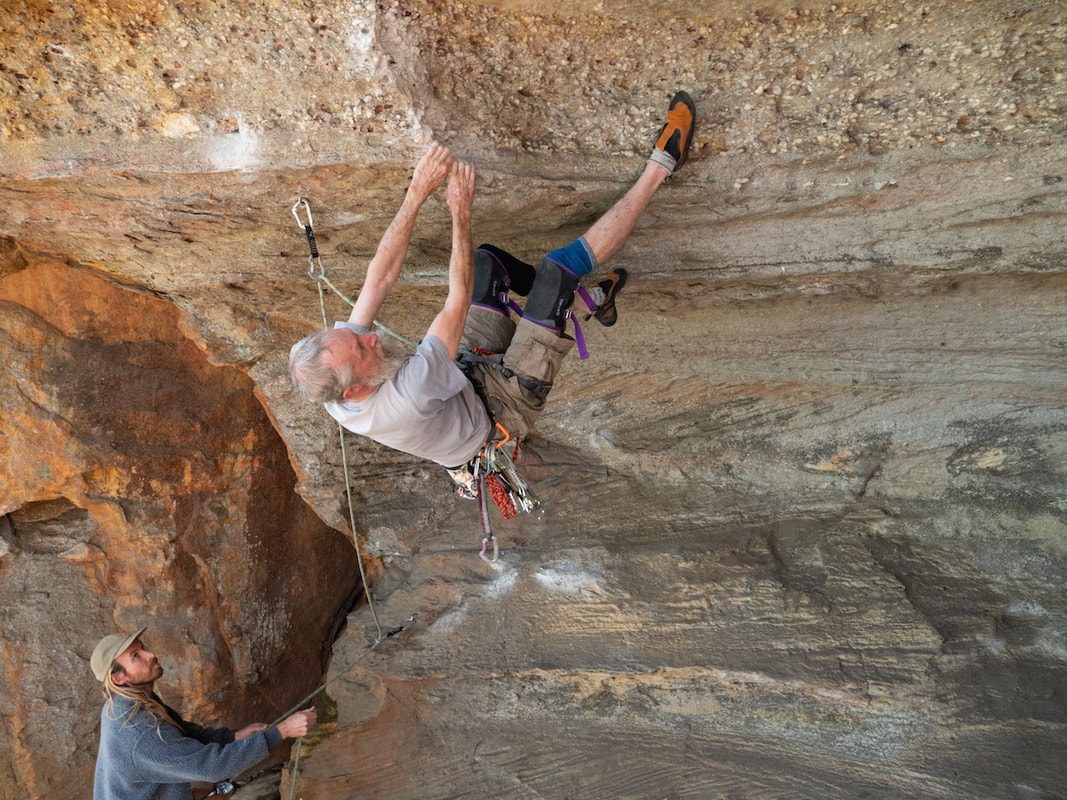 Ian Elliot is on "Little Wednesday" (25/5.11d) at Brooyer, Queensland, Australia. (Photo Credit: Matt Raimondo)
“I pulled a hamstring at the start of Weapon of Choice a couple of years back attempting a hard heel hook. I modified the move to avoid putting pressure on my body.” Even through injury he routinely ventured up to the cave to support and catch his friends. Lucy Stirling, a prominent Queensland climber, said this of his eventual send.

“Sending Call of Duty was only a matter of time for Ian and I'm certain we'll be seeing more exciting ascents from him soon.”

He does have other issues including the oncoming freight train that is aging. The more he spoke the more this reality was exposed.

“As you age your cardio doesn’t work so well. I don’t process oxygen as efficiently as the young crew, so I practise effective breathing, seek out rests for momentary recovery more than the average climber. I often restore a safe heart rate before moving on. Older climbers need to keep it within their ability.”

Healing can take longer so the skinning Ian received catching knee bars and wild hooks on steep stone was an initial problem, as it has been for other climbers in the cave. He and his friends developed a solution; old wetsuits were cut up and put on to protect their skin. Ian added, “Today they’ve developed new apparel for climbers that help you stick.” Ian has grown with the game and uses all he has learnt to secure that extra inch of gain. ​
Ian looks up to others too. Walter Bonatti is a climbing hero who climbed into his golden years and Ian is motivated by his example. Closer to home it is the men that gave him his first roped climbs, Frey Yule, and Matt Eaton. He also has respect for Zac Vertrees, Garth Miller, Tom O’Halloran, and Lucy Stirling.

Lucy Stirling added this. “What an incredibly wonderful person to be at the crag with. Ian has a big heart and is such an inspiration to me and to all of us Queensland climbers.”

It will be interesting to watch where next Ian focuses his climbing energy. When most aging folks work on the premise of diminishing returns Ian just keeps on rocking and inspiring others. He wants other wrinklies to know you can stay active and hard without Viagra. “Just get out there and do it, have a go.”
​
That sounds like sage advice. ​ 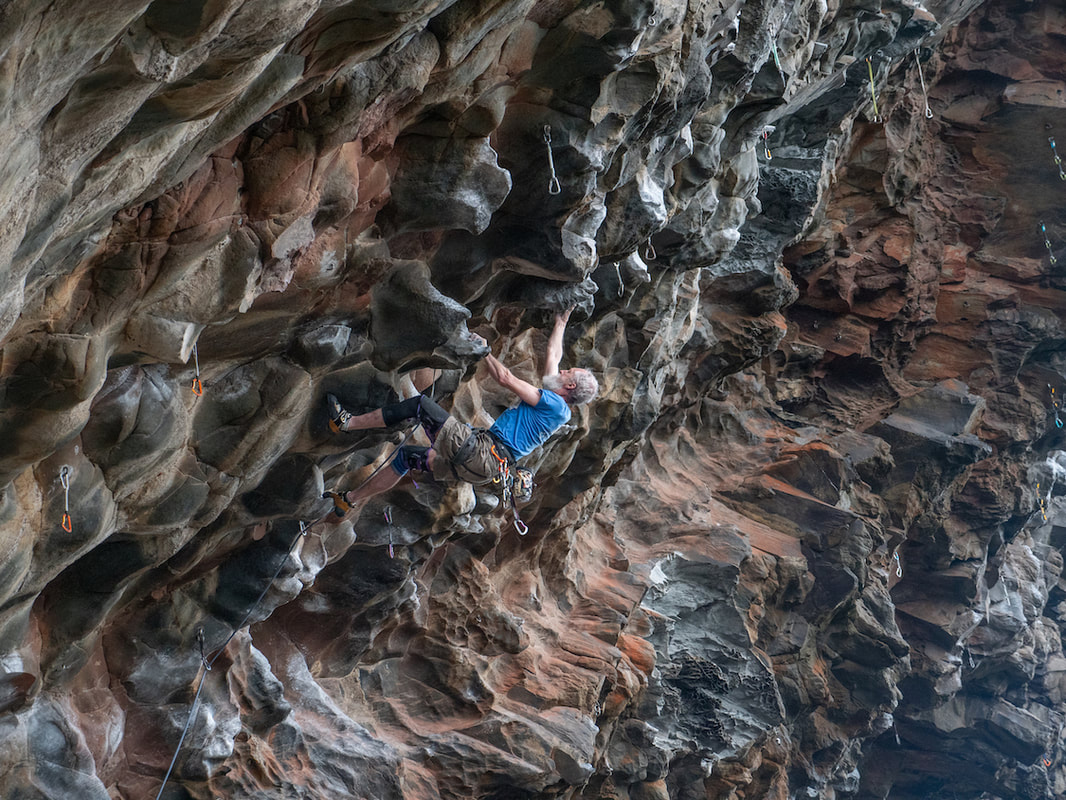