By Stefani Dawn
I am.

Those are powerful words that convey essence, being, and existence. Our being - our I AM - simply IS.

Although we as humans are fluid and our perspectives about ourselves and our world can shift with time, experience, and education, there are also elements inseparable from the “I am.” Those elements are undeniably core. When the reality of our “I am” is ignored, it calls deeply to be seen, heard, and respected through action, lest we fall into despair.

For some, climbing and being in the mountains is an “I am” level calling – if it is not done, if the mountains and the rock are absent, existence in this world is unbearable. The same is true for honoring our gender. I’m not talking about whether you have breasts, a penis, or a vagina; I’m talking about everything related to that all-encompassing word gender: our relationship and connection with our own body; how we truly desire to dress and look; our mannerisms and how we naturally talk; and most importantly, how we FEEL. When we allow ourselves to be at our most natural, our gender is part of “I am,” and it is unique and individual.

Of course gender is complex. We are constantly being influenced by and even rebelling against societal “norms,” social media, and advertising telling us what a “real man” or “real woman” looks or acts like. For some those representations ring true, for others they are an absolute denial of the self.

As humans though, we like to fit things into tidy boxes: male, female, black, white, married, single, gay, straight, hip, nerd, pious, sinner, good, bad. It’s our own way of controlling the terrifying unknowns of the universe. But such categorization gives a false sense of control. Although categorizing can help us frame things, intuitively we know that the world is far more complex and every possible variation exists.

I ask you to do this because I’d like you to connect with this article and connect with another human being - climber Claire Larson. Claire, first and foremost is a climber doing what each of seeks in our lives: self-actualization - honoring ourselves to the point where our actions align with what brings true joy. For Claire, this means being a climber and a woman.

At birth Claire was assigned a “male” gender, but as mentioned above, gender goes far beyond body parts. Claire is, and always has been, a girl. However, the “tidy boxes” and societal “norms” were constantly pushing her into being male – or what she, her family, and all those around her, thought that meant.

This internal pull towards being female coupled with societal pushes towards being male generated such intense internal conflicts that she struggled with depression and ultimately attempted to take her own life. What kind of society are we that we would create such barriers and circumstances that someone feels dying is the only way out? If we call ourselves a compassionate society, then we must show compassion.

Fortunately, Claire survived. In her healing process she has fully embraced the “I AM,” which means being a female ice climber training to be an alpinist. To honor that dream Claire has settled down in Bozeman, Montana where she originally went to college to climb and study film and photography. But, during her first stint in Bozeman, Claire was a “male” to the outside world.

After graduating from college Claire spent time in San Francisco and then New Zealand. In New Zealand the queer, straight, male, female, open-box, closed-box conflicts came into crystal-clear focus. Claire was working at a restaurant that actually had more non-New Zealanders employed than New Zealanders. It was the most toxic, overtly bigoted, racist, homophobic place she had ever encountered. Yet once she stepped outside of those kitchen walls, she found the New Zealanders to be some of the most caring, open-minded, non-judgmental people. The realization of the clear differences between her home nation and New Zealand, coupled with the immediate and extremely toxic working environment, amplified in Claire a deep loss and despair. Claire attempted suicide.

Claire returned to the U.S. and checked herself into a mental health facility. Here she was introduced to the healing world of therapy. Upon release Claire went home to Kansas to regroup and seek the support of her family to allow her true self to emerge. It was a learning process for everyone, but through therapy, self-acceptance, and self-actualization, Claire now feels excitement and joy. She can be herself, finally.

When Claire announced that she was going back to Bozeman, friends and family initially questioned her choice. They wondered, “Why not go back to San Francisco where there is a large representation of transgender people? Why place yourself into a community that is full of homophobia and transphobia?”

“Because I love it there,” was her response. “Because I climb rocks, ice, and mountains. I cannot separate being trans from my climbing.” 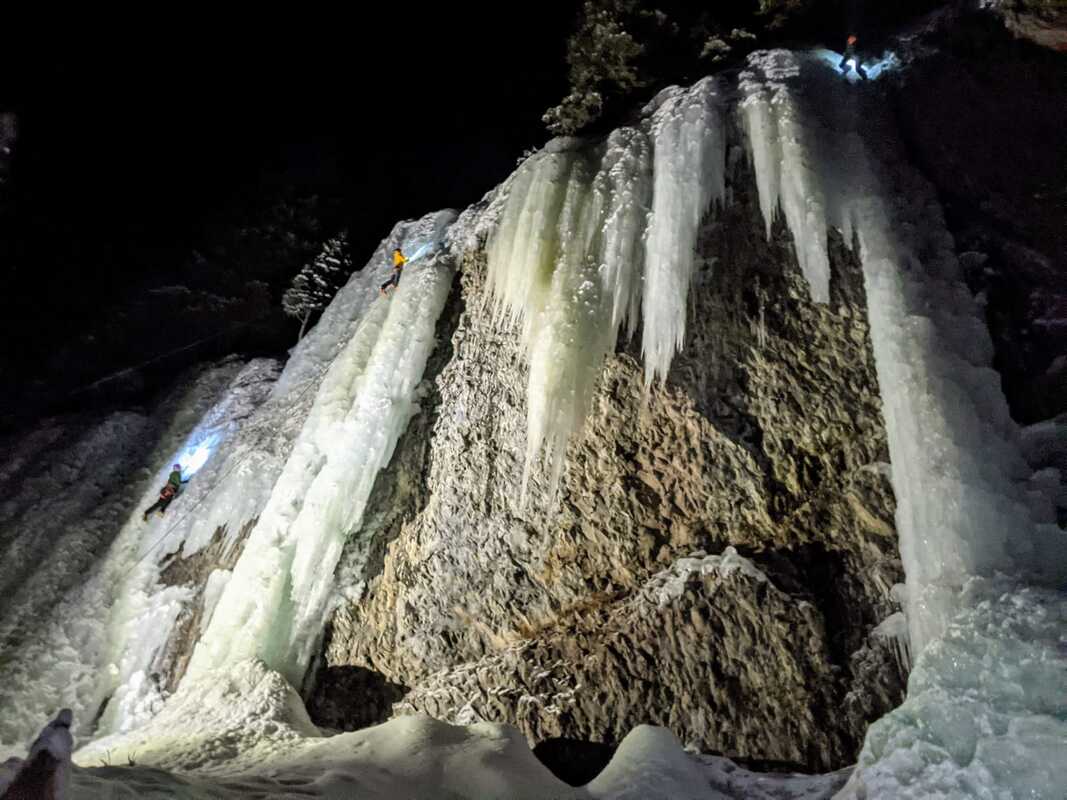 Claire Larson ice climbing in the green jacket. Photo Credit: Michelle Ridge.
​As a society we demonstrate our growth when our thinking reaches a point where people can freely live where they choose. Claire has an unquestionable right to be wherever she wants, climbing whatever she wants, safely, without fear, and with the full support of the people around her.

I asked Claire how she felt talking about being a trans-climber. She said, “I don’t want to be recognized as a trans-climber. I just want to be Claire, a climber. But I also realize that when I was 16-years old, 18-years old, I didn’t have the language of being transgender. There was no one to look up to, no one like me, no role models. I had nobody. That was very lonely and difficult. Right now, GNC people - gender non-conforming, trans, and two-spirit people, which is like a third gender common in some Native American Communities - are among the first generations demanding significant and equal space in our society. In order to obtain that space, we must be willing to speak. If me sharing my story helps one person recognize how awesome it is that they exist, then it’s worth it.”

As for Claire’s photography and film, she tried the freelance life that it requires and didn’t like it. Her preference is working in the kitchen and a steady pay check and embracing photography for her own creative expression. Claire currently captures photos of transgender people living in rural areas.

When asked about the representation of LGBTQ in climbing, Claire said she would love to see more representation in leadership, mentoring, and guiding. Claire mentions Nikki Smith as an example for leadership and that Nikki hosted the first Queer Ice Clinic in Bozeman. Unfortunately, COVID nixed the 2020 clinic, but hopefully subsequent years will allow this important festival to continue.

When asked about her climbing goals, Claire said this year she is working on being a confident lead climber, both on the rock and on ice. Her vision is to apply those skills to bigger alpine climbs, and Bozeman is the perfect place to do that. 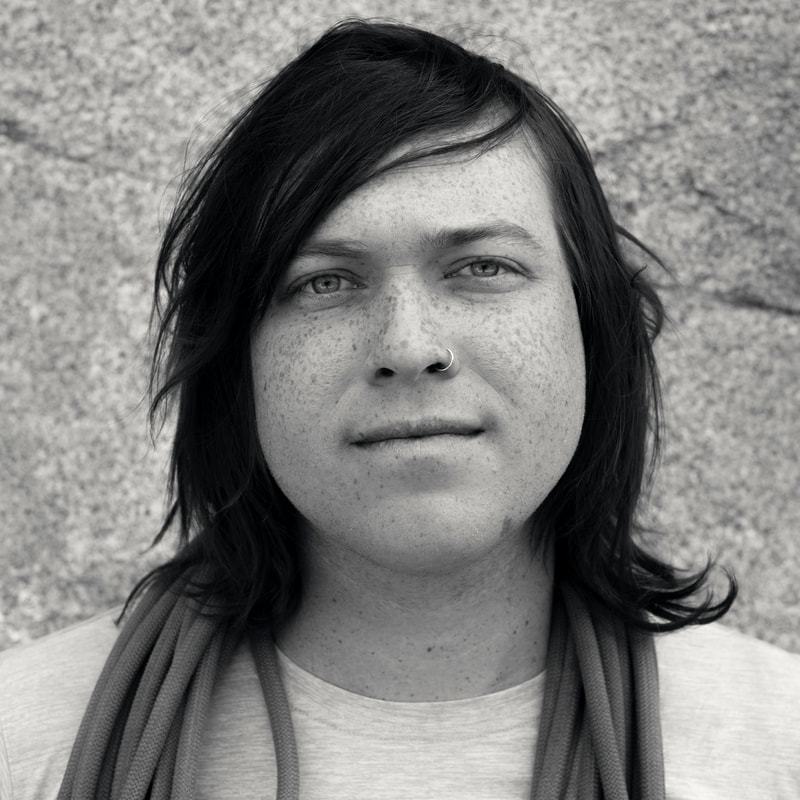 Those outside of the LGBTQ community may have some questions about LGBTQ and transgender people. Here are a few basics to raise your awareness.

What is the difference between transgender, cross dresser, and drag?

According to the GLAAD (Gay & Lesbian Alliance Against Defamation) Media Reference Guide here are some helpful definitions:

How does transgender relate to sexuality?

Transgender is lumped into the acronym LGTBQ [Lesbian, Gay, Transgender, Bi-Sexual, or Queer/Questioning (which refers to questioning their sexual orientation] but transgender is distinct from sexual orientation. Transgender refers to when a person feels and sees themselves differently from the gender assigned to them at birth. It’s about who you ARE. This can mean a person born as a male is actually female. A person born as a female is actually a male. Or they can be non-binary, when their gender cannot be defined as male or female.

Below are some specific tips about how to respect and support transgender people. If you want to more details about each tip please visit the GLAAD website:


Below are some helpful resources from the GLAAD Media Institute