The ground rules for climbing location "yeahs" and "neahs" 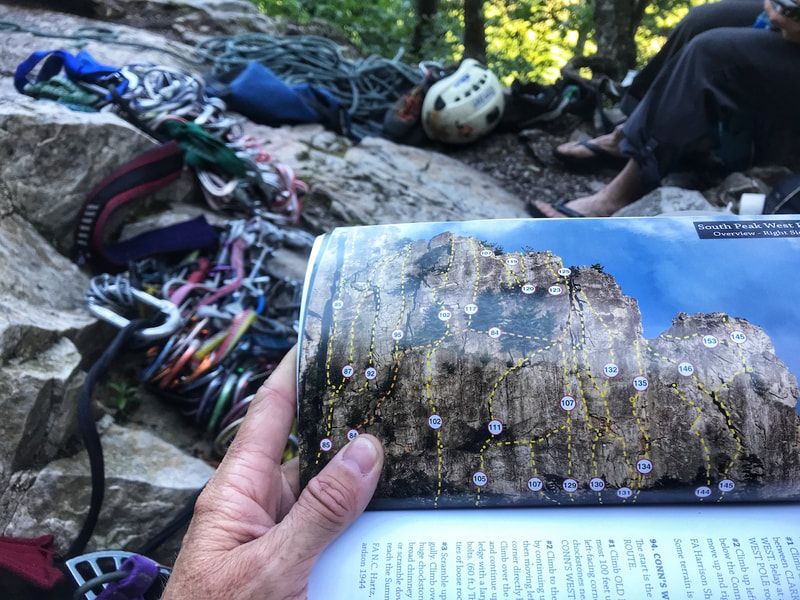 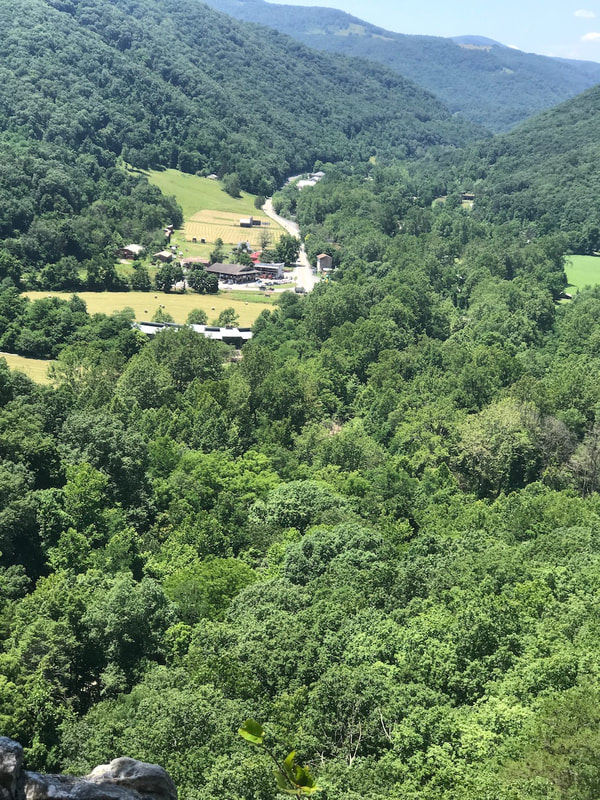 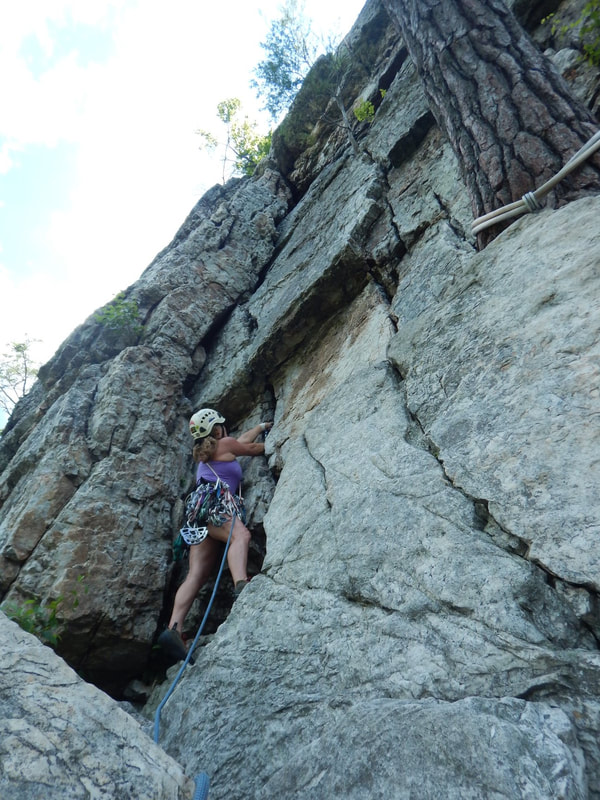 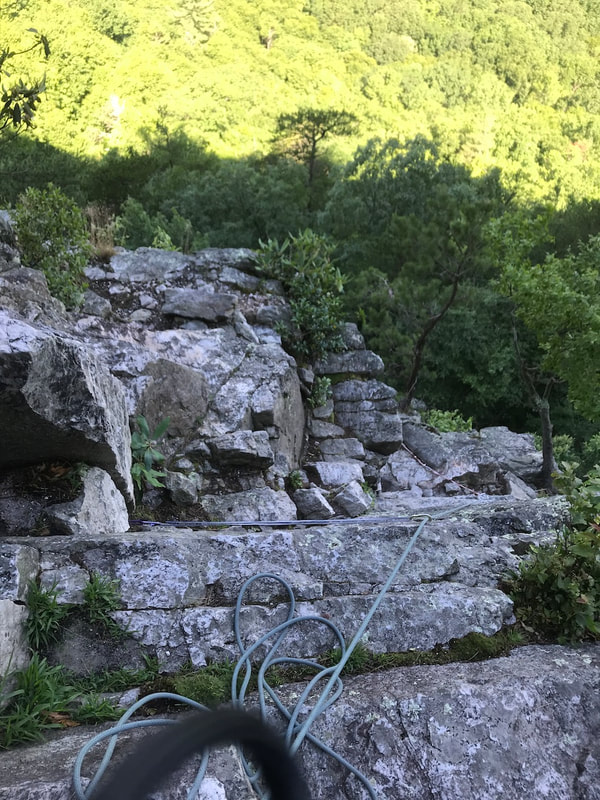 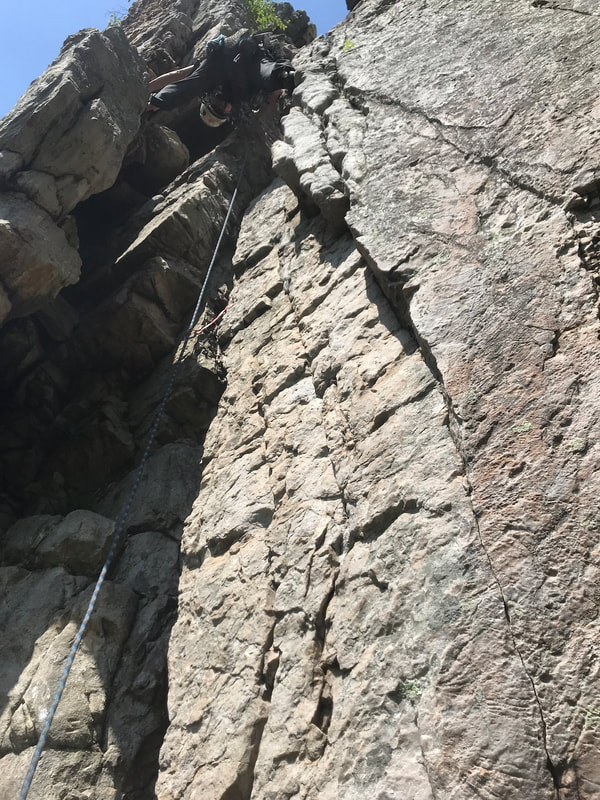 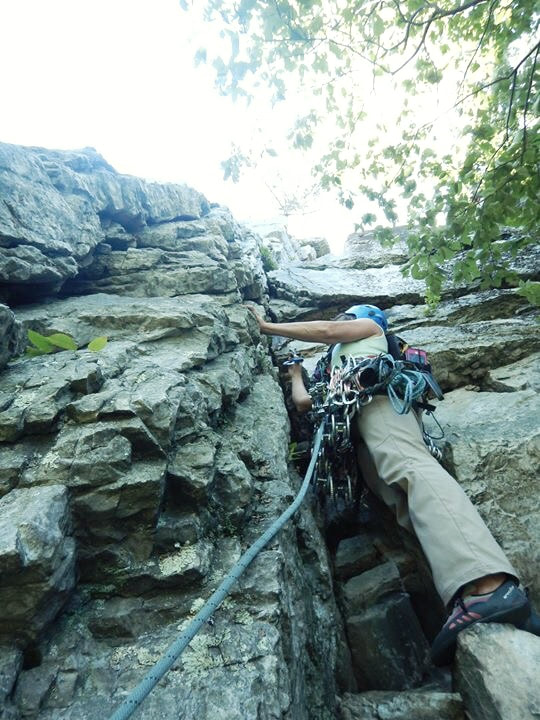 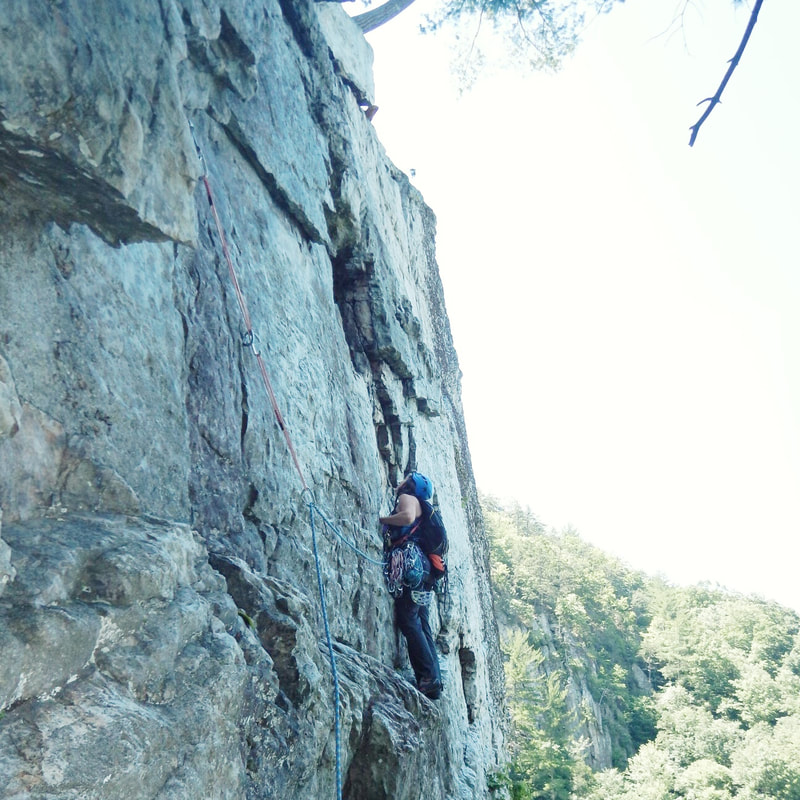 Seneca Rocks is a dramatic, fin-shaped, quartzite formation that emerges from a mountainside in eastern West Virginia. Although easy to access via trails from the nearby road (and from its prevalent parking), the area itself is somewhat isolated from the larger east coast cities that surround it.  You have to take windy two-lane roads into the Monongahela National Forest to the tiny 4- or 5-building town of Seneca.

There larger towns with big amenities are at least an hour's drive. There are two restaurants and a small general store in Seneca itself, but it is best to come packed with your favorite foods. You can get ice and basics at the local store.

Seneca Rocks has one of the oldest contemporary rock climbing histories in the U.S., and, as a result, has VERY old school (i.e. sandbagged) ratings. Many of the named routes were established in the late 1930s and through the 1940s when the U.S. used the site for military rock climbing/mountaineering training. Route development continued through the 50s, 60s, 70s, and 80s. A few newer routes have been established, including a few scattered sport routes, some trad routes with a bolt here and there to protect a few long, blank sections of rock, and some bolted anchors for rappelling - but, in general, bolting is not part of the ethics here.

Even as of 2019, there is little to no cell phone reception, except for AT&T, which can be accessed from a church parking lot a few miles south of the Forest Service Seneca Shadows campground on highway 33. Free WIFI is available at the Yokum’s store.

Seneca Rocks is located in eastern West Virginia:
Directions will vary depending on your place of origin, but basically it is found at the intersection of highways 28 & 33.

Seneca is quite possibly the most sandbagged area in the nation. At the very least it is in good company with other known old-school sandbagged areas like Joshua Tree, CA and The Gunks, NY. A 5.4 climb here is serious.

As mentioned above, you will see an occasional bolt or two to supplement gear on some of the harder climbs, and you will run across the occasional bolted anchor. There are a few hidden “sport” climbs here and there, but all-in-all this is a traditional climbing area, where you will need gear to both climb and build anchors.

Gear placement here can be tricky, as cracks tend to be oddly shaped or flared. Be prepared to stay in a stance for a while to find a secure placement that doesn’t leave you wondering if that placement will hold.

The primary guidebook for the area is “Seneca: The Climber’s Guide.” The 3rd edition was released in 2017 by Tony Barnes and Kevin O’Brien. The route descriptions in this guidebook are basically the same as the previous editions, but this latest edition provides high quality color photos. Unfortunately the latest edition also has some errors and there are a stack of loose pages added to the book with corrections. Don’t loose those pages!

Mountain Project is a great supplement to the guidebook, often providing photos of what the climbs looks like at the start of each pitch, which is often obscured in the overview photos provided in the Barnes guidebooks. Mountain Project can also provide some useful beta about rappelling (which isn’t always obvious where to find a station, whether you need a 60m or 70m, or whether you might even need two ropes.

The rock here is Quartzite. Quartzite is a metamorphic rock that was originally sandstone and then compressed under tectonic pressure. Quartzite tends to be very hard, but fractures easily (which gives Seneca its ledgey, flakey, sometimes chossy/loose rock personality). Occasionally you experience quartzite’s sandstone history in a grainy texture with good friction, but quartzite can also tend towards the smoother side. Water and frequent climbing can make it slick (along with the lichen and moss you find on the rock at Seneca.) Seneca’s rock is very similar to that in The Gunks.

Quartzite is not to be confused with quartz monzonite, which is an igneous rock in the granite family.

The climbing style is traditional, vertical, and varied – face, crack, offwidth, chimney, roof – with a variety of holds (flake, crimp, pinches, sloper).  You may encounter each of these within a two-pitch climb. The climbing is not boring here – to say the least.

Ledges are commonplace. You will use them to traverse, to belay from, and surmount to get to the next spot. Because of the prevalence of ledges, bring LOTS of long slings to prevent rope drag, and be prepared that decking potential is high. If you are visiting Seneca for the first time, try climbing a variety of grades well below your normal onsight limit - to test your comfort level and prevent unnecessary injury.

Seneca Shadows is a large, well-appointed Forest Service campground with running water, flush toilets and showers. The camping price includes the showers (and if you aren’t camping there you cay pay for a shower for just $5 – it is an honor system, so be honorable).

Campsites include a walk-in tent area to private sites with and without electrical hookup. The campground is located off HWY 33 a couple miles south of Seneca. You can make reservations or just show up.

Yokum’s Vacation Land has a variety of camping options, as well as cabins. For reference, Yokum’s is also the general store and houses one of the local restaurants.

For those with RVs wanting the full wifi and hookups there is Seneca Rocks RV Resort.

With a little search you can also find additional cabins to rent.