Photos and Story By Radek Chalupa
With so many international borders still closed, we once again reached for our rolodex of climbing destinations and flipped through to the “winter escape” section; and there was Egypt, practically at the top. The search for a local Sinai fixer was pretty quick since the recent drivers of route development in the area have been the British and the Russians; and among those it was only Misha who was living there full time. We pinged him with the usual request – streamline the local logistics for us but let us climb by ourselves – and he was game.
​
We outlined an itinerary, purchased airline tickets, and started looking around for places that would reliably allow us to do a Covid PCR test – a requirement for entering Egypt – within 3 days of departure. This last piece was not trivial as most places in the U.S. offered no guarantees and were subject to the fluctuating local caseloads. We opted to hedge our bets by getting the testing done at a few places: two mail-in companies and two local clinics. Unbeknownst to us, one of the local places had a fast turnaround option and we got the results in the email before we could drive home from the clinic. Thankfully there were no positives among the ones that came back later. 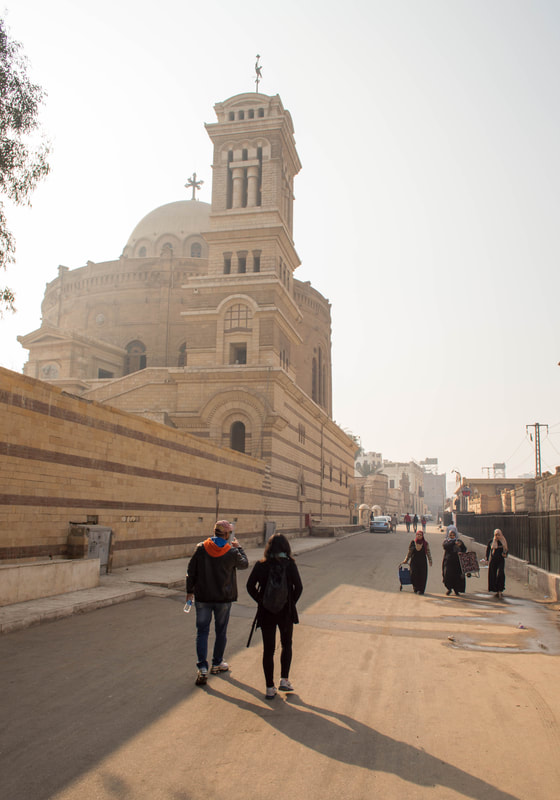 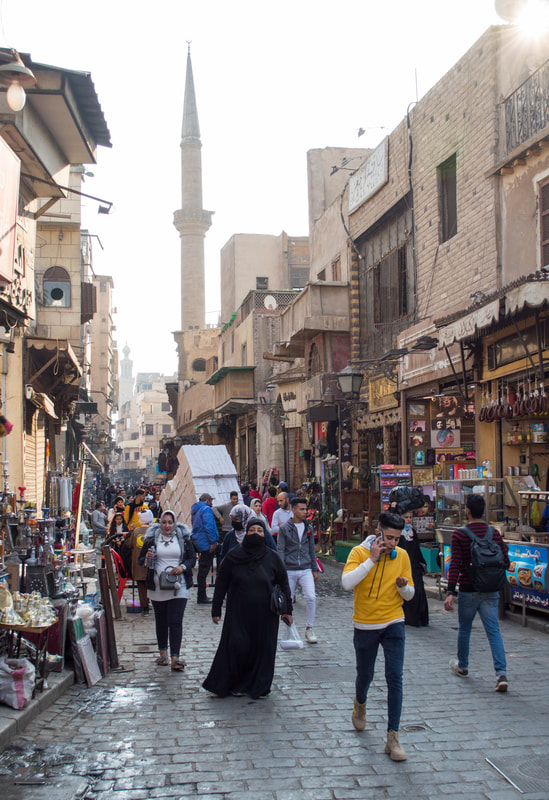 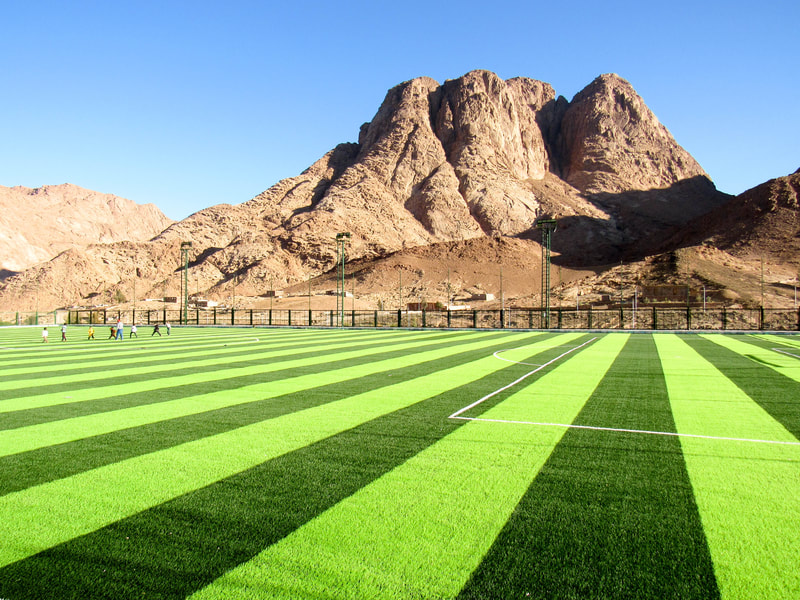 We set off on our journey to Cairo at midday on a Saturday and arrived in the middle of the night on Sunday. A quick night in a Cairo airport hotel was followed by a morning hop to Sharm El-Sheikh where Misha was waiting for us. From there we drove two hours – passing numerous police and military checkpoints – to the village of St. Catherine, which is just south of the center of the Sinai Peninsula. There we would stay in a place called Fox Camp for five nights. The place was certainly not busy but there were a handful of other visitors (Europeans) and even a few climbers (all of them Ukrainian). 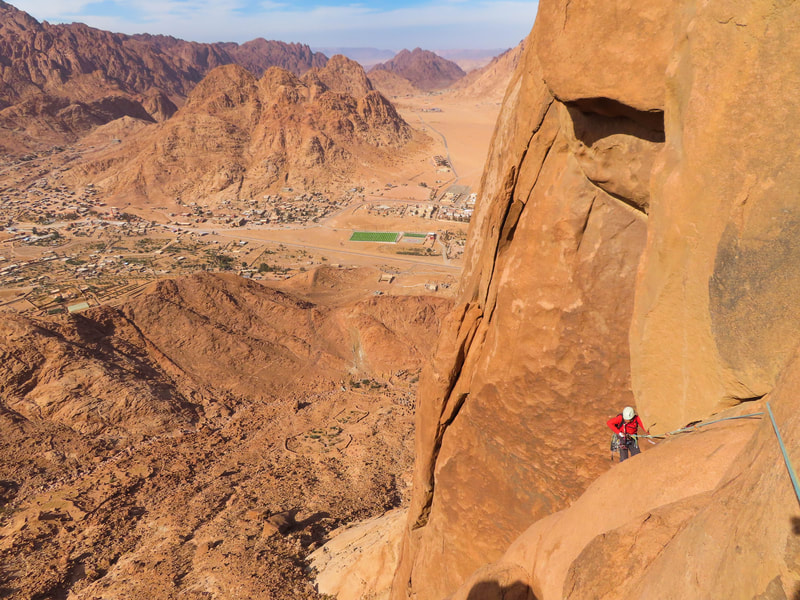 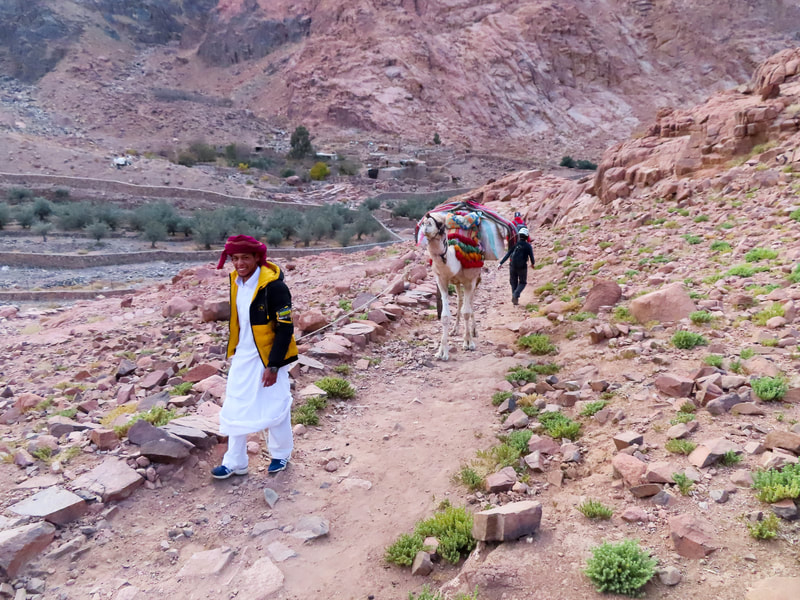 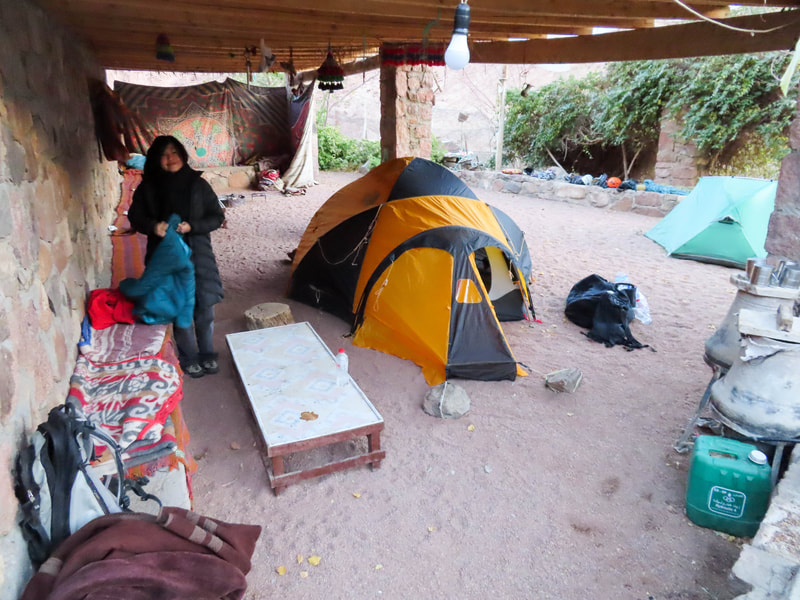 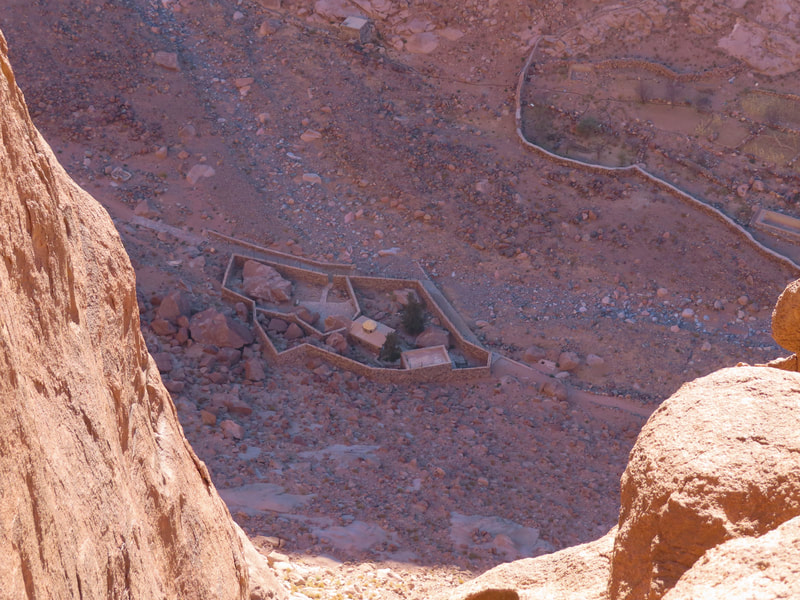 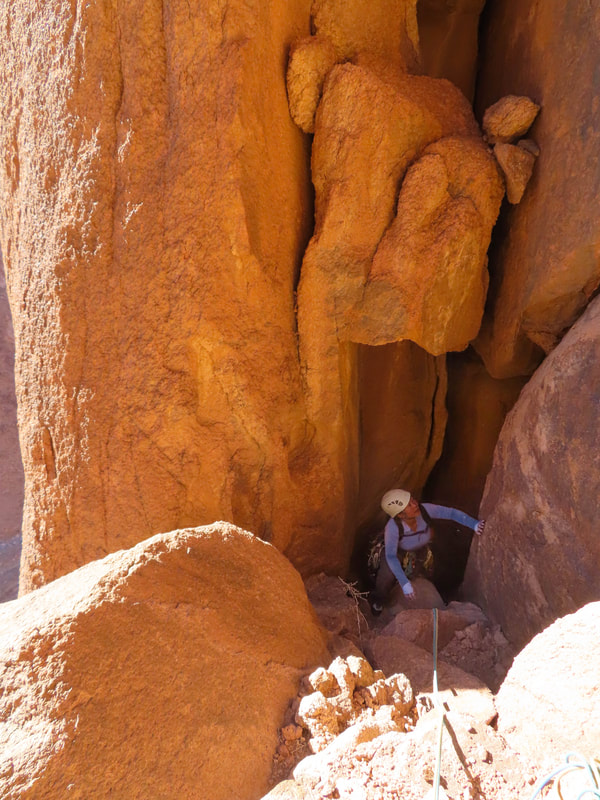 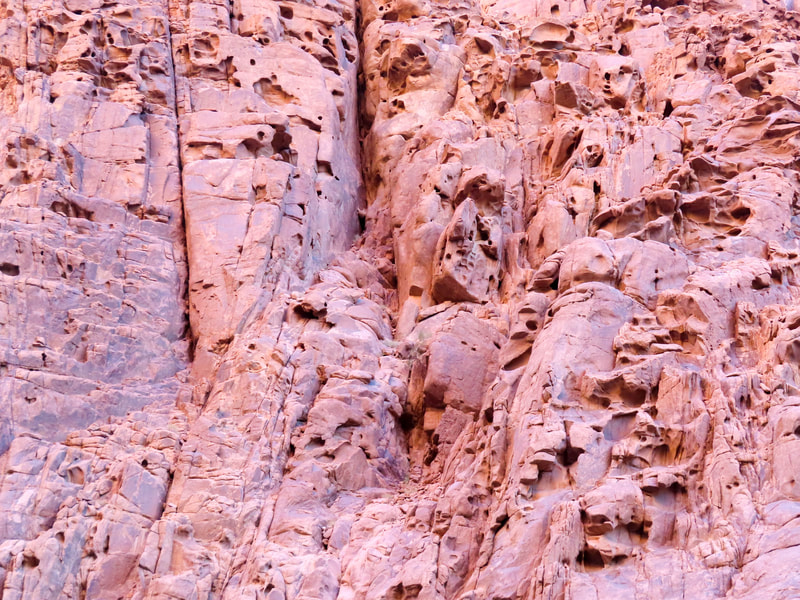 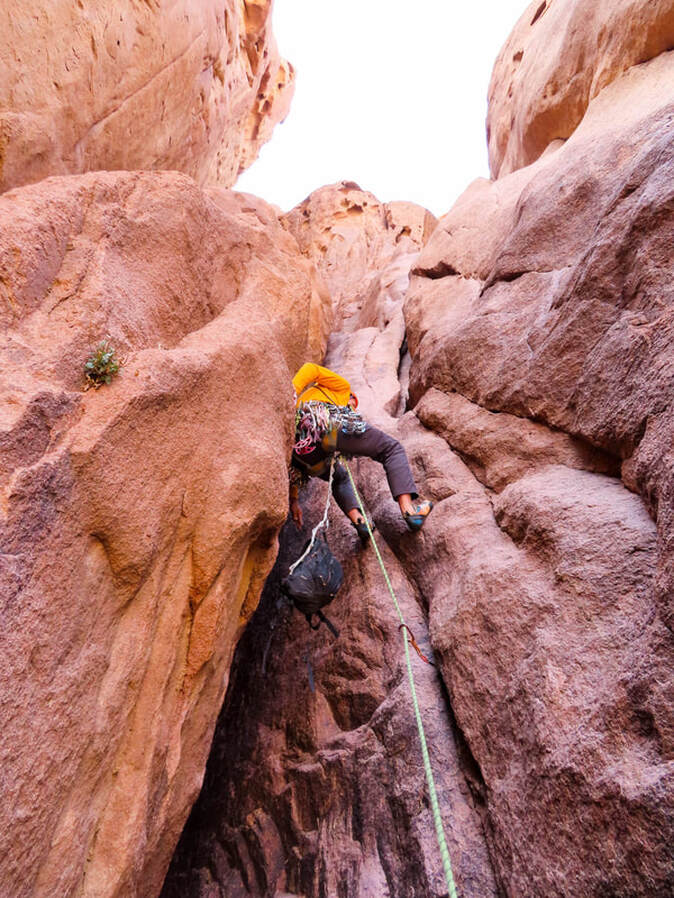 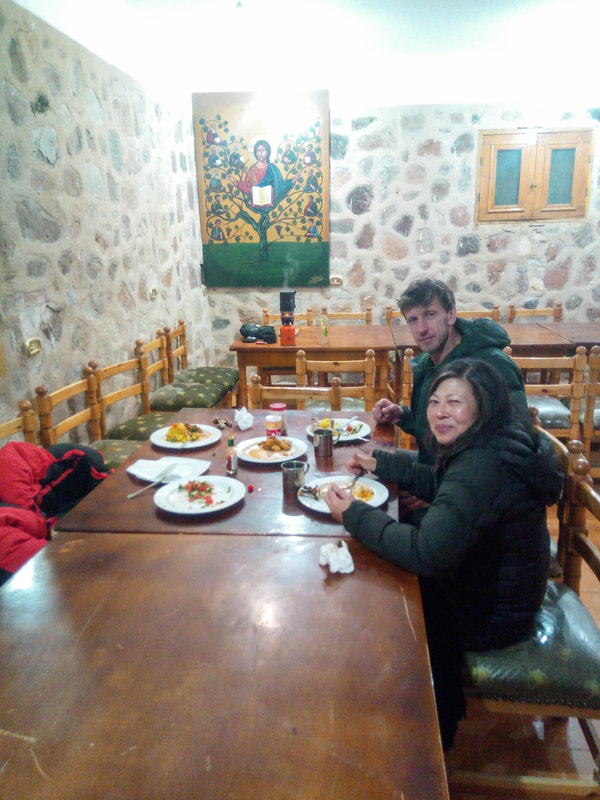 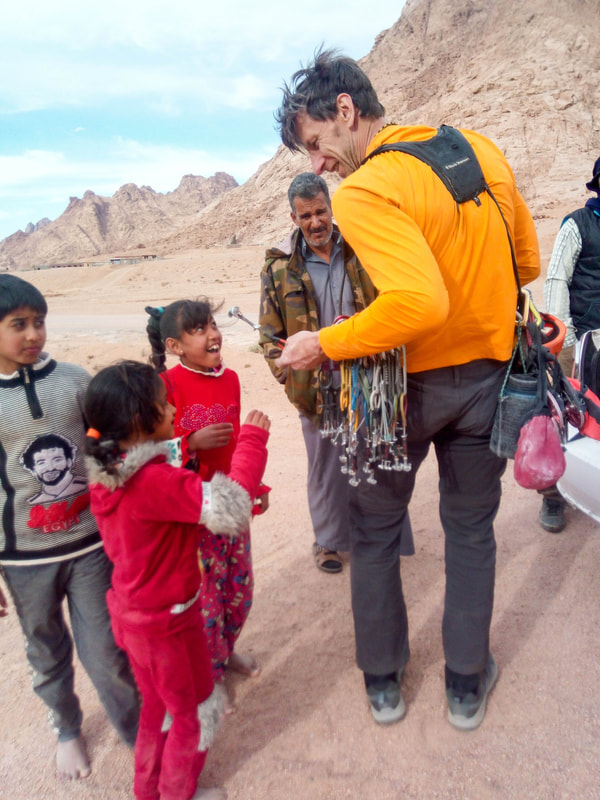 That evening we drove to the base of a sandstone mesa called Jebel Milehis and set up a camp with a Bedouin family who would do the cooking for us. Over the next two days, we climbed two routes on the mesa: a nice, fully bolted 5-pitch line called The Black Pearl as well as a 6-pitch trad line called Crack The Skye; great positions in both cases and some very good crack climbing on the latter. 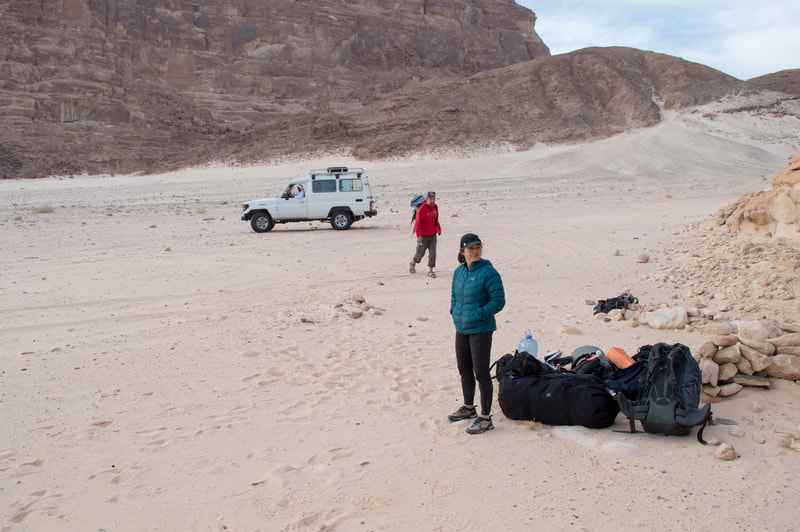 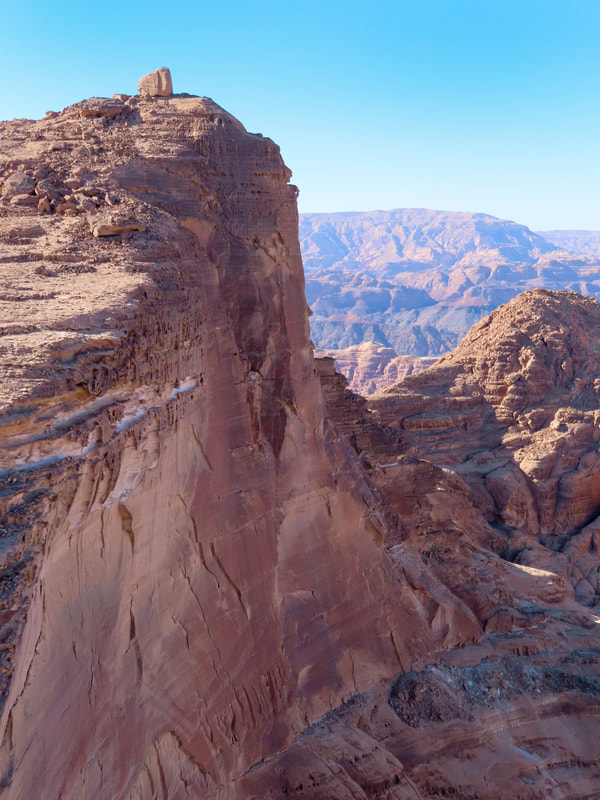 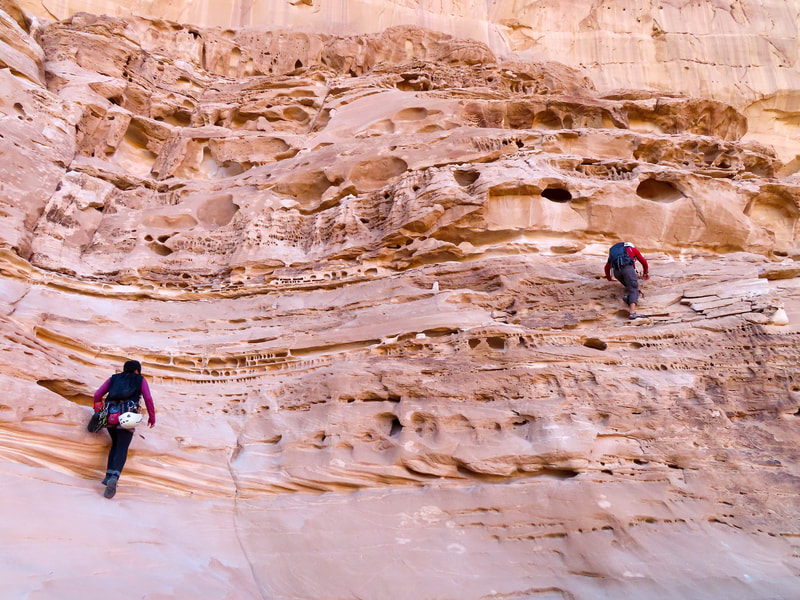 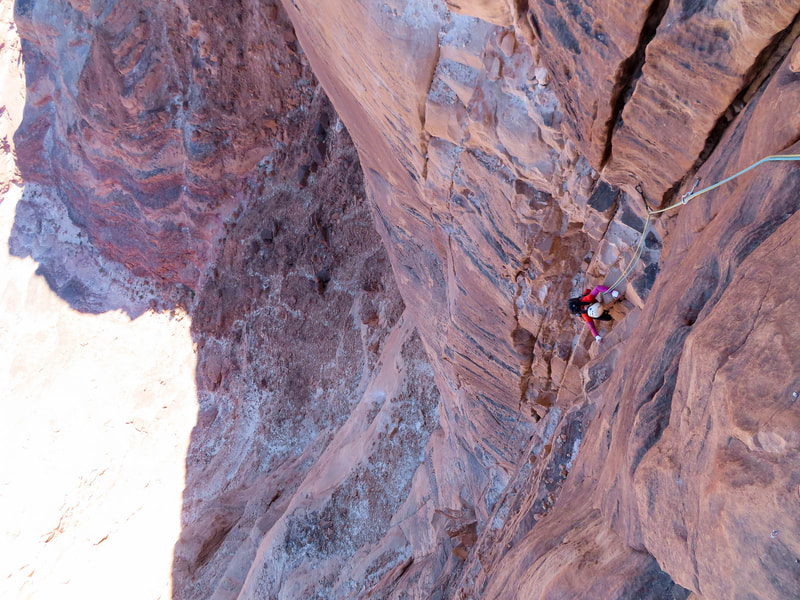 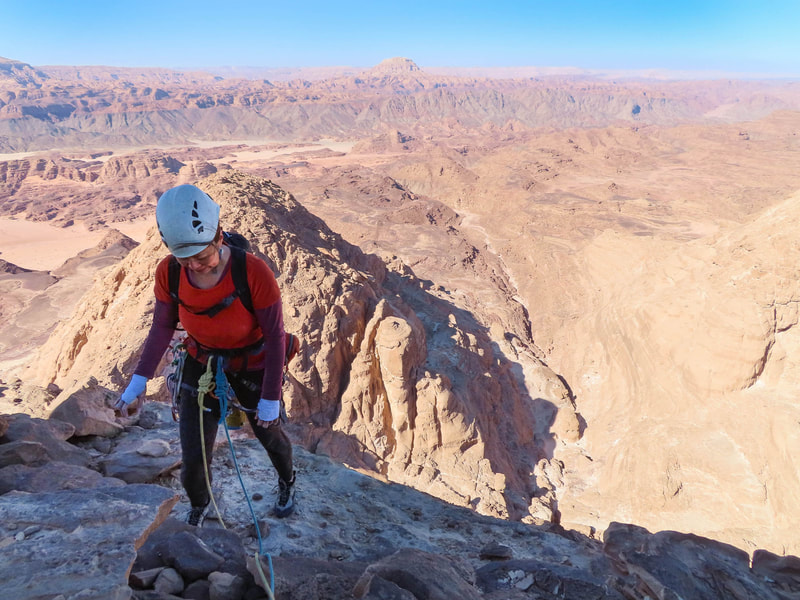 The sandstone quality was a little better than the high-end stuff in Arches and perhaps comparable to Sedona.

​The climbing was enjoyable, but it was the camp time with Misha and our kind Bedouin hosts that was the highlight. We loved the freshly baked Bedouin bread for breakfasts and Misha’s fruit punch, made with an Egyptian rum (complete with a plastic bottle packaging), for suppers. 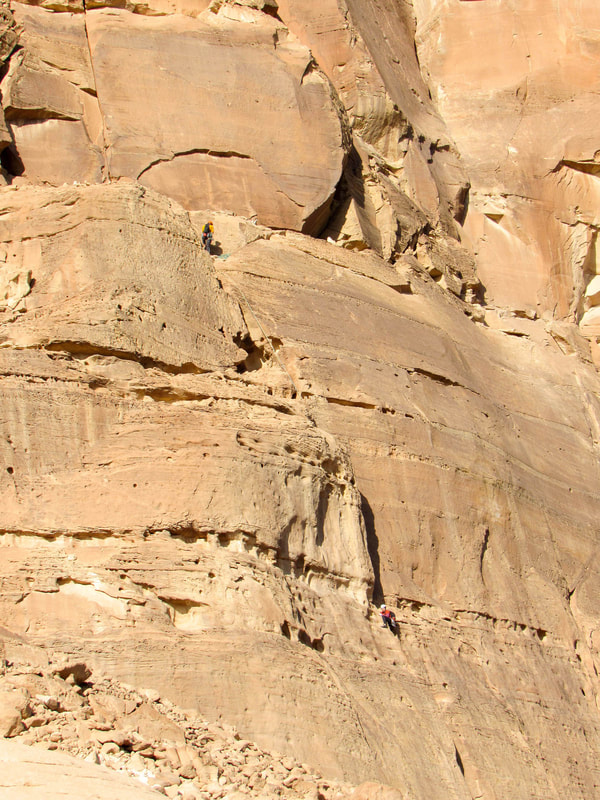 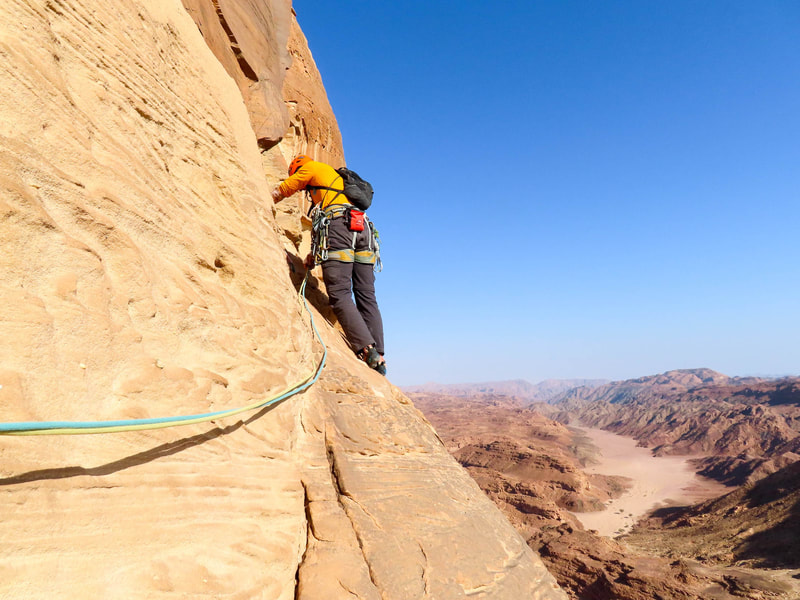 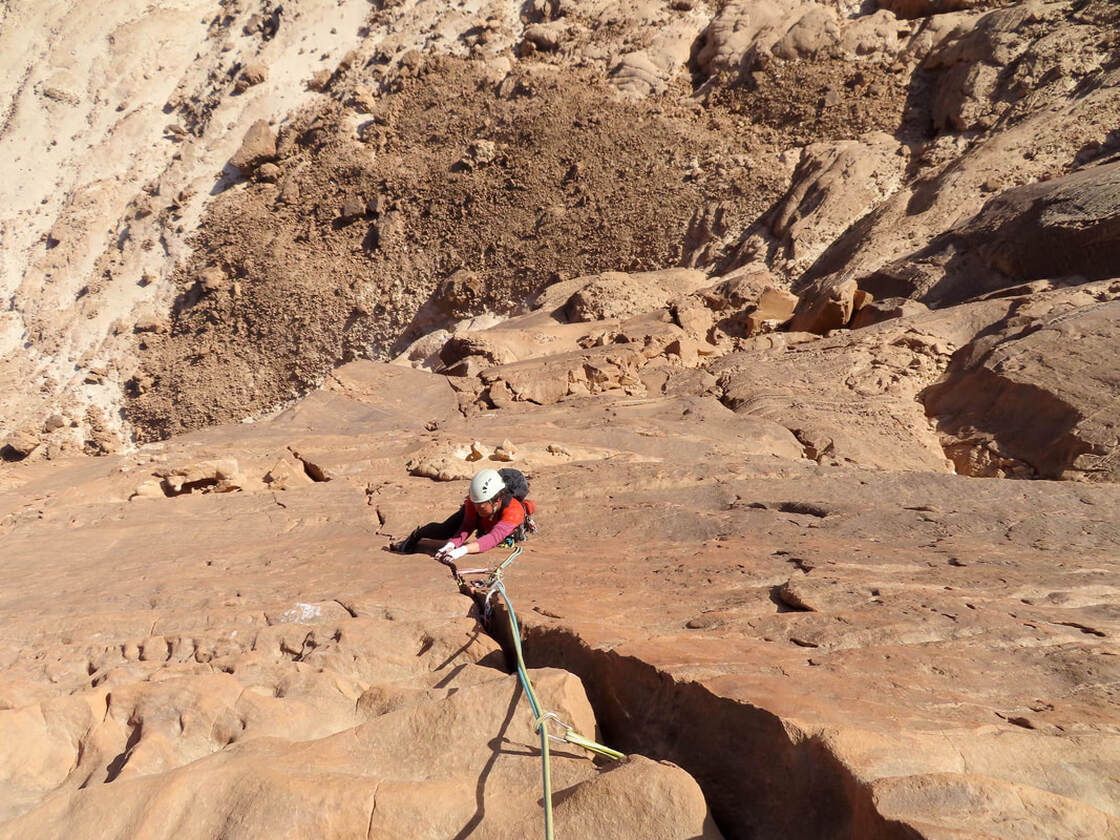 Shirley on the aesthetic pitch 4 of “Crack The Skye.”
We flew back to Cairo and spent the last two days of the trip taking in the sights - a day visiting the various pyramids in the area and a day seeing the highlights of Old Cairo. The Great Pyramids of Giza were certainly breathtaking, and the relative lack of tourists did not take away from the experience.  Cairo turned out to be a colorful and a lively city and we enjoyed our day there as well. 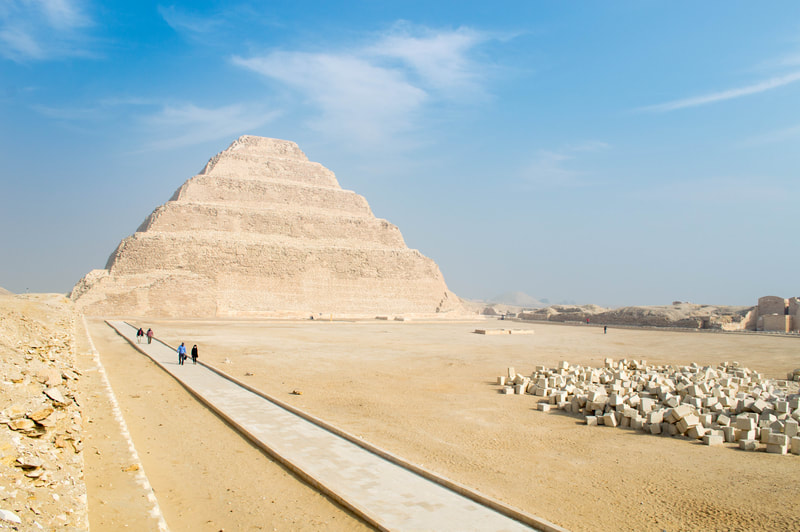 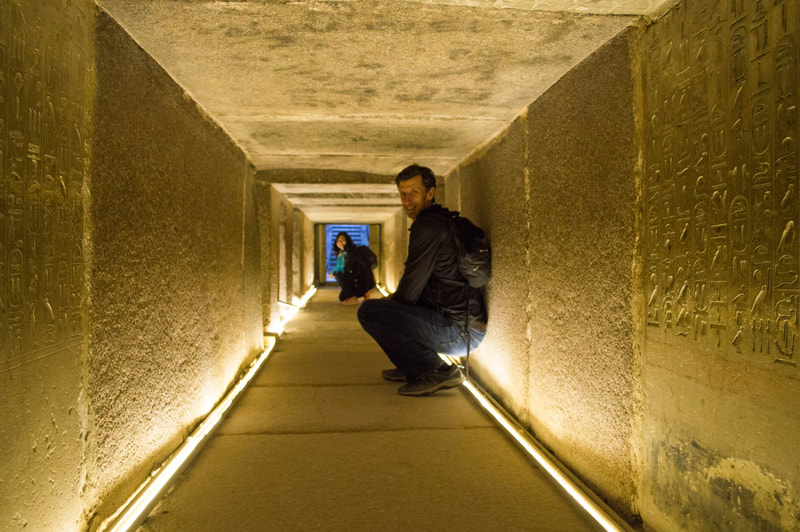 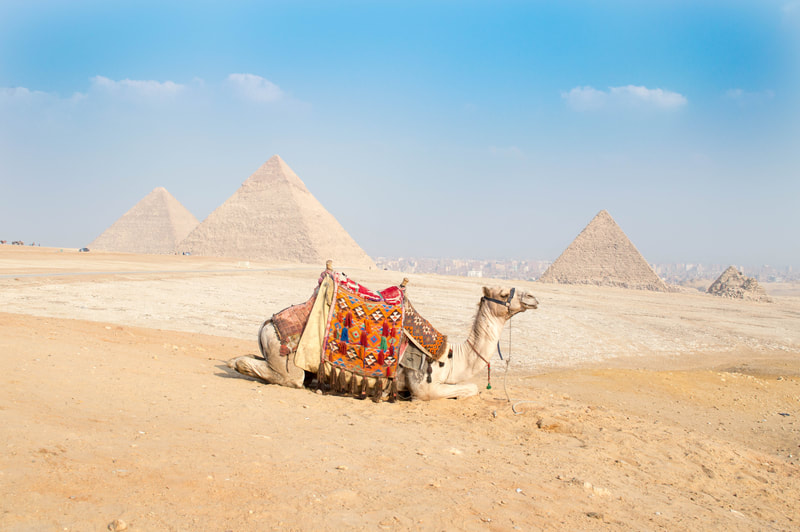