Tyler Kersey on Stratocaster (5.11d) in Red Rock Canyon, NV.
Q: How did you get into climbing and when? What’s type(s) of climbing do you do and/or enjoy most?

I got into climbing because I wanted to. The first time I climbed in a gym was February 2015, and my first outdoor climb was September 2015, which got me hooked. I was a pretty avid hiker in Red Rock, and I would always see climbers doing their thing. I thought to myself  “I’m gonna do that.” I used Tinder to meet dudes that were climbers, and I had them teach me the basics just to get me started. Of course they didn’t know I was using them, but I feel no shame. I didn’t want to be the “climbers girlfriend” so after I learned the basics and the gear I needed, I made my own friends and started consistently climbing with them. I am primarily a sport climber, I boulder occasionally when I really want to trash my body and get tendon injuries, and I have recently started trad climbing and I’m fucking STOKED on it.  ​
Q: Is there a climb that is memorable to you and why?

Two routes come to mind. The first route is Glitter Gulch 5.11a. It was the first 5.11 that I tried and sent on lead, so I was pretty damn proud. I typically avoid activities that I’m not immediately good at due to fear of failure, which is why I hate board games.

I’m not really sure how I ended up a climber... with that said, this fear of failure regularly keeps me from trying hard, I pride myself in being a sub par lazy climber, which leads me to really underestimate my climbing strength. I decided to actually try, and I sent. Pretty big moment for the girl that uses the excuse of “I cut my toenails too short today guys, looks like I can’t climb.”

The second route is a multipitch trad route called Travelers Buttress 5.9 in Lovers Leap. It was just the first pitch of 5.7 with a 5.8 off width crux (I never claimed to be good at this)… anywhosies, the crux on the first pitch is reeeaallll fucking hard, and those weirdos that climb off width for fun are nuts.

My relationship with climbing as of late has been a bit turbulent, so my motivation to send anything, let alone even go out and climb has been in the toilet. Maybe it was the weather, or maybe it was fucking magic (probably magic), but for some reason I decided I wanted to get this pitch clean. No falls, no takes. Yeah sure, it was on follow, but I was determined. I have NEVER tried that hard on any route, ever. I got it with one fall, after chicken winging, and using every cuss word in the book. I am still determined to get the entire 5.9 route this October, including the entire second pitch crux of 5.9 offwidth, no falls, no takes. We shall see! 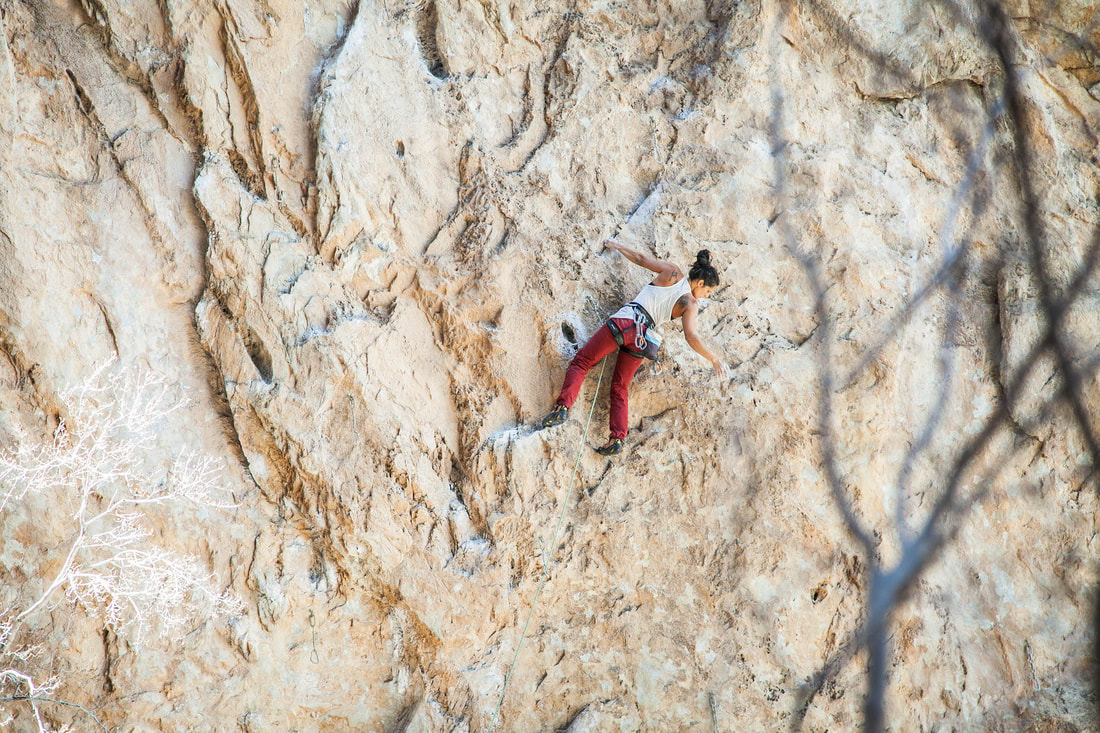 Climbing has pushed my social boundary and ability to put myself out there in order to build a community that’s worth having. When I first started climbing I was in transition, and healing from the death of my mom, which was a pretty traumatic experience. I was rebuilding my life when I found climbing, and trying to figure out who the fuck I wanted to be and what my values were. Climbing and the climbing community was the first place I felt like I could just be me. Because in reality, everyone fucking sucks at climbing (except maybe Adam Ondra), and we are all struggling to send our projects and we’re all failing more than half the time, and it’s totally normal, and I needed to feel normal. 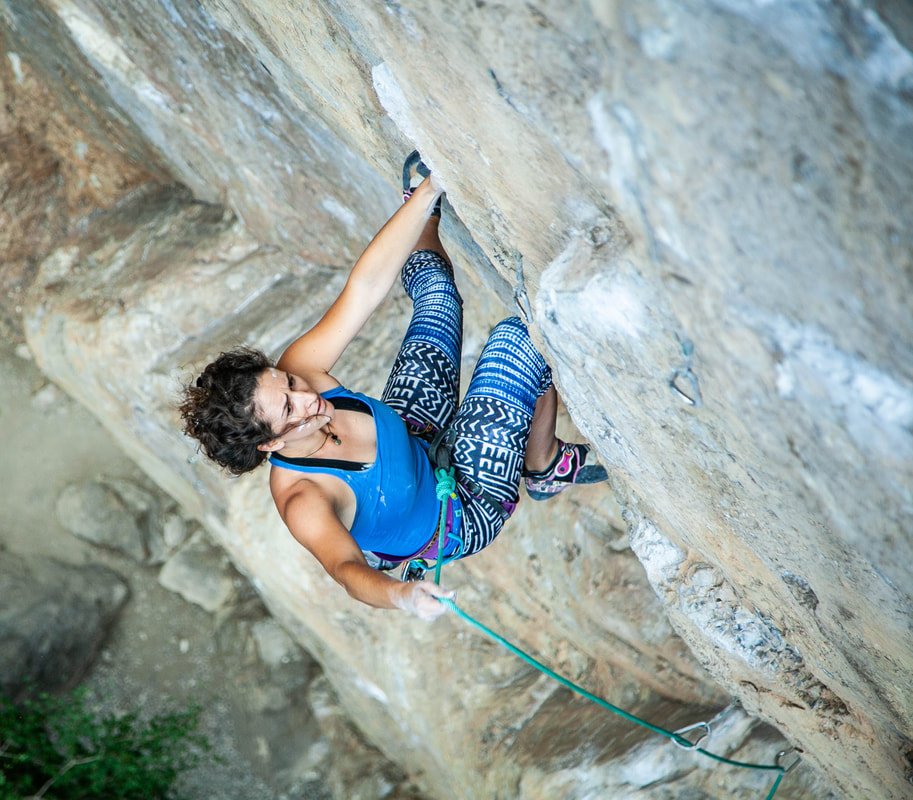