COMMON CLIMBER
Hello Common Climbers, the name’s ChristmasForTheBirds. I am a semi-reformed dirtbag and it has been 8 months since I bought my last cam. Like so many before me, my first one was free, a gift, and ever since that initial taste I’ve been paying a horrible price. Welllll, maybe not that horrible. Sure, sometimes I pay retail, but there's the occasional pro deal, there is always the used market, and yeah more than a few of them were free. But I digress.

A more sober person may look at my situation and safely assume I have a problem. The spring-loaded camming device (SLCD) has at times, defined who I am.  Ever since I saw that anodized aluminum shining in the desert sun I have mortgaged a part of my soul to possess them. To hold in my hand this mechanical poem.  My rack resides somewhere in a Venn diagram between tool and inspiration,  necessity and desire. If I were a different man, I may write it a song or paint its portrait. But I’m not that man.

I have had this thought rattlin’ around in the back of skull though.  Sort of a rough history of the SLCD as told through the lens of my rack.  50% Educational, 50% Bullshit, 100% something to entertain you for like six and a half minutes while under quarantine. I’ve got the cams and I’ve got the time. I am a little bit nervous to ask you to be my audience but being bold has served me well when climbing.  So here it goes, it is my pleasure to present to you...
A Rack Retrospective
Season 1 Episode 1
4 EVER FRIENDS 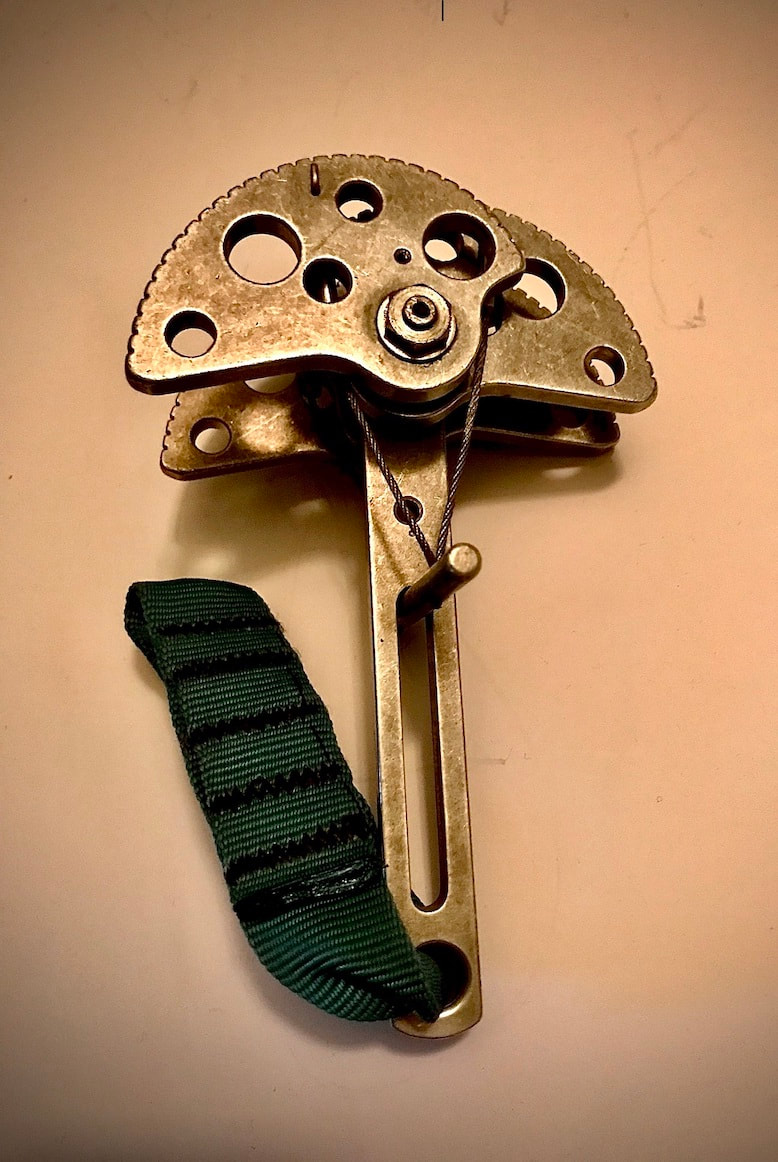 Boom! The venerable #4 Rigid Stem Friend (RSF) from Wild Country. The cam, the myth, the legend. 13.75° of awesome. This fine example is a second Generation RSF.  Just look at that updated girthy trigger bar, mmmm mmmh.  The subtle curves of the lobe as it arcs around that nickel-chromium-molybdenum axle that still sports that delicious machine nut.  Notice the slightly updated (though period correct) 1-inch nylon webbing, it lacks both the Wild Country tag and straight bar tacks. Some of the tacks even roll off the edge of the webbing for extra spiciness. Slap a Clog carabiner on there and we are ready to go!

For me, the #4 represents the last little bit of security before I dive into the sea of offwidth.  I’m punching my way up the splitter, dancing between baggy hands and tight fists.  Shit, you might be built like a gorilla, jammin yer big ole ham hocks thinking it’s perfect. Or you may be on the more petite size, doomed to an endless series of butterflies and hand stacks, already drowning in that sea. Either way this seems to be an ankle eater, there is always a Pollock painting’s worth of blood showing you the way up.  I’m not sitting here locked in my house staring at this sexy beast of a cam, I’m standing at the base of Meat Hooks, .11a, 3.5-star, Original Meat Wall, and I am fucking hungry.  Even as a vegetarian I think this spread is tasty.

​Let's look at some action shots... 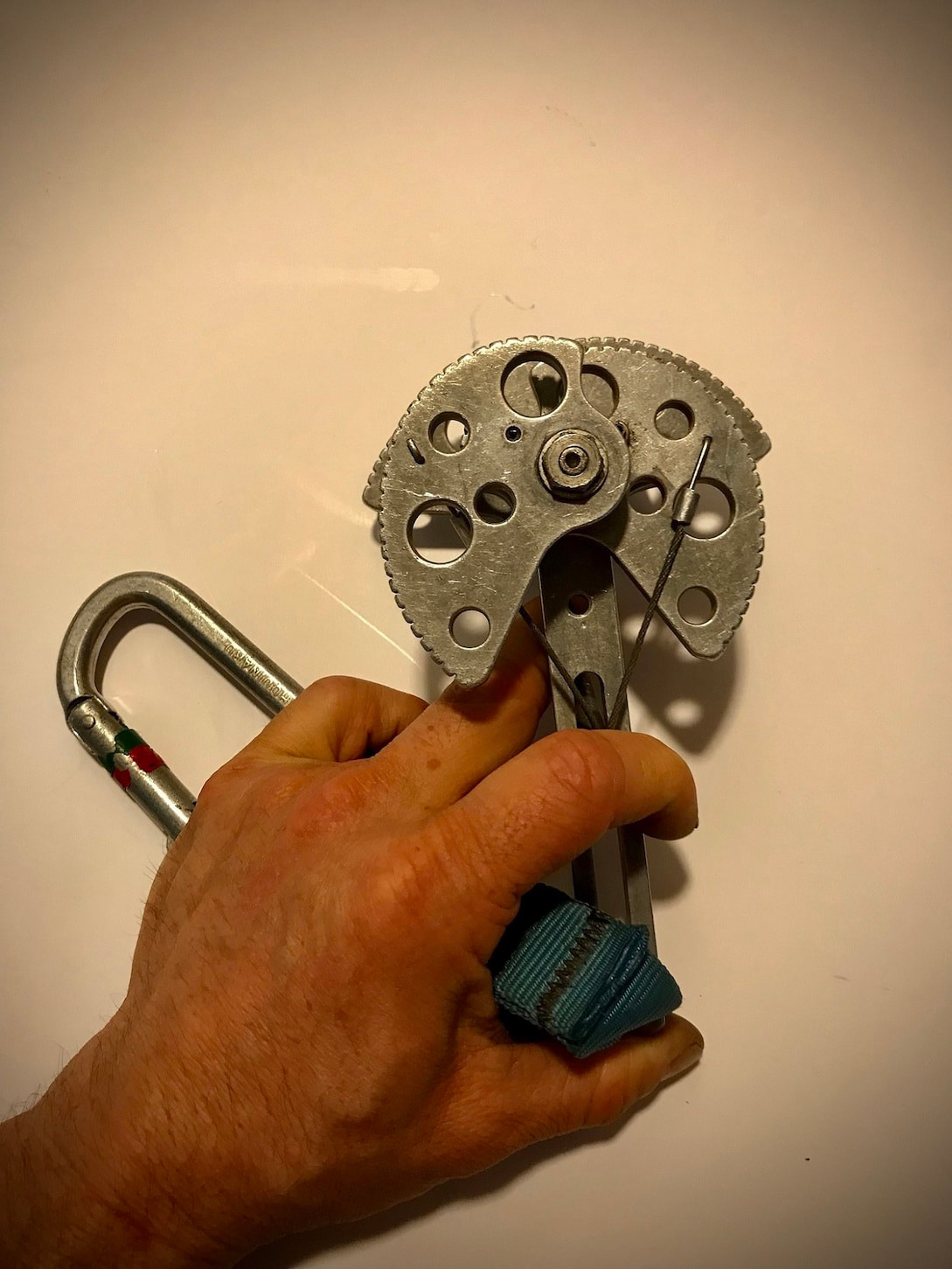 (Won't Cam) - I swear to God, this never happens to me. Don't look at me like that, just give me a fucking minute. I am so embarrassed.
​Ah Jesus tap-dancing Christ, I just spent all this time talking up the #4 and this bastard won't even cam properly.  But “We can rebuild him; we have the technology.” And by technology, I mean a box wrench, 2 box wrenches. Just a quick field strip to see what we're working with…
Alright, this may take a bit, gotta bring it up to a rolling boil and then let it simmer. Salt to taste. ​
Onward...
​
See the #4, plays a starring role in the Friend Origin Myth. Mark Vallance got his first look at Ray Jardine’s “grabber’s” in the fall of ‘75, right as they were destined to be/just were named “Friends” by Kris Walker. They, Ray and Mark, along with Linda McGinnis went on to put up the first ascent of Power Failure a 5 pitch, 11a,  2-star route later that day.  It is noteworthy because Mark found himself in a hanging belay, the anchor, two #4’s.  (I know, I know, there should have been a third piece blah blah blah,  but come on,  we’d all do the same.)

At first Mark was horrified then fascinated to watch the cams shift as they redirected themselves to absorb the load. He says it is then that he understood the potential of Friends. It was a propitious time for Traditional Climbing, or as they called it back then, climbing.

​Two years later Ray asked if Mark could manufacture Friends in Merrie Olde England. They became available for purchase in February 1978. American climbers could order a #4 from Jardine Enterprises for the princely sum of $39.50. Yes, that does include shipping. No, it does not include the stones it takes to trust your life to this new fangled whatchamacallit.  Doohickey, thingambob, widget? 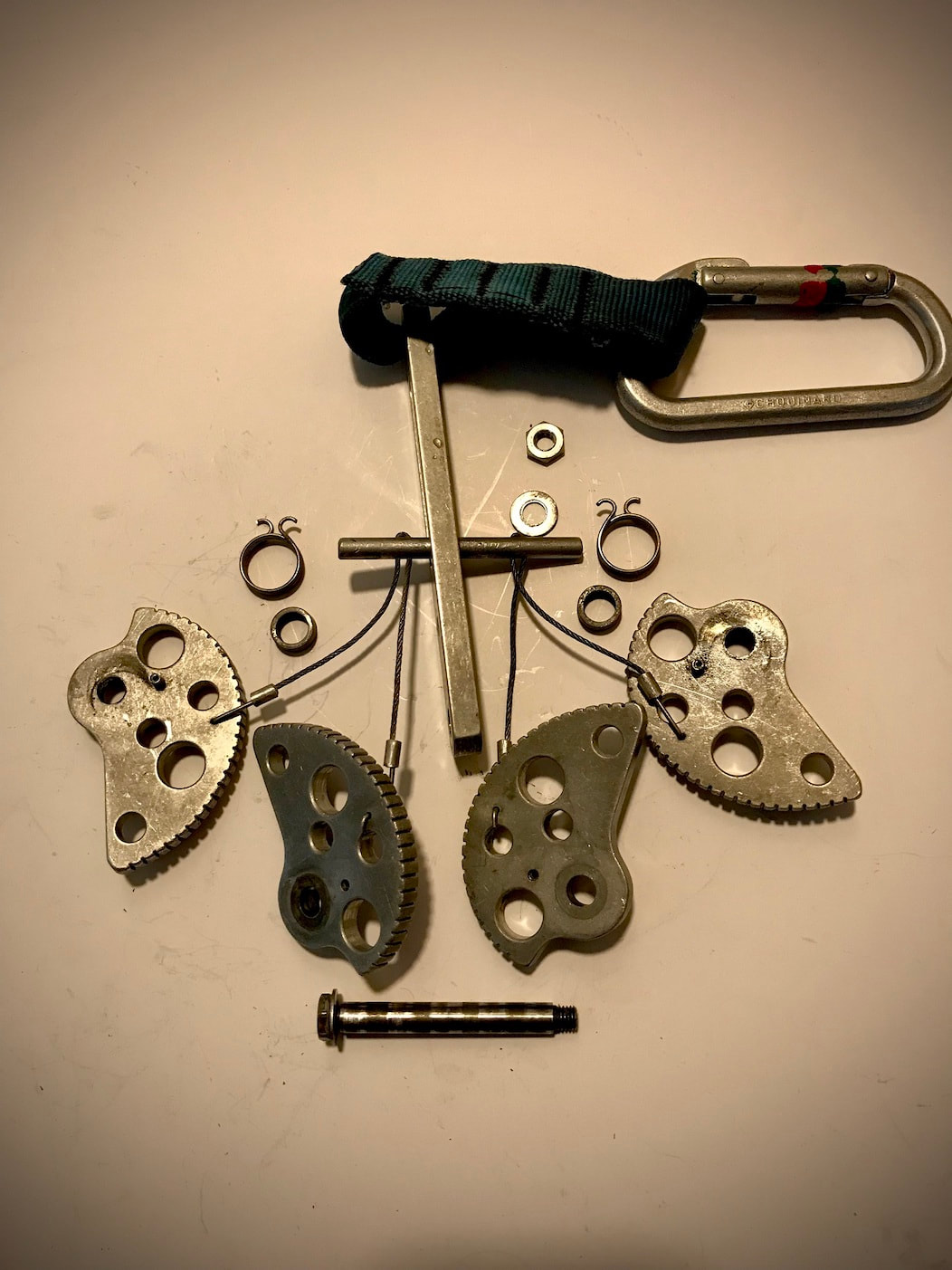 "It was the metal intestine of some kind of bird, retractable and visionary." Richard Brautigan
Of course I started with the rigid stem, there is no other point from which to begin this rack journey.  It is a testament to Ray's genius that the SLCD has diverged so little from his original design.  The key components of all other cams are found from the start. It has an unmatched durability and a simple design.  It is as much a work of art as it is a piece of gear.

I’m not saying you should run out there and put one on your rack. (Ehh, I am saying that.)  You should also jump at the chance to use one if you haven’t already.  It is the foundation, the very bedrock that free climbing is built upon. Go ahead, touch a piece of history. I will be the first to admit that each technical step forward in cam development is a welcomed addition to my arsenal.  But it is easy to reach new heights when you stand on the shoulders of fucking giants.

I just want to you see it in the uncommon light it so richly deserves. Look back at that first photo and tell me it doesn’t move your soul. I know it’s not sleek or shiny, it’s low on sex appeal and there isn’t a lick of anodizing to be seen. Rather it is substantial and stately, no plastic hiding the wear points, stripped down to the bare essentials.  Feels solid in your grasp. Taste that bounded energy. It is a steel bar through an aluminum block.  Your grandchildren will be whippin' on this cam.  This is a *Forever  Friend. 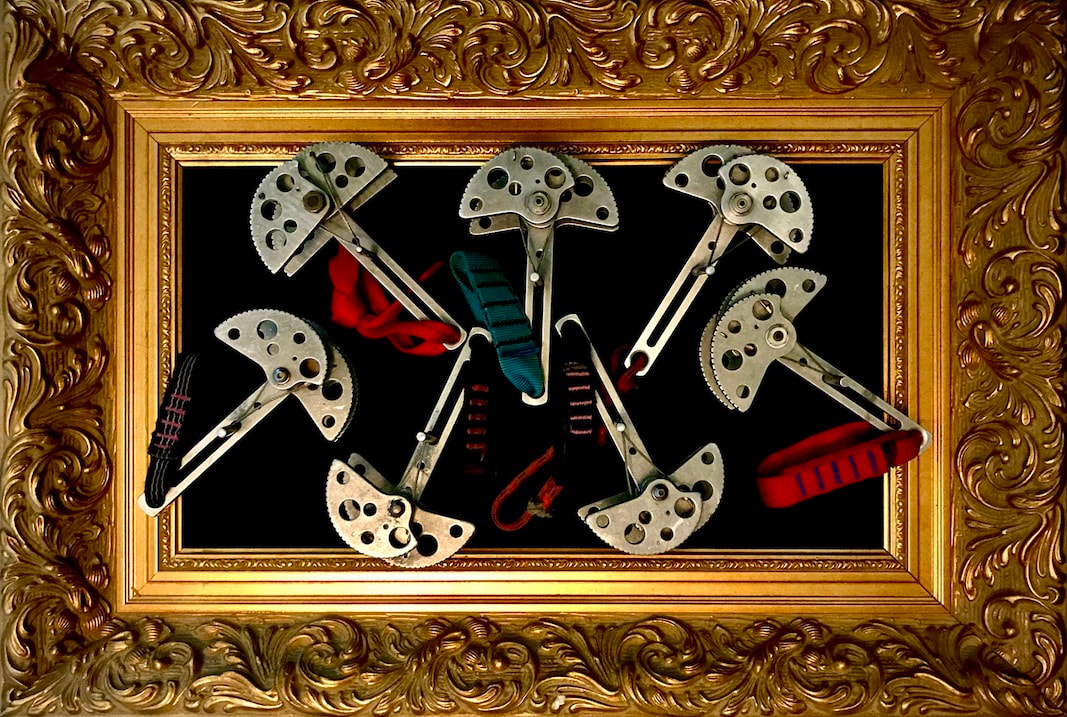 Family Portrait
A parting thought
I know we are all feeling a little runout these days, the anchors nowhere in sight
Communicate with your partner
Get your pro where you can
Move with confidence
I’ll see you on the next one
​
-- Christmas