By Dave Barnes
Picture Arnhem Land in Northern Australia - the big empty.  There in the sandstone grottoes are caves featuring prehistoric hands reaching out to pass on their story.

Rock and hands have been in exchange since Dreaming began. Today, standing in Hollow Mountain amongst The Grampians in Victoria, my climbing head tilts sideways my hands out front mirroring the holds on polished stone, palms sweating anticipating the connection, each hold is marked in chalk - a modern Dreaming.

A climber's hands are conductors which earth us as we climb. Our feet back them up.  A climber’s hands are the touch-stone of our climbing lives. If you’re into tender and supple hands, don’t take up climbing.
​ 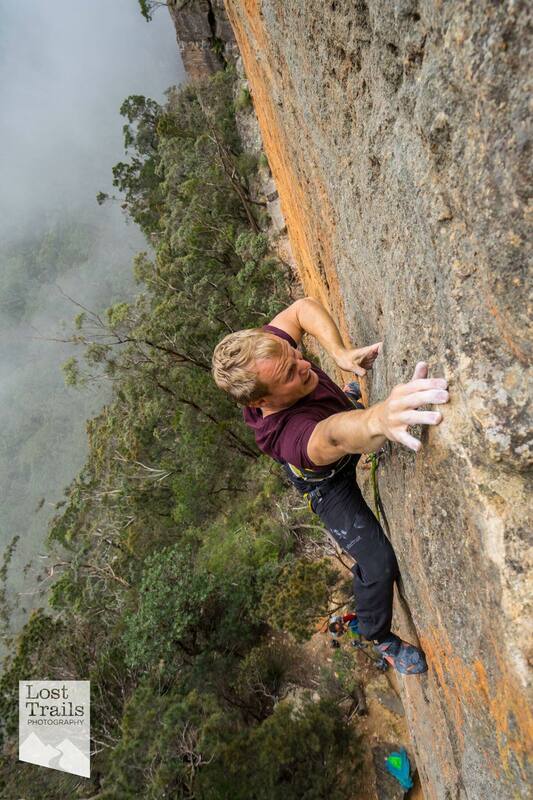 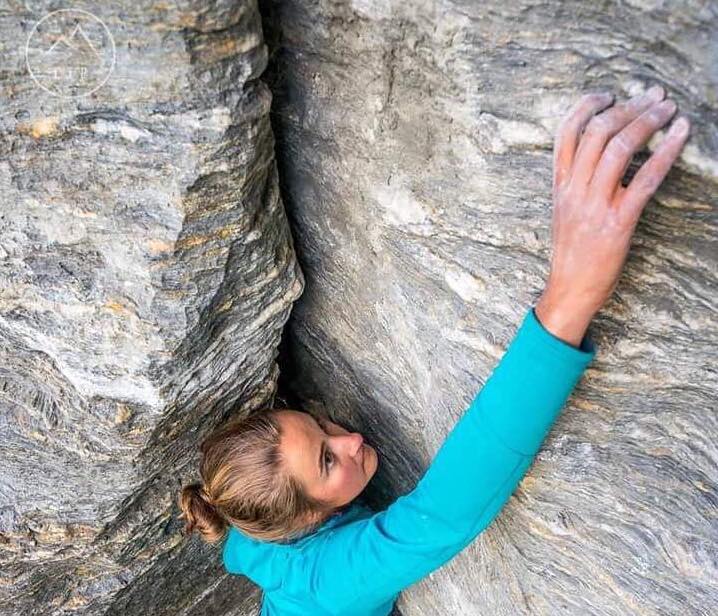 I remember as a young thing looking at a photo in Stefan Glowacz’s, Rocks Around The World. There is an image of Stefan’s rock gnarled hands. There are no fancy words, the image is a, “Yo bro” to any climber. There is a symmetry in photography of a climber’s hands. These images don’t need a face the lines in the hands, the dirt and the chalk, weave the story.

There is a high ball boulder problem  in Sydney, Australia, at a crag named, 1st Avenue. There’s nothing grand there just several metres of  sandstone consisting of walls and aretes, ancient bulwarks guarding modern suburbs. One of these sports a problem called, Wiltshire, named after a brand of knives. The irony Is that what holds are on this thing are as a sharp as knives, killers. What’s more they will slash your skin with the precision of a seasoned butcher.

Wiltshire’s holds are truly evil. When I frequented the crag there were marks of blood lining each edge. Red badges of courage of recent climbers who had tried their hands on this problem. A smooth gold sandstone face interrupts this macabre interface with climbers.

I was but another lamb to the slaughter, every tip I had on either hand was cut, slashed and rumbled like a common street fighter. By the end of this round on Wiltshire each of my fingers was dry firing and I was dry reaching just looking at them.  When I sent Wiltshire I was delighted but my fingers were raw and my tips were burning from the experience.

It’s easy to get pre-occupied with hands. You can’t avoid it, they are an essential tool in your climbing arsenal. Climbing will require you to jam digits and twist palms into tiny cracks, each millimetre of purchase will require another millimetre of skin. That is the bargain of the send.

Of all the rocks in all the world I would like to declare that old mate granite is not a friend of hands. I envy the dudes who jam like band members but don’t scratch. That’s not me. If any rock wants to torture climbers then this rock is the hangman. When I climb granite cracks it’s like sticking my hands into a meat grinder. They never come out looking the same.

There is a crag behind the Blue Mountains in Australia called, Tarana. Brushed lines reveal a course granite designed by the Devil himself. On one of its domes is a climb called, Roller Disco (23). There above you is 25 metres of skin sacrifice. Course granite makes for good friction but as it steepens those edges turn to the razor blades. The climber needs to hold fast on minute man edges as legs flicker from elevated heals. Tired toes being extended in vexed contortion on what human toes were not meant to endure.

Hard granite slab climbing is like  shaving with a blunt razor, is like cutting carrots - all good until that one slip. The crux of Roller Disco is made up of several excruciating moves on scientifically minuscule holds that have to manage both hands and feet. Every tip is being engaged in slash and burn contact. Each foot hold has you trusting in nothing and hoping for everything. Your mind is discerning what pain is greater. Your hands or your feet? Each hand wants to dive into the chalk bag for respite. It doesn’t matter, the hands must take the pain for the glory of the tick. The feet cry out for mercy.  There is no escape.

That old familiar strawberry jam of panicked knuckles reminds you that this is not normal. Climbing at Tarana I get distracted dreaming of steep sandstone not one hour away but the pain of a thousand tiny granite pebbles on each of those expensive edges keep me moving and my fingers feel lashed by that granite - thoroughly spanked for the effort. Raw.

Hands put up with a lot of terror. Tommy Caldwell gave up more skin than most. He donated a finger to the gods when he chopped it off doing home renovations. Tommy had to relearn to climb with a stumpy index finger before free climbing The Dawn Wall on El Capitan. He stretched and strengthened the remaining fingers to hold tight and send the impossible.

There are also those odd ones who like to climb big things where the air is thin and the margins for error even thinner. Men and women who climb in these places pay with fingers and toes if they are lucky and with their lives if there not. I suppose that is the the thing with a climbers hands. It’s not what the rock does to the fingers it’s what the climber does with those fingers on the rock. A normal person sees a mountain a climber sees a route and uses hands and head together to find the summit. Others would call a person who uses head, heart  and hands in unison an artist.

At the end of the day when skin is spent I pack away my coiled rope and shoulder my pack for the walk out. My hands are shouting out now for love not work. There’s been too much crimping and too much volume. I need to tone it down. The first thing I do at my car is wash them followed by a massage. It’s like a thanksgiving.  The older I get the less calcium I have to repair them. I should put moisturiser on them but for some odd reason moisturiser is like a bath to a dog to me the climber. A beer and a rest will have to do.

Driving home my hands feature in the portrait of my windscreen up there on the wheel, white chalk  caught under finger nails.  Looking at the road ahead I reflect on the days climbs and seek out the causes of the scratches on my knuckles. War wounds. Nothing some soap and some rest can’t fix.

For me? I consider a bit of skin and a flapper or two as small change for the wealth that climbing brings to my life. Broken skin is part of what makes a climber whole. Each scar is a part of our story and a bit of blood adds colour to the telling.