​How Auto-Immune Disease Affected My Climbing

I was on pitch 5 of 9 and I just…how do I put this tactfully?... shit myself. It wasn’t a lot, but it was uncomfortable, disheartening.

I wished the pants-shitting was because I picked up food poisoning from the awesome dive around the corner from the crag, but it wasn’t. For a long while I had frequent diarrhea, sometimes as often as 10 times a day. Some days I had better physical control than others. This was not one of those times.

Now, I love multi-pitch climbing (where you ascend hundreds or thousands of feet in a climb). It is my favorite type of climbing. But diarrhea and multi-pitch don’t get along so well.

I had already begun to significantly modify my diet, trying to identify and eliminate foods that seemed to throw my body into a tail-spin. I had already modified my life by greatly reducing activities. I could have kept shutting down my life by cutting out climbing and multi-pitch climbing but I could not bring myself to do it.  It was too important to me. So, I decided to wear underwear liners instead. I felt old before my time.

Although I did my best to not eliminate climbing from my life, my strength was stripped from me by the day, as malnourishment from the diarrhea and a limited diet took its toll. Before getting ill, I was tackling leading outside 11s, but with muscle loss came climbing losses.

After every climbing session I was in pain. This was not the hurt-so-good kind of discomfort that comes from a workout. Rather, it consisted of deep, inexplicable body aches that felt like something was oozing from my bones and wringing me out like a twisted towel. My body, along with my gut, hurt.

This went on for several years. I was weak. I was tired. I was best-friends with the bathroom. I could not think clearly. I was depressed – severely depressed. My life was being stripped from me.

I had visited my primary care physician and he discounted my concerns, even as I kept pushing that “something was very wrong.” He told me it was “just irritable bowel” syndrome. Well, even if it was irritable bowel syndrome, there is no "just" in that or any other intestinal issue. I'd like to hear his opinion of "just" if he had to tie himself to the toilet or wear Depends or panty liners in his boxers. Then he said, "just" find the foods you can’t eat and eliminate them. Right. I did and had little left to eat.

Out of frustration, I self-referred to a gastro-intestinal (GI) specialist.

The GI doc gave me a colonoscopy and took biopsies along the length of my intestines. The diagnosis – lymphocytic colitis – an autoimmune disorder where my body is attacking the outside of the intestines called the lymphocytic barrier, which is the origin of our immune system.

The GI doc immediately put me on a $1200 bottle of specialty, targeted corticosteroids called Budesonide. It was the first relief I had in years. After two weeks the diarrhea slowed significantly. After a month it dropped to about once a day, maybe every other day. But corticosteroids destroy your body and, eventually, your body stops making it’s own corticosteroids. If you suddenly stop taking the drug, it can kill you. Corticosteroids really are not a long term solution.

After a couple of rounds of  7-week treatments, I tapered off the Budesonide, with physical withdrawls that aren't exactly comfortable. Then, over time, symptoms began to return. Now, though, in addition to the regular lower abdominal pains, I began to feel sharp pain up under my ribs after eating. I knew it wasn’t my gall bladder – that had already been removed a few years prior. It was my pancreas.

Many autoimmune disorders do not stop with attacking one body part – it spreads.  Mine added the pancreas to the list and then I felt even worse, with returning diarrhea and severe pain after eating. I was also very light headed, I couldn’t think, I felt confused, I had difficulty remembering, and I was very emotional.

I switched primary care physicians and my new doc ordered a blood panel. A random non-fasting blood test revealed that my blood sugar was dangerously low. This doctor immediately called me with the results and had me monitor my blood sugar regularly. I discovered that after eating, my blood sugar would jump up high and then, like a roller coaster, crash.

We found my now malfunctioning pancreas was sluggish in releasing the insulin to utilize sugars from my meal, so my blood sugar would jump up. Then in some spasmastic release, my pancreas would overcompensate and cause my blood sugar to crash to sometimes dangerously low levels. The pancreas damage also prevented digestive enzymes from being properly released, further reducing nutrient extraction from my food.

Although the extreme dietary changes and use of important supplements and medications allowed me to reach a stable plateau, The best I could do was 3 days without diarrhea. And, inexplicably, I would still get a hit with bouts where I ran to the bathroom several times per day. This plateau went on for about a year.

Still, my rock climbing continued. It was the one thing that kept a hopeful spark within me, despite struggling with feelings that I had lost so much ground. I faced an internal battle that forced me to accept my condition. Some days, though, were so bad that thoughts of "at least you're alive" were of little consolation.

All the doctors and literature I read emphasized that autoimmune disorders are not “cured,” they are managed. Once your body goes rogue, it will continue to be the wild, wild west, attacking itself. So, you get on the drugs, you get off the drugs. You keep a strict diet. You get sick again, then get on the drugs again. It's a terrible, depressing cycle.

Not being one to settle for what I am told, I continued to independently read, research, and learn more about autoimmune disease and lymphocytic colitis.

Then, one day, I came across hope – an FMT – a fecal microbial transplant.

There was new scientific research showing strong connections between damaged intestines, a deficient variety of intestinal microbial populations and over abundance of toxic intestinal microbial populations, and autoimmune disorders, especially intestinal autoimmune disorders. The premise was that all autoimmune disorders appear to have a shared origin of damaged intestinal barriers, where undigested food particles pass through the intestinal wall and the body reacts to them as foreigners and attacks. This results in whole body “physical reactions” to foods - rashes, body pain, diarrhea. Somewhere along the line the body also begins seeing its own body parts as the enemy as well, attacking and damaging them. In my case, my body attacked the outside of my intestines and my pancreas.

The idea behind an FMT is to restore healthy microbes (likely originally destroyed by too many antibiotics) and, by extension, restore a healthy intestine, including rebuilding the intestinal lining, digesting food, reducing depression, and retraining the immune system that had become so out of control. Yes, it has been shown that gut microbes train young t-cells and other immune cells, kind of like a mentor.

Recent research has now revealed the incredible importance of a healthy gut microbial population and the whole-body impacts it has - even on the brain. But eating your yogurt and drinking kombucha does not help restore a severely deficient or toxic gut microbe system, pro-biotics are helpful but for different reasons. Once your inherent gut microbial population is decimated, it is not returning without something like an FMT.

It sounded weird, but I was desperate and ready to try anything.

As I dug further I learned that the U.S. Food and Drug Administration does not allow FMTs here in the U.S., unless you are on your death bed with a nasty bug called C. dificil. Ridiculous. Based upon the research I read supporting this technique’s efficacy, as well the low risk of infection from pre-screened donors (yes, poop donors), the U.S. FDA's ban is nothing short of cruel. It's like having the cure for cancer and not giving it to people.

I consulted with some physicians here in the U.S. who do FMTs for C. dificil and they referred me to several medical facilities overseas. I decided to leave the U.S. to get treatment. It was one of the best decisions I have ever made.

As of this writing I am just over 1-year post treatment. Within one month I began seeing results and each month there after yielded significant positive progression. Now, I am no longer on drugs. I only have diarrhea on average once a month. I have reintroduced many, many foods, even those that sent me on a literal and figurative tail-spin. I am gaining weight, going from a size 4 to my normal size 8. My body is getting stronger. I have hiked over 1300 miles this past year mapping for my business Climb-On Maps. I have climbed numerous long multi-pitches without problem. I am doing overhanging climbs without resting. I have even recently lead a 5.11c. Dare I say, I feel pretty damn normal.

Whether or not the FMT has “cured” my autoimmune disorder, I don’t know, only time will tell. Maybe my body will always keep attacking itself, or maybe my new intestinal residents are being good teachers and my immune system will settle down. I still take digestive enzymes, I still have occasional bouts of diarrhea, but my pancreatic pain is gone and my blood sugar is stable. I am absorbing food and nutrients. There may be some foods I will never be able to eat, but if its just a couple of foods, compared to everything, I will take that. I am a million, no a trillion, times better than I was - mentally, physically and emotionally. Thank God, I will take that. I will take that.

Resources:
Photos: Left photo shows me with my continuously red, reactive, splotchy face. At this point in time I was at my lowest weight (although it's hard to tell in this photo). The right photo is a recent photo. Although I still have some rosy cheeks, my complexion has vastly improved since the FMT and it continues to get better. I have also gained much needed weight and muscle - going from a size 4 back up to my normal size 8. 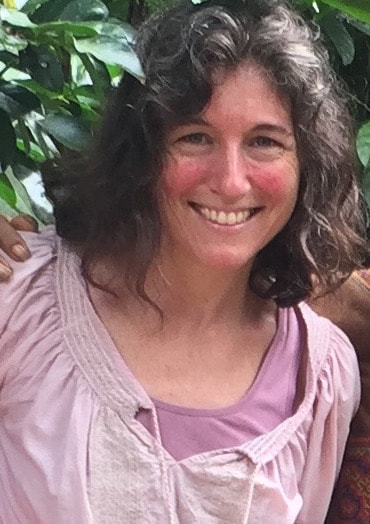 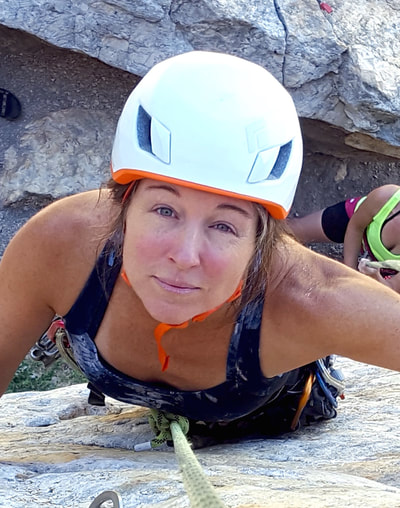