By Keith Bell
​Almost unheralded, its first ascent fell to none other than John Ewbank. In February 1965 Ewbank teamed up with another of the talented climbers of the time – John Davis, to ascend the 110-foot (30 metre) wall. Ewbank described it as “a very aesthetic climb taking a fine line up a grand black wall.”

Given the time it was put up, with shorter lead ropes prevailing, the climb was split into two pitches. The belay was situated on a reasonable sloping ledge in the shade of the final strenuous red/orange overhang leading up to the horizontal. While only graded 15 (5.7) the wall is not one to be taken lightly. It is now mainly led as a single pitch.

A friend and I did Tombstone Wall on our first day of trad on the strong recommendation of a more experienced climber who then wandered off. My friend led. I cajoled/bullied her up the wall with naïve statements like 'It’s only 15 (5.7),' 'I’m sure your gear’s bomber.' Then I got on to second and yikes, it’s actually thin! Our first classic Piddo sandbagging experience, and certainly not the last. So many classic sandbags there.”

​Tombstone Wall is a grand, black face that I probably climbed on every occasion that I visited the crag.  I first lead it in the late 1960’s with Hughie Ward and have ascended it many times since. A steep rounded step leads to a leftward leaning incipient crack which requires a fairly difficult mantle to gain a small ledge. A good nut runner in a shallow crack above is followed by diagonal moves right to another runner. From here a delicate but delightful hand traverse leads right with another runner slot found on the way towards the distant range. Move diagonally right on some small ironstone footholds found on the edge of the arete, then move back left to another runner slot; back right; breathe a sigh of relief then pull up onto the lovely wall above.
Many people now move further right to easier ground around the arete, but I have always enjoyed doing the wall direct. At the top of this section are some steep to slightly overhanging ironstone holds. Pull up through them and move slightly left to gain another breather on sloping but good ledges below the final overhanging finish. There is an obvious scoopy passage through this steeper rock, but I have always preferred the excitement of climbing a little bit further left of the original finish. Large thank-god holds await both at the top. A few metres left is a chain belay for the one abseil required down the Angular Crack corner to the base of the climb.

Tombstone Wall wastes no time showing its true colours with an exciting mantle that encourages you to smoosh your face up against the rock. But after you’ve survived that, it demands an airy traverse to the arete, ascending a wall above on fine holds, then a spectacular finish through a red bulging wall to top out. This gem is a choice introduction to Bluies Trad climbing."

On the original ascent Ewbank placed a piton at the top of the first diagonal wall section and a bolt at the base of the final overhang for an anchor. Since then, another bolt has been placed on the wall below the steep ironstone holds. The route was always clear of dirt and vegetation, so no cleaning was needed before the first ascent or subsequently.

Once when I was walking along the base of the cliff, I ran into an old mate who was somewhat wide eyed and jabbering. After settling down he managed to blurt out that he had just fallen on Tombstone Wall. Now I never asked him just where this occurred because I was immediately side-tracked when he mentioned the eccentric piece that had stopped his fall. Certainly not a cam because they were not around at the time. A hexcentric you might ask? No, then it must have been a Ewbank “Cracker?” Same era, but not close enough.
​
My friend’s fall was stopped by a Clog Brass Hexagon on wire.

Having seen Tombstone Wall deliver a wrecking-ball pendulum for an unsuccessful second removing gear at the mantle before the traverse, I was selfishly keen to lead it rather than follow. And rightly so, given that its grade reflects the average difficulty, not necessarily the hardest move. But this just adds to its classic status, a character climb offering varied styles, occupying a proud position amongst the wonderful architecture of Piddington." 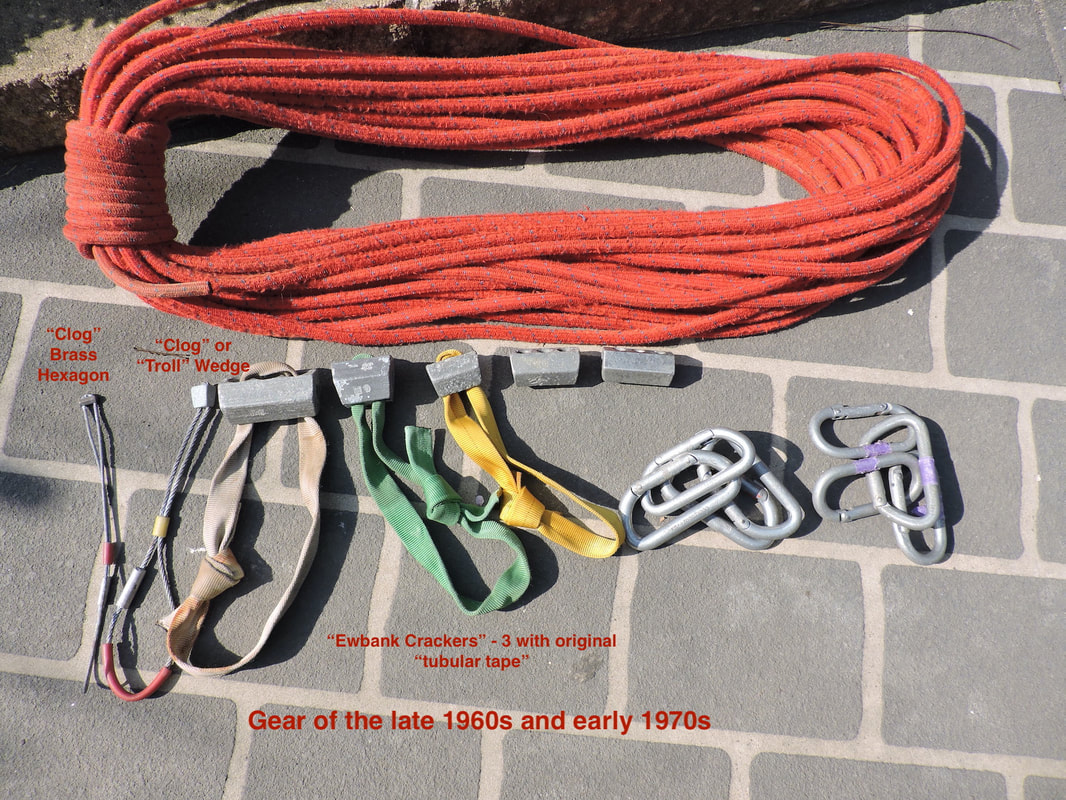 Piddo has allowed generations of climbers to cut their teeth on, not only the three classics outlined, but many others as well. John used words as well as he climbed, and he penned this before he passed in 2013.

“If each succeeding generation feels the need to outstrip the achievements of the past — which they must, for muscles are there to be used, not merely flexed — then I hope it may be done with a sense of reverence for the cliffs themselves”.

I don’t think that John would be disappointed with the state of his masterpieces at Piddo. 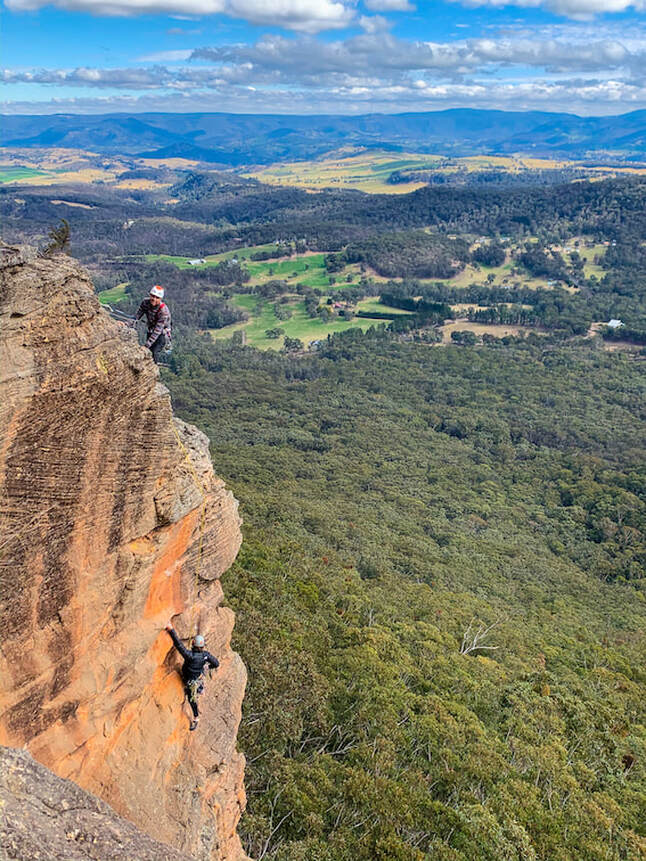