​
By Dave Barnes
Photo credit: Kamil Sustiak
In most climbing places you pass through, especially ones of pilgrimage, you will come across those demented ones that the mountains just can’t let go. The scruffy looking peeps who have darkened hands from anodised carabiners, weird looking toes from being cramped in climbing shoes for way too long and blunt everything’s, from ice axes to pocket knives. They have scavenged hands from getting their jam in cracks. These climbers have given up on normal and live for the climb. These demented ones are The Dirtbags.

Climb big or climb small, the best dirtbags I ever encountered were at Mount Arapiles, Australia. They were a dirty dozen with campsites that made hobo’s look rich. The Dirtbags scavenge for food among the campsite and in the supermarket bins at Horsham. They walked tight ropes by camp fires to impress the girls and talked Italian to finish the deal over a bottle of $6 wine and a can of tuna.

The poor climber is a universal figure. Like a police line up the Dirtbag is easily identified. Come day break at crags all over the world their opposite, the eager beavers, gear up. Cashed up climbers with shiny carabiners connected to quickdraws lined up in symmetry on unfaded harnesses. They wake at the sparrows first fart to get their climbs done and as many as is possible. Those folks know the clock is ticking and the grind will call them back to resume their clockwork orange on Monday.

The Dirtbags?  Their ropes hang on tree branches - wine skins lay by burnt stubs next to an extinguished fire place.  They are one sock lost asleep. Dirtbags answer to no one and seek only four things when they wake from their faded tent;
Why make climbing complicated? 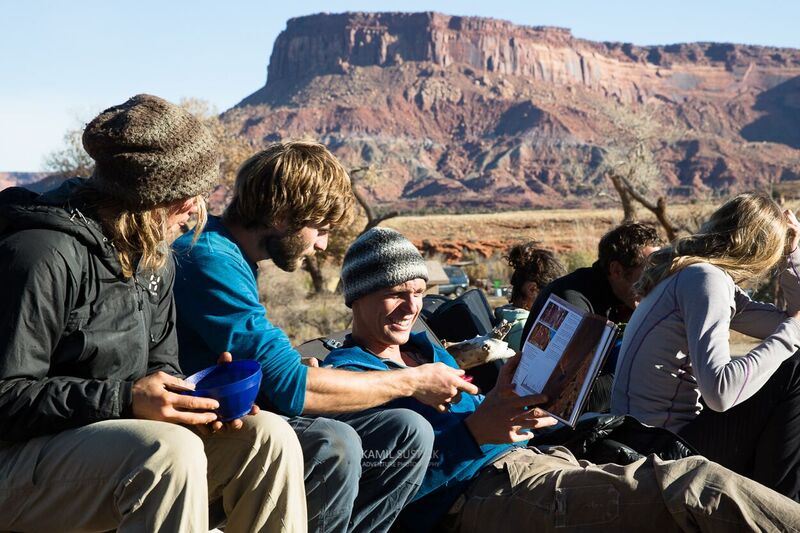 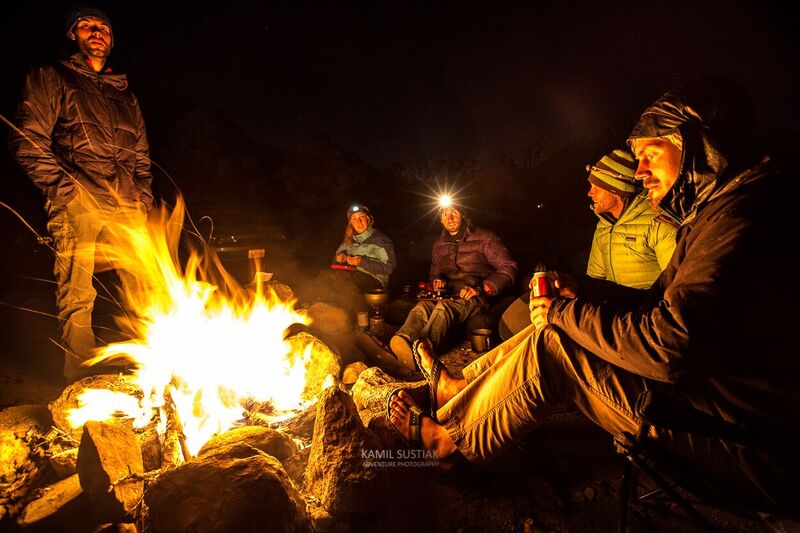 “Whatsup Bro?” Says one Dirtbag to another. The other Dirtbags look up. There is a cloud in the sky. Discussion is had, decisions are made.

“Chance of rain.” Back to the sleeping bag both Dirtbags go.

I have driven past Dirtbag Street at crags the world over but did not stop. Looking through the lens of a white middle class life I realize with great shame, I totally screwed up. I chose the safe path; work, car and weekend warrior. What I should have done was fill my car with climbing kit, then let the road and the people that intersect the two determine my tomorrow. I could have/would have practiced the calm art of  Dirtbag philosophy - live simple climb often and let the dirt be me cushion and the cliff be my lover. I didn’t. I took the road more traveled by.

Either way for climbers the path leads you to the base of a crag. Some crags and mountains have uber status and some are  just best forgotten. The Dirtbag finds honey where a weekend worrier will see choss. A Dirtbag sees the crack in the glacier where the tailored party sees only snow. Beneath that mat of greasy dreadlocks is a brain that is a fine tuned climbing commando.

Being a long timer is not all about climbing by necessity, they are resourceful. I know dirtbags as Monday and Thursday people. On Monday when the weekend warriors return to the paper chase the dirtbags rat around the camp site checking out what campers have left behind. Garbage bins are checked for left over food. There’s also the chance of an odd piece of gear. Back it goes to the camp squat and thrown in a corner or in an ice-box in order of importance. A magazine, book or newspaper often on top. Thursdays are Centrelink pay days and the raggedy dude will find his cleaner shirt and jeans and hitch a ride to Horsham to restock the big stuff or into Natimuk for the little stuff like a milkshake, some beers and some chalk.  At the nearby Caravan Park he or she will have the best stuff - a shower and hot water. Luxury. The Centrelink Dirtback is cashed up on Thursday and Dirtbags from other nations all can into the van to drive into town for an evening sitting at the pub.

The Dirtbag is well conversed in knowledge gleaned from random partners on countless climbs. With that comes stories. Cheap wine and large campfires make him look like Merlin and his stories and character cast a spell over all the clean folks seeking a taste of adventure.

I bet that if you go back into the closet of climbing memory you will draw out a Dirtbag memory. Of time spent as one or hanging with one. I also bet that long drive in a beat up van, sharing that crazy pitch, questioning the rag tag kit and listening to crazy dialogue shared with a Dirtbags on some obscure summit is now written across your heart.

Men and women who sacrifice their all for their craft are artists. Great bullshit artists too, but they can because they have - lived. A beer shared with a dirtbag is equivalent  to a case shared with a neighbour. The Dirtbag in their nothingness shows the rest of us what dedication and passion is. It smells of sweat and lives for the moment. In giving away everything for the climb. The Dirtbag has captured everything that climbing has to offer. Now that’s symmetry, bro.

As ugly as but as lovely as. The Dirtbag climber, come alpine drifter, come crag campsite talking guidebook. That climber in the moment  is living the dream. The Dirtbag is climbing like there is no need for tomorrow because the climber they are on and the mountain they are on is enough.

“Don that rope, Michilan Man. It’s time to go climbing.” With that the climb from the straight world walks forward in the shadow of the scruffy one who lives, because it is there. Both of them adding colour to the climb that is to come.