Photos and Story By Matt Tredway
It's the epicenter of all things alpinism; where technical mountaineering began. The iconic shape, and stand-alone beauty remove any question as to what you are looking at. It's the result of thousands of years of glaciers tearing away at its shoulders and leaving a steep, jagged monolith. These peaks of prominence attract climbers from around the globe. Ask a five-year-old to draw a mountain, and they will grab the nearest crayon and depict the Matterhorn. 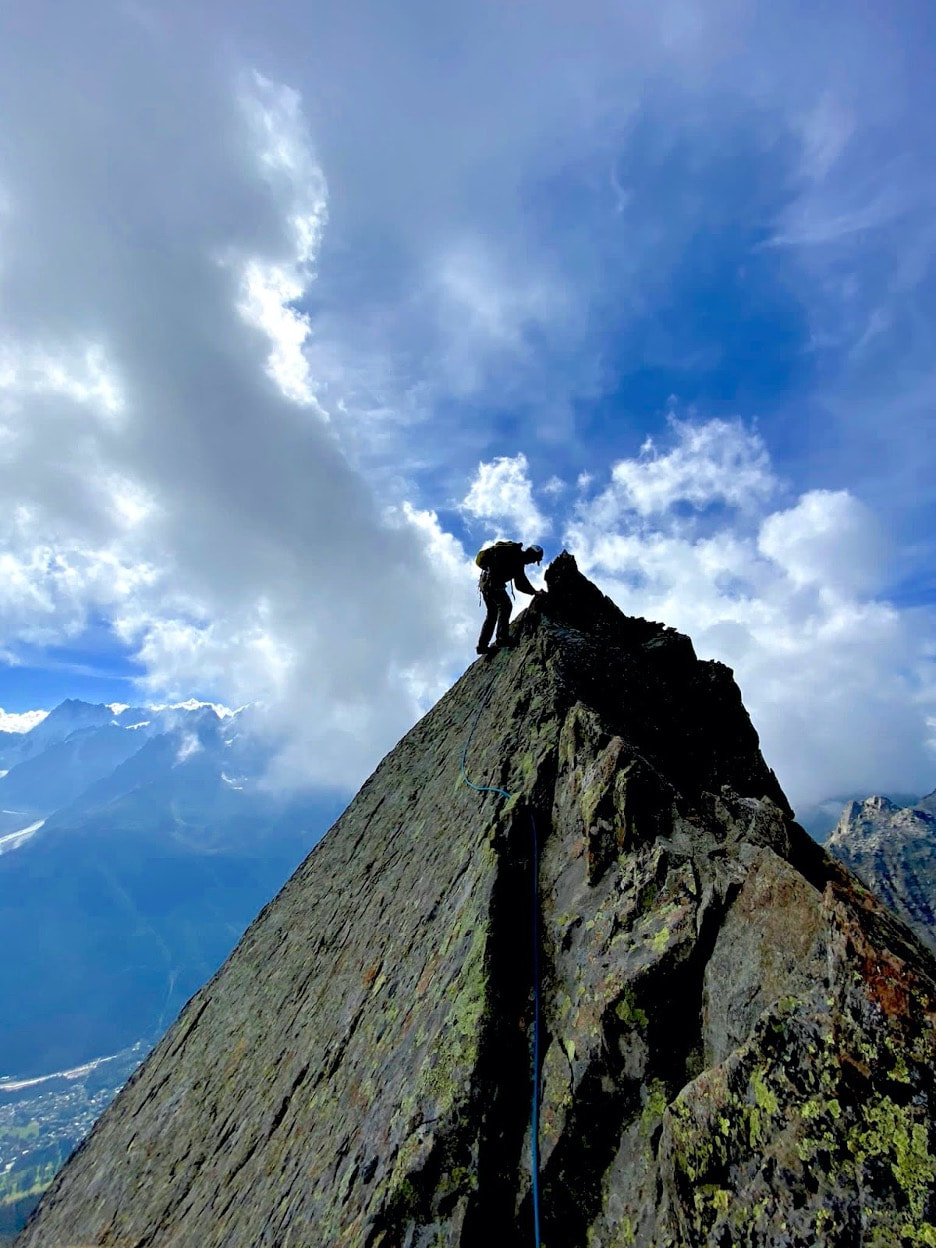 Author Matt Tredway nabs a rocky peak over Chamonix, France.
The day let us get comfortable with each other's style and techniques. His only comment: “Where is the joy?"

Taken aback, l exclaimed, "I couldn't have loved that anymore! What are you saying?"

"No, no, no..." Gabriel explained, "It's the clothes. You Americans wear black and brown…Are you driving for UPS? Splash in some color! Love a little!" He ended with an easy laugh. I glanced at our attire, clearly contrasting, and made a mental note.

The approach to the Matterhorn was a three-hour hike from a gondola out of Zermatt, Switzerland, with a 4000-foot elevation gain. We began late in the day as tourists trickled back from a viewing platform.
​
Trees, and most life forms stopped at an abrupt line leaving the landscape, quickly dominated by the peak and its entourage. A few hikers, seeing the climbing gear on our backpacks, offered warnings: “The mountain is closed, you should turn back... You can catch the gondola.”

​We had accounted for this, and were prepared we assured them.

(Ironically, some guides are currently pressuring the Swiss Government to close the mountain to all climbing except winter. Each short summer there are a dozen deaths, and melting permafrost has left the faces littered with loose rock - rock that will ultimately succumb to gravity.)

One day-hiker stopped me and asked, “Just how old are you? Do you expect to climb?"
The hulk of a mountain was draped with a blanket of stars. It looked impossibly steep and imposing. I felt the jitters that accompany great adventure and my mind replayed the stories l read about this mountain and the greats that climbed it.

Those ponderings were short lived as we encountered a rock face within the first five minutes. My attention shifted to our movement up the vertical face, a sea of rock being revealed in the tiny cone of light emitted from the headlamp. Thankfully, Gabriel had some memory of this route, having climbed it once before. 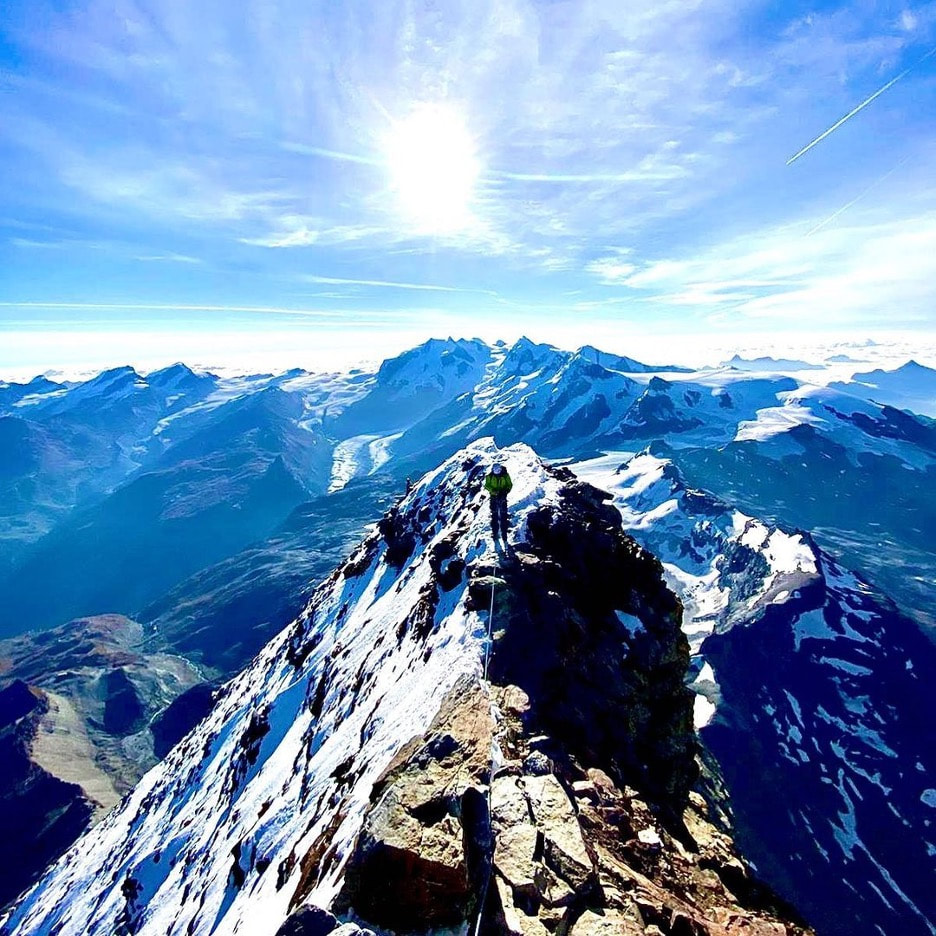 Author Matt Tredway on the Matterhorn summit.
The peaceful early morning summit celebration at 14,692 feet was suddenly burst by the rotors of a helicopter. It hovered, then circled us four or five times while occupants took photos. Initial disgust was replaced by a measure of bravado. Until now, there are exactly zero times l have had a cheering section on a summit. I had one now as the occupants fist pumped along with us. Minutes later we began our descent.

The magnitude of the mountain became obvious once it was fully illuminated with sunlight. This perfect picture suddenly had some edges that were frayed.

The descent became a serious, time-consuming down-climb after we left the ice. We found ourselves negotiating loose rock, cliff faces, and boulder problems. The route was nebulous and we couldn't depend on finding occasional colorful webbing anchors as markers. Chances are those markers were actually left by climbers that found themselves desperately off route, cliffed-out, and forced to resort to a rappel.
In retrospect, I realize that the process of training has become a lifestyle rather than a short-term goal. On top of that, I feel that climbing, by itself, means very little. Ultimately, it's how the experience affects our lives away from the mountains that means everything.