Is Diversity in America Diverse?

By Enock Glidden
Is diversity in America diverse?

In my mind diversity is a group of humans, each very different than the other, doing a shared activity.  I looked up the “official” definition of diversity in Merriam Webster. It is: “The condition of having or being composed of differing elements - VARIETY. Especially: the inclusion of different types of people (such as people of different races or cultures) in a group or organization.”

I decided to investigate further and I found a research article called “The Downside of Diversity.” The article discusses the results of a huge study by Harvard professor Robert D. Putnam about diversity.  The research points out some interesting effects of diversity, and maybe the reason we are struggling to be a diverse nation.

Based on an analysis of data from interviews of 30,000 Americans, Putnam found that people who live in heavily racially and ethnically mixed communities “distrust not merely people who do not look like them, but even people who do.” The findings continue. In diverse communities, people tend to "distrust their neighbors, regardless of the color of their skin, to withdraw even from close friends, to expect the worst from their community and its leaders, to volunteer less, give less to charity and work on community projects less often, to register to vote less, to agitate for social reform more but have less faith that they can actually make a difference, and to huddle unhappily in front of the television."

And, “more diverse populations seem to extend themselves less on behalf of collective needs and goals.” Putnam states, “There were neither great bonds formed across group lines nor heightened ethnic tensions, but a general civic malaise.” All these effects are the same no matter what age, gender, economic status, political philosophy, or race.

These research results were a bit shocking to the world of social science, because many smaller studies on diversity show how diversity, especially in work settings and problem solving tasks, greatly improves the number and types of solutions. But Putnam’s work, along with studies that followed his, showed the impacts of diversity on a broader, social level in the U.S.

Although Putnam’s work was used by politicians to back things like anti-immigration policies, Putnam himself was quick to point out that social divisions can and do change over time, creating new, all-encompassing identities (i.e. humans are capable of being flexible and over-coming limited perceptions to the benefit of everyone). Putnam cites the example of greater acceptance of marriages between people of different faiths and he talks about successes in targeted interactions that that allow for "meaningful interaction across ethnic lines."

The topic of diversity got me thinking about my experiences as a person with a disability and how I have been included or not included in society, and the extent of “meaningful interactions” (as Putnam puts it) that occur across groups of people – including climbing and other outdoor activities.

The first thing that came to mind was adaptive organizations.  These organizations exist so that people with disabilities can experience various activities they otherwise might not have the opportunity to do. Of course this is an amazing offering - I know I would not have been able to do a lot of activities without these organizations.  But, although they are promoting access, are they promoting diversity? I would say no.  At the the end of the day, there is still a great divide between the larger society and people with disabilities. 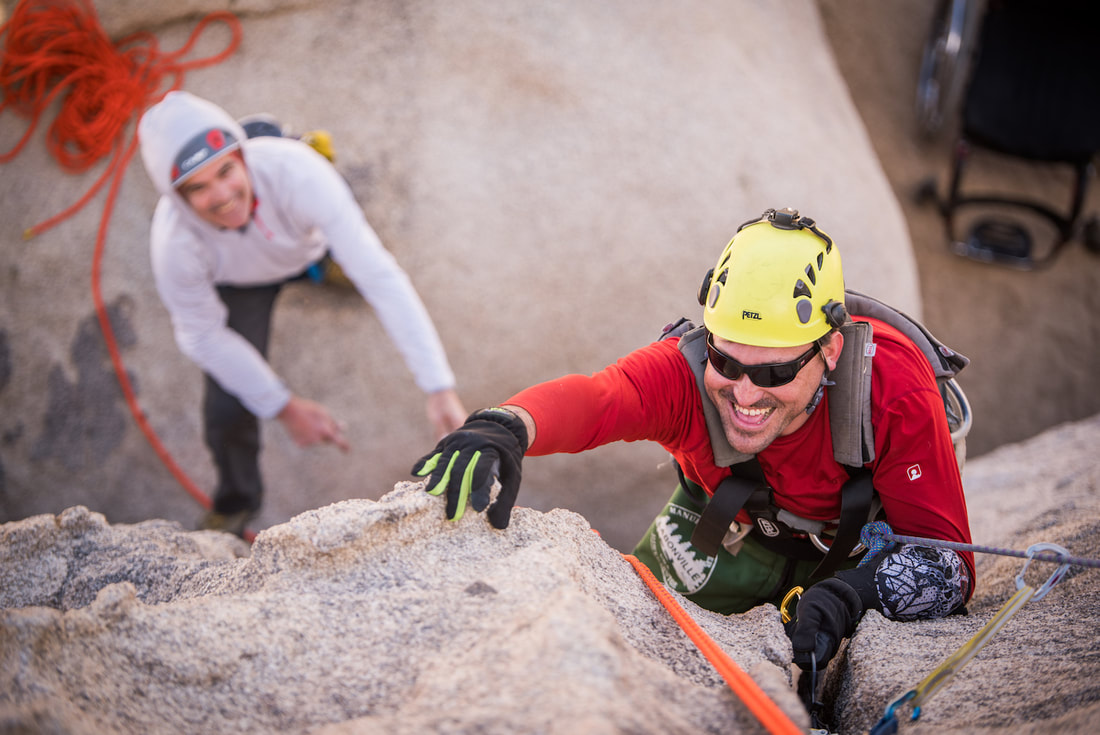 Enock climbing in Joshua Tree, California. Photo Credit: Will Strathman
In line with my experience with adaptive programs, I see events that are meant to get people of different races and backgrounds into the outdoors, focusing on people of that one particular background. As a person with a disability, I definitely recognize the need to have role models and multiple visual images of "people like me" to increase participation, make an activity inviting, and show what is possible. These events and groups play a crucial role in helping transition under-represented people into new, potentially scary situations (like the outdoors). They do this by creating a safe space emotionally, mentally, and physically. They also create a sense of community where there was none. These groups and events are critical and foundational in building representation. Ultimately, though, this still is not true diversity.

I believe when groups of different people begin interacting with each other, we move diversity forward. I think it would be great to see "group-specific events" that promote “meaningful interactions” to help us all move beyond our human tendency to, as Putnam says, become “turtles and hide” in diverse situations.

I truly believe that diversity is a good thing, but, as research shows, we actually have to work for it. It’s not something that “comes naturally” and, yes, it will probably make us uncomfortable to begin with.  So, we need to strive for diversity in different ways - more diverse ways.

For the people with disabilities community, yes, we need specialized adaptive programs, as the equipment is often totally unaffordable. But, when someone learns how to do a specific activity, they then need to be given opportunities to go out into the greater community to enjoy that activity apart from the adaptive groups.

Conversely, we need to invite the greater community to join the adaptive groups – not as “volunteers” and helpers, but as friends and partners. Ask them to bring their skis to come skiing with us, have a barbecue, throw a party, invite one and all.

We as separate, “diverse” communities should also invite other communities to join us.  And, conversely, there should be mechanisms for others "outside the group" to attend events geared toward someone else. When we do this, we can break barriers. We may find that our fear of other groups has been holding us back from experiences we enjoy.

In addition to purposefully bringing groups together, it's also important to directly address common questions, misunderstandings, or misconceptions that people might be embarrassed to ask or that may promote divisiveness. Creating an environment for openness and conversation and overcoming misconceptions is a critical step in the diversity process. 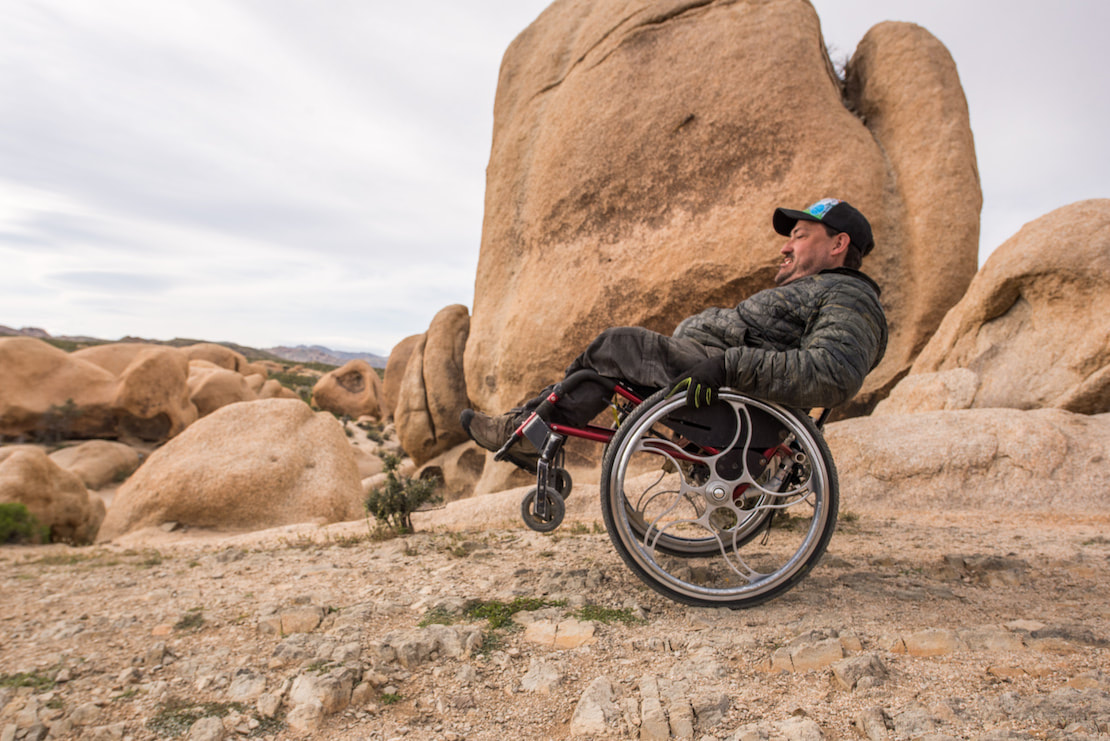 References/Resources
Check out more of the "Honoring Diversity" edition.