By Radek Chalupa
​What a fantastic climbing trip this was! Probably our second favorite to date, edged out from the top of the podium only by Mali.

We’ve been wanting to go climbing in Brazil for some 12 years. "Initially, other climbing priorities got in the way and later, as we started becoming more serious about the trip, we realized that the logistics were a little more complex than it seemed at first."  Sure, if you were to limit yourself to climbing in the city of Rio, all you’d really need is a guidebook and an Uber app; though even then a bit of local knowledge would be highly advisable in order to avoid some rough areas.

However, venturing beyond the city presents the usual logistical challenges (arrangement of permits, transport, lodging) which would be difficult to wade through on a limited time budget. And so we started looking for “enablers” who’d remove all those obstacles for us and yet let us climb stuff on our own.

This was not a trivial task as most guiding companies are reluctant to let you do your own climbing unsupervised. Finally, we stumbled onto a new company that did not reject our proposal outright. The good folks at Dia Lindo (“Nice Day”) seemed willing to set this up. We’d find out later that their only stipulation was that their team would be somewhere on the route with us – either above or below but generally out of our sight. This was a non-issue for us – so long as we can climb as an independent team, we’re fine with it. We would usually join forces on the rappels though as we would have done with any other climbing team anywhere else.

They put together an itinerary for us which included those climbs we absolutely wanted to try (Dedo de Deus, Agulha do Diabo, Pico Maior in Tres Picos) plus a few of their own recommendations. The whole thing was finalized 10 months before our departure.
This really was a trip to sample what the state of Rio de Janeiro had to offer climbing-wise. At a size just a bit smaller than the US, there are so many more great looking climbing areas to check out in Brazil. Campanhia da Escalada sells some very nice guidebooks for a handful of those areas as well as the 50 Classic Climbs Of Brazil tome (very nicely done and includes English translations).

After a very rainy arrival day, we had nothing but perfect weather for our two weeks in Brazil.  We based ourselves in an extended stay hotel in Ipanema, a beach-side borough of Rio de Janeiro made famous by a classic song.  This ensured we’d have plenty of caipirinha-fueled, beach-side rest day opportunities in-between climbs.  We managed to climb three classic routes in the city itself:  Via dos Italianos on Sugarloaf, K2 on Corcovado (the formation with the famous Jesus statue), and a scenic traverse route high above the urban sprawl called Via Passagem dos Ollhos on Pedra da Gavea. 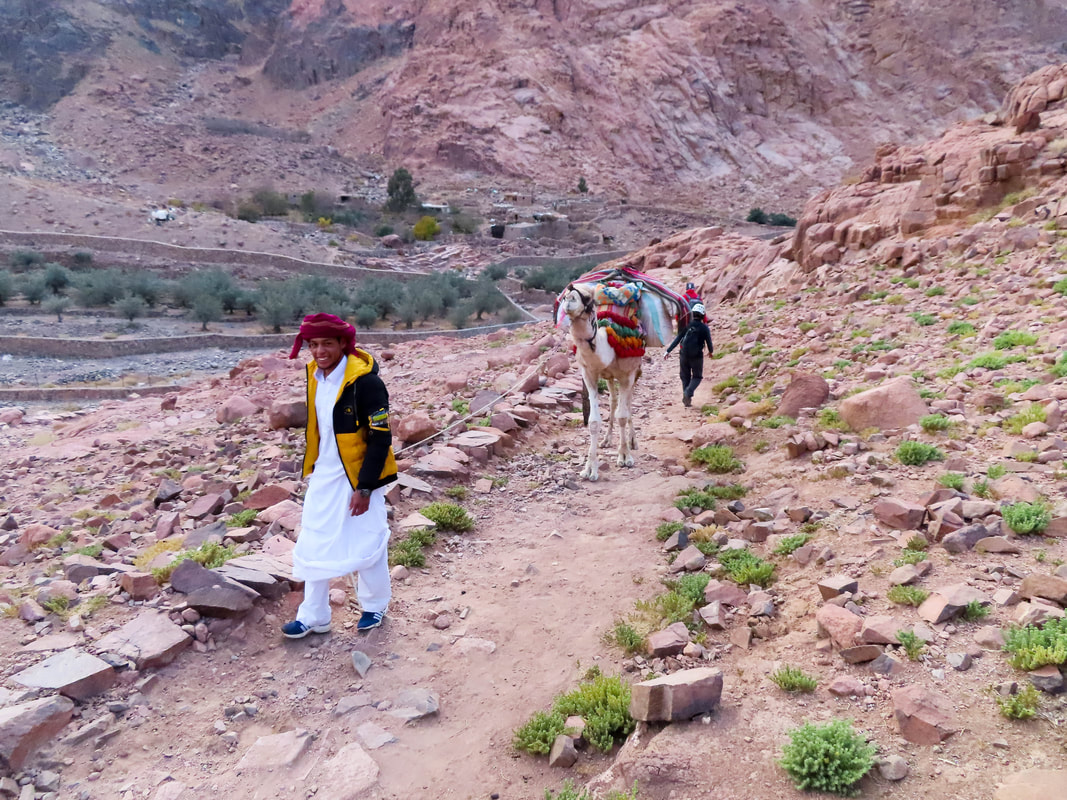 Shirley following a pitch about midway up Via dos Italianos on Sugarloaf formation in Rio. Also visible is the cable car (our descent mode). 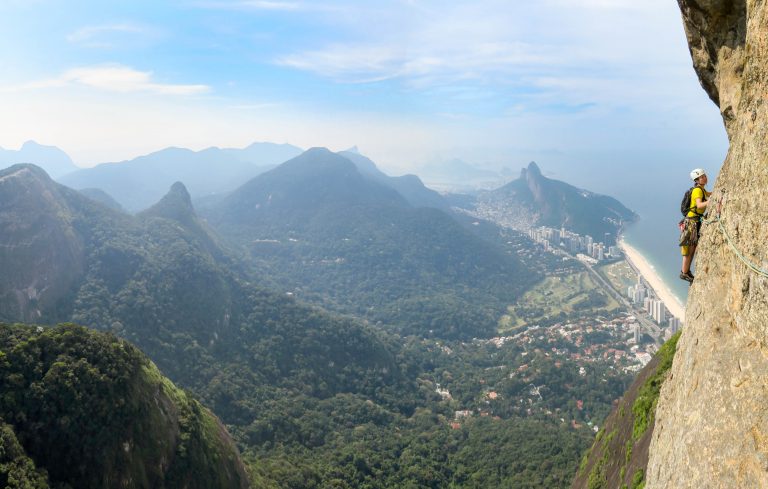 Shirley leading a pitch on the very scenic Passagem dos Olhos route on Pedra da Gavea with some of Rio’s beachside neighborhoods visible below.
We also did separate road trips (all within a 3 hour drive of the city) to climb the three formations that were at the top of our Rio wish list:  Dedo de Deus (Finger of God), Agulha do Diabo (Devil’s Needle), and the 700 meter East Face on Pico Maior in the Tres Picos Range.  Both Dedo and Agulha are incredible looking, >200 meter tall spires that just beg to be climbed.  The former requires a long approach over perpetually wet slabs (which are partly fixed with ferrata style cables) and its FA (1912) represents a significant milestone in Brazilian climbing history.  The latter had us overnighting in a European-style alpine hut the night before followed by a long, bushwhack approach through the jungle to reach the base.  The longest climb of the trip, Face Leste on Pico Maior, is a 16 pitch adventure that puts you on the summit of a giant granite dome with no non-technical routes to its top. 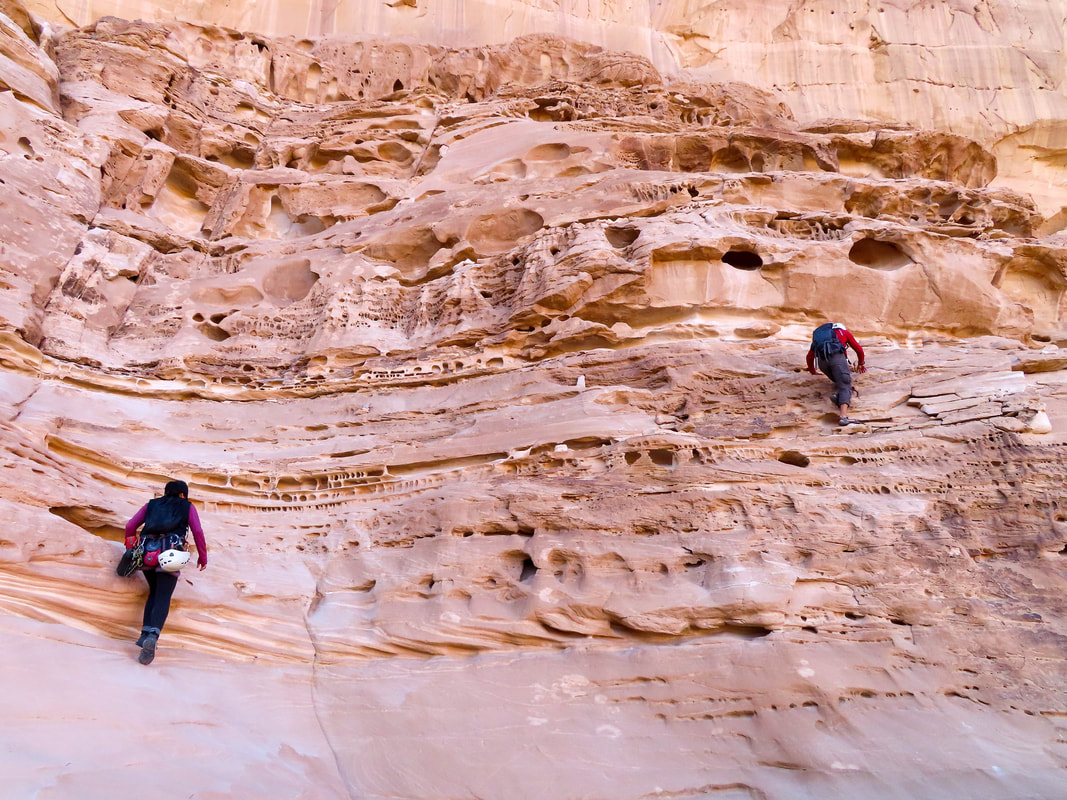 Shirley leading the final “pitch” of the East Face route on Dedo de Deus. The FA party (1912) hauled up a large tree trunk to overcome the final overhanging summit block. It has since been replaced by a steel ladder.
With the exception of Italianos (5.10) and Passagem (5.7 A0), all remaining routes fell into that 5.9-5.9+ regime expected of most classic routes the world over; all with a good dose of wide and/or runout terrain and some with A0 thrown into the mix.  The rock was uniformly good in all cases:  a beautiful, coarsely grained, blackish granite.  Additionally, our “enablers” turned out to be great company and excellent back-country cooks.  They became the climbing friends we no longer have at home (where careers, procreation, and middle-age have effectively culled our climbing circle) and were crucial to us being able to tick the climbs we had, especially those outside the city. 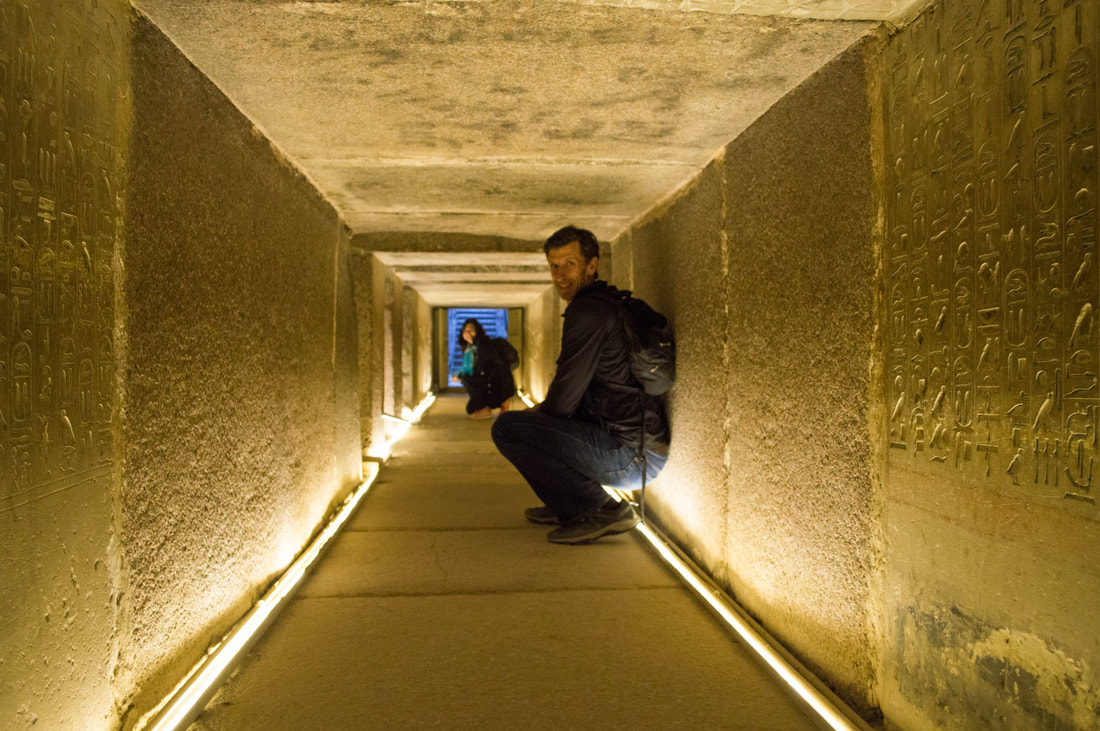 Shirley exiting a chimney pitch onto the spectacular headwall about midway up the East Face.
​This really was just an appetizer in terms of what Brazil has to offer climbing-wise.  We are daydreaming about going back for more.