​You are based out of Hobart, Tasmania. Tell us a little bit about Hobart – what’s it like to live there?

I love living in Hobart. It’s got a chilled out, country town vibe with all the comforts of a small city and it’s a paradise for anyone who loves the outdoors. There is so much to do, from hiking and climbing, to mountain biking or surfing, all within easy reach. 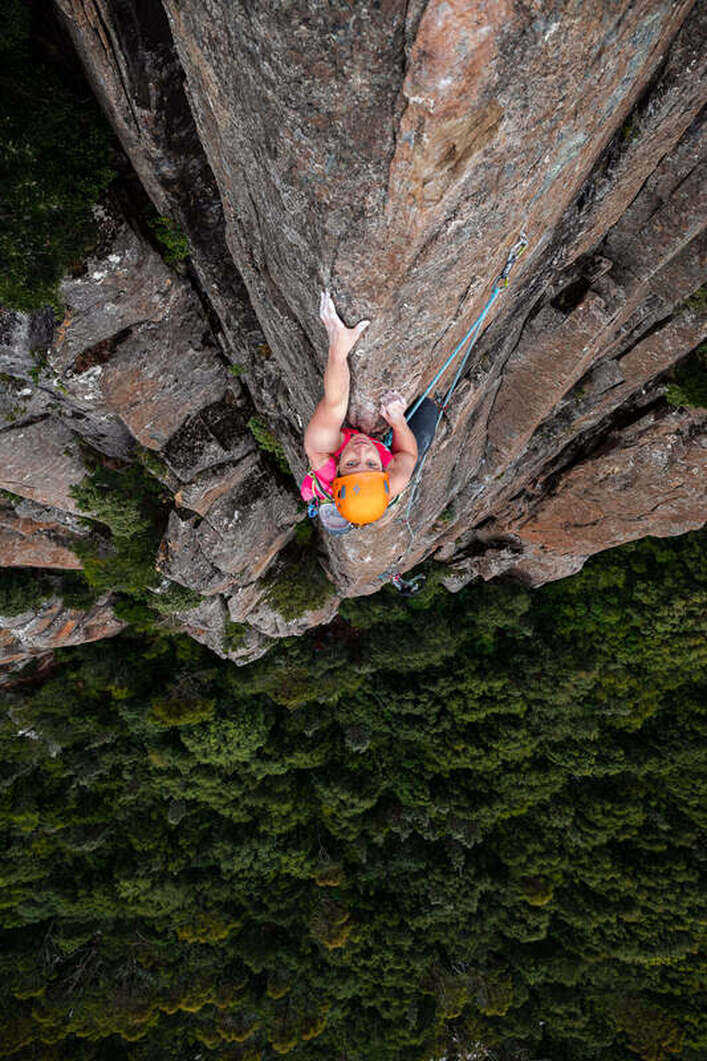 Tink Olynick on "Remembrance" (21 /5.10d) at the Organ Pipes, Tasmania. Photo Credit: Michael Blowers
​Is Hobart where you grew up? If not, when did you arrive and why? And where are you from originally?

I’m not originally from Hobart, I moved over here from Perth (Western Australia) around two years ago now. At the time I was feeling the need for a change of scenery and got lucky enough to be offered a job in Hobart and with all the brilliant climbing and hiking here I quickly packed my bags and moved over. 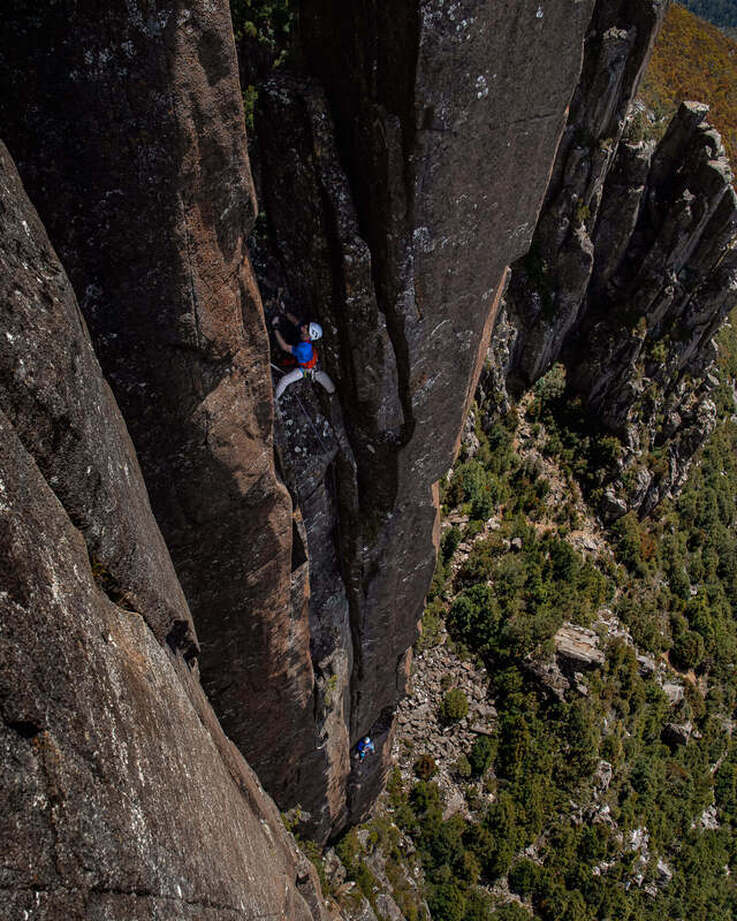 Martin (lead) and Macca (IG: @reek_ie) on Icarus (20/5.10c) at the Organ Pipes near Hobart, Tasmania. Photo Credit: Michael Blowers.
Tell us your rock climbing story. When did you start and how?

I started somewhere around 8 years ago now when a friend took me to a gym and instantly fell in love with climbing. As it does with most people, climbing lifestyle well and truly took over and I’ve spent most of my free time since out on the rock. I’d say I’m predominantly a sport climber but I also do a lot of trad and wrestle the odd pebble.

I had a couple of years where I was really interested in chasing grades and climbing as hard as possible but in the last few years I find myself interested more in just climbing whatever inspires me. Sometimes that’ll be adventurous or easier climbing, and sometimes I’ll be something hard that I just can’t resist getting on. 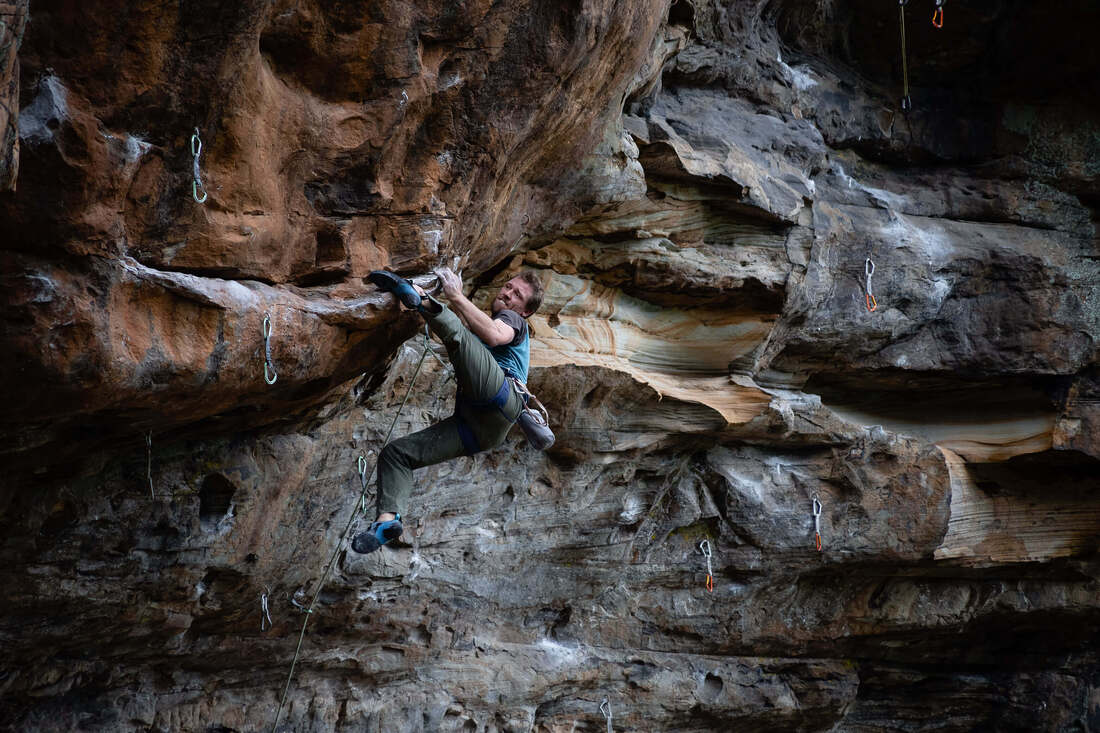 Seb Fuller (IG: @sebastian.fuller.10) on Juno (27/5.12c) at Sand River, Tasmania. Photo Credit: Michael Blowers
For the techies in the audience, what type of camera do you have and how do you approach editing your photos?

At the moment I’m using a Canon 6D mk II, it’s a little on the heavy side but I love it and I’ve been generally sticking with my 24-70mm and 70-200mm lenses. I’m a big fan of the 24-70mm, it’s wide enough to capture the wider scene but tight enough you can still clearly see the climber and any emotion they’re showing.

As for editing I feel like I have a general style but it changes all the time as my taste changes or I learn new things. I tend to lean towards fairly high contrast images with somewhat muted colours but usually I don’t need to do a whole lot to my shots outside standard processing. 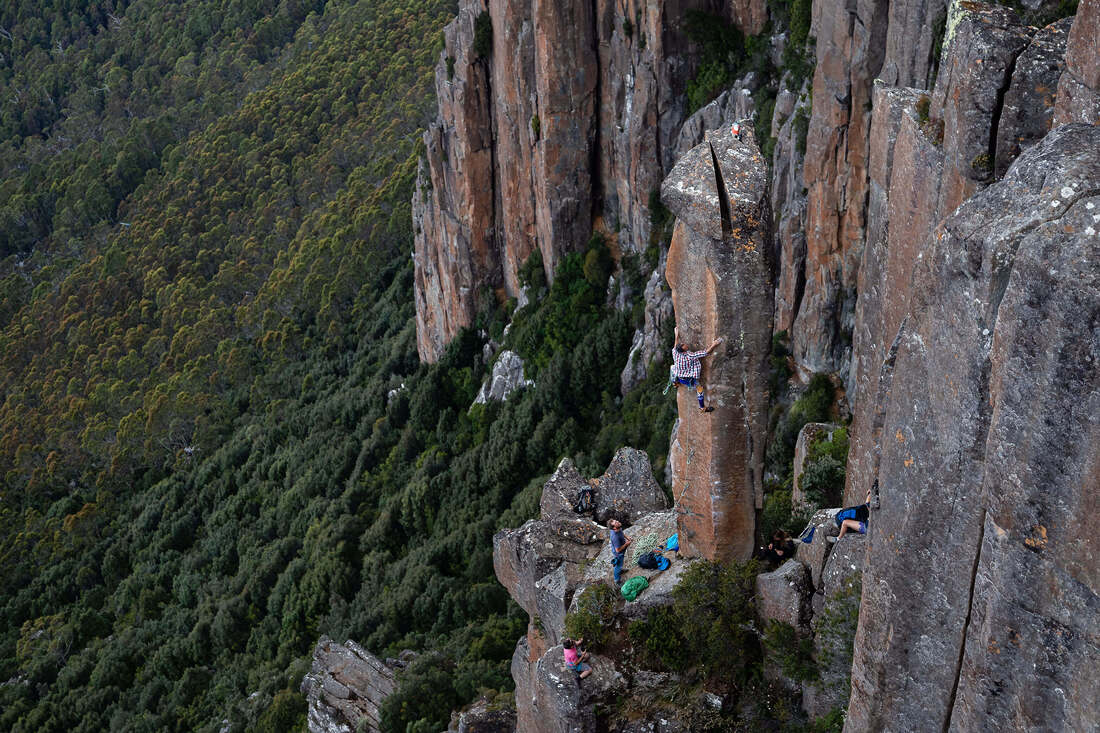 Michael Bortoluzzi (IG: @michaelbortoluzzi) on "Slap Dancer" (27 /5.12c) at the Organ Pipes, Tasmania. Photo Credit: Michael Blowers
What do you do to pay the bills?

I work in IT full time nowadays, originally specialising in security. I would love photography to become a full time or part time venture but we’ll have to see how it goes, I’m still fairly new to the scene.
Do you have any goals – personal, with climbing, and with photography?

A climbing goal I’ve had for a long time is to climb an 8a (5.13b/30) and I may have found the route that has me psyched enough to put in the required work. It’s called Pleasant Screams Direct, it’s a 50m pitch of mind-blowing climbing at the Organ Pipes. I’m not someone who chases grades too hard so it’s great to find a route that gets me excited to train for it.

For photography, I’d love to reach a point where I can at least work with photography part time. I couldn’t think of anything better than doing what I love for work. 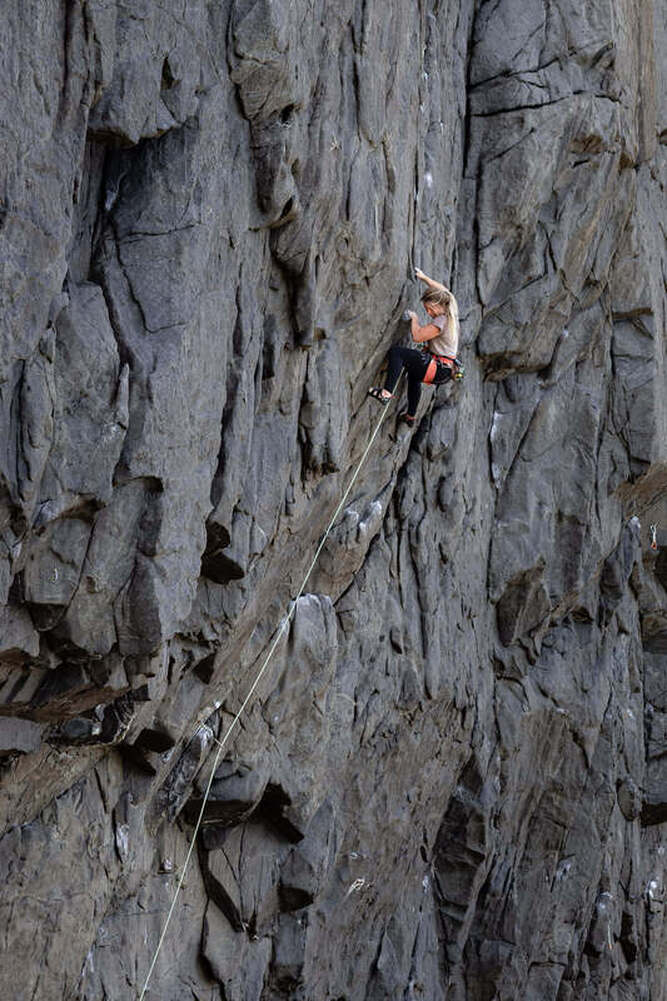